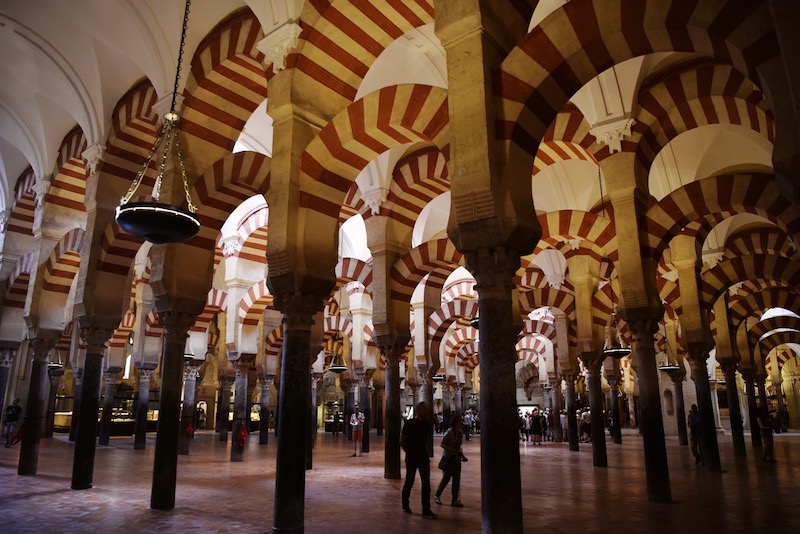 The Cathedral of Cordoba in the historic centre of Cordoba, Spain.
Guo Qiuda/Xinhua News Agency/PA Images

The mayor of Cordoba in Spain has vowed to resist Muslim demands for the city’s sixth century cathedral to be turned back into a mosque, following the reconversion of Hagia Sophia in Istanbul, and urged the country’s socialist-led government to ensure it remains Church property.
“Legal reports from our city council and the Andalusia government are clear: ownership of the cathedral belongs to the Church,” Jose Maria Bellido told Spain’s EFE news agency. “As mayor, I intend to defend our city, and if people come from outside telling us what to do, they are going to have the door closed in their faces.”
The 42-year-old politician, a member of Spain’s centre-right opposition Partido Popular, was reacting to calls by the president of Turkey and some Muslim leaders for Islamic worship to be allowed again in the Visigothic cathedral, which was rebuilt as a mosque in 785, when Cordoba became capital of Moorish Spain, but reclaimed after the city’s recapture by King Ferdinand III in 1236.
He said plans by premier Pedro Sanchez’s Socialist-led government, in power since January, to recover assets “improperly registered to the Church” risked fuelling foreign interference in national politics and would be resisted as a sterile debate by local officials.
In 2018, Cordoba’s Socialist-run council ruled the cathedral had never belonged to the Catholic Church and should be re-registered as a civic building, allowing local Muslims access as a way of “burying past confrontations”. However, this was over-ruled in July 2019 by Bellido, a decision welcomed by Bishop Demetrio Fernandez Gonzalez, who said the cathedral, a UNESCO World Heritage Site, had been“”quietly, peacefully possessed” by the Catholic Church for eight centuries.
Demands for Muslim access to the building are expected to increase following a July statement by President Recep Tayyip Erdogan of Turkey, calling for religious buildings to be returned to Islam “from Central Asia to Andalusia”. In early August, an emir from the United Arab Emirates, Sultan Mohamed Al-Qasimi, also urged the cathedral’s return to Muslims.
In a late July pastoral message to Catholics, Bishop Fernandez Gonzalez cautioned against “an all-out struggle between Moors and Christians” in a society that dispenses with God. He added that forgetting Spain’s deep Christian roots would risk “the worst of repressions and catastrophes”.