Another glimpse into the future of the West. Do you doubt that? Really? But how is anything remotely connected to criticism of Islam, even simple opposition to jihad terror, treated in the establishment media and by both parties now? 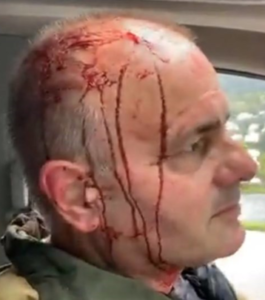 An Islam-critical leader in Norway was violently attacked by a Muslim mob in Bergen. The incident makes the Progress Party, which is in the government, react strongly.

– We are on our way to the Swedish state, warns the former Minister of Immigration Sylvi Listhaug, writes in Document.

Violence and total chaos arose when Islam-critical SIAN (Stop the Islamization of Norway) held a demonstration at Festplassen in Bergen on Saturday.

Groups of Muslims and left-wing extremists had gathered at the site for a counter-demonstration. 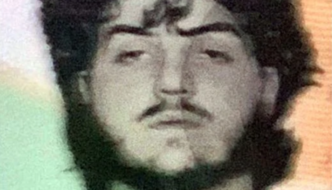 NYC: Muslim who stabbed cop in the neck while screaming ‘Allahu akbar’ says ‘my religion made me do it’

When SIAN leader Lars Thorsen in his speech said that Muhammad was a false prophet, a Muslim mob attacked and beat him down, writes NRK.

In photos from the incident, Thorsen is then seen being taken away by the police while he is bleeding from the head.

Police have arrested three people in their 20s for the assault of Thorsen. However, at least two of them have already been released, according to NRK. A total of about 15 people are suspected of disorderly conduct.

The Norwegian media have focused on accusing the police of violence because tear gas was used to disperse the stone-throwing rioters. Among other things, left-wing activists are interviewed who accuse the police of having “gassed” them and “used chemical weapons against children”. The Social Democratic Labor Party and the Norwegian Left Party also criticize the police.

Sylvi Listhaug, top representative of the Progress Party and former Norwegian Minister of Immigration and Integration, reacts instead to the attack on Lars Thorsen.

– In Norway it is allowed to say negative things about the Prophet Muhammad. That young people attack people because they express such legal opinions makes me feel that we are on the way to the Swedish state.

“The Swedish state” is a term that is often used for deterrent purposes in Norway and Denmark to describe the immigrant-related chaos of violence that neighboring Sweden has suffered.