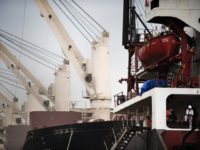 “It is not appropriate to label all, or even the majority of those, who question Islam & Muslims as Islamophobes.”– CAIR Report 2013, Legislating Fear: Islamophobia & its Impact in the United States

As I told @TuckerCarlson tonight: I am declaring a one-man war against critical race theory in the federal government and I will not stop my investigations until it is abolished from our public institutions. pic.twitter.com/NnYgB7s4zM

BLM Is Not About Police Brutality or Treating Blacks Fairly

What Black Lives Matter actually stands for (and has athletes taking a knee for) is less anodyne, as can be confirmed by listening to the “mostly peaceful protesters” themselves rather than the spin doctors who empower them.

For example, on the day following the devastating looting in Chicago Sunday night, protesters posed with a large sign proclaiming, “OUR FUTURES HAVE BEEN LOOTED FROM US… LOOT BACK.”

To openly advocate looting is not moderate or even civilized. Neither is demanding that whites give up their homes:

The video above was recorded in Seattle, in case you are wondering why there are no police around to maintain public order.

Something else that most everyone agrees on is that bullying, lawlessness, and racial animus are bad.

One thought on ““OUR FUTURES HAVE BEEN LOOTED FROM US… LOOT BACK.””