They’re denying the Science, you know how to what extent the left has stuffed all of these federal agencies, they’ve stacked the place with activists, not actual scientists…

Part (II) Epidemiology Professor Dr. Rich (Yale) says (CNN) is doing a disservice to the American Ppl (Rich) explains (HCQ) has been taken Billions of times by Ppl all over the world for (65) yrs yet now it’s suddenly dangerous “Its a Political drug now, not medical” (GOT THAT)

“It’s caused a population ignorance & we’re fighting a propaganda war against the Medical facts” Dr. Risch says for reasons that have nothing to do with Science politicians & the MSM denying is causing the needless deaths of CV victims, praises physicians who administer (HCQ)

Remember when Trump said he took it, it lit all their hair on fire, they can’t have that, the MSM is and always will have a seat a the DNC table, the two go hand in hand, HCQ has to be stopped at every turn.

Soros’s daughter, you can tell she was ready to pounce, the study she cited was debunked, but to them its no matter, they can’t allow this proven drug to be administered nationwide, These people are sick.. literally.

The stupid is heavy on the brain: 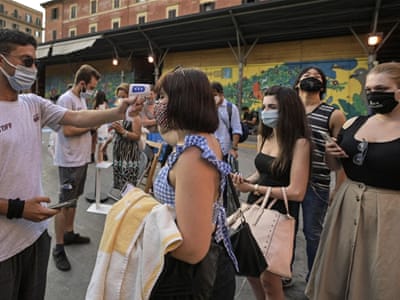