They are all bullshit artists. The food of Christians & Jews is halal to Moslems. These are soldiers of allah who’s jihad is grievance-mongering.

‘Mental torture’: Muslim immigration detainees say they haven’t been given halal food for more than a year

They are among more than 100 men detained in a Kangaroo Point hotel after they were evacuated from Nauru and Papua New Guinea for medical reasons. 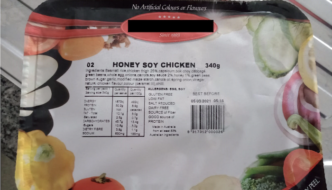 Come and get me, you whore!

Along with proscription, Senator Keneally will say it is also important to prevent people from being radicalised, protect people online, name and shame individuals and groups and celebrate the country’s multicultural society.

“Right-wing extremists are hiding in plain sight, on Facebook and other common use social media platforms,” she will say.

In other words, she wants total censorship of everything she dislikes.

***
Why has the Covid crisis not disappeared already?

One thought on “Mental Torture”