Hungary rejects EU’s new calls for open borders, insisting on right of sovereign states to control their own borders

Hungarian Prime Minister Viktor Orbán has for a considerable period declared his commitment to protect his Christian country against mass migration and Islamization. In 2015, he said that the swarm of migrants flowing into Europe looked more “like an army.” Now, he adds: “I don’t even want to think about the integration of Muslim people in Europe. The most we could hope for is a peaceful life next to each other, which is called a parallel society.”

What we have been facing is not a refugee crisis. This is a migratory movement composed of economic migrants, refugees and also foreign fighters. This is an uncontrolled and unregulated process.

The Hungarian Prime Minister has meanwhile been spending millions to help persecuted Christians in Syria and Iraq, despite accusations of being “racist”; the EU has ignored these persecuted people. 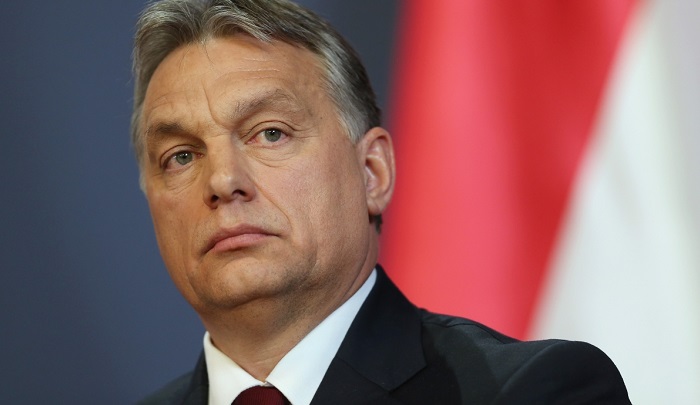 ROME —The Hungarian government has rejected new calls for open borders, insisting on the right of sovereign states to control their own borders.

Government spokesman Zoltan Kovacs responded sharply to a Bloomberg op-ed by Andreas Kluth Tuesday, which called Hungarian Prime Minister Viktor Orbán a “saboteur” of European Union (E.U.) immigration reform who had failed to open his nation’s borders to waves of migrants in 2015.

“Perhaps ‘journalism’ like this is to blame for the tragedy at the Moria camp,” Mr. Kovacs responded on Twitter. “Reporting that it’s wrong to require migrants to request asylum in first safe state, claiming PM Orbán ‘blocked’ refugees, pushing the ‘open borders’ position as if it were a human right. It’s not.”

In his September 11 essay, Mr. Kluth urges the E.U. to “strong-arm” leaders who resist, starting with Orbán, in order to “fix” its migration system, or risk a further series of humanitarian disasters like the recent fires in the Moria refugee camp on the Greek island of Lesbos.The E.U. “still makes most decisions by unanimity, and the usual suspects — always led by Orban and his copycats in the nationalist government of Poland, but also including states like Austria — block every step,” Kluth declared. “In effect, they’re sabotaging the E.U.”

Hungary has stood out for its defense of national sovereignty in opposition to E.U. efforts to coerce member states into taking a certain “quota” of migrants independent of the wishes of their citizens.

In 2016, Mr. Orbán said that the E.U. was “destroying” the continent by forcing member states to accept quotas of mass Muslim immigration, which creates segregated societies and parallel legal systems.

“The uncontrolled influx destroys Europe and it doesn’t even help the migrants. It’s better for everyone to stay in their own territory,” he insisted.“We are not here to solve the migration problem, but a historical one. We, Europeans, Hungarians, Christians, have to describe our attitude towards immigration,” he said.

In his speech, Orbán criticized leaders like German Chancellor Angela Merkel for encouraging more than a million people to come from the Middle East during 2015.

Allowing this idea to rule “will destroy Europe, and its culture and economic system too,” he said. “And we don’t help those who left their home countries. And those who stay are also losing with this attitude.”

“I don’t even want to think about the integration of Muslim people in Europe. The most we could hope for is a peaceful life next to each other, which is called a parallel society,” he added……