Notice the narrative changes depending on who is protesting.

What really happened when Victorians came out to lawfully exercise their human rights. What the mainstream media won’t show you, the independent media will. ABC news is reporting that “About 200 to 300 people were estimated to have attended the rally” Have a look at all the footage to see if this mistruth adds up. Who is the mainstream media lying on behalf of and why are they suppressing this type of real news and information from the general public? Everything I filmed was for the protection of myself and the Victorian people as it is unclear if the police and the State Labor government are acting in violation of multiple laws themselves based on the conflicting statements of Assistant Commissioner Cornelius on 22.10.2020 and Daniel Andrews on 23.10.2020.

Avi Yemeni tried to protect a child while his father was dragged away by police for not wearing a mask on Friday in Melbourne. FULL REPORT: https://rebelne.ws/35m5j4y

Oops: WHO Now Says Lockdowns Are a Bad Idea That Should Be Avoided 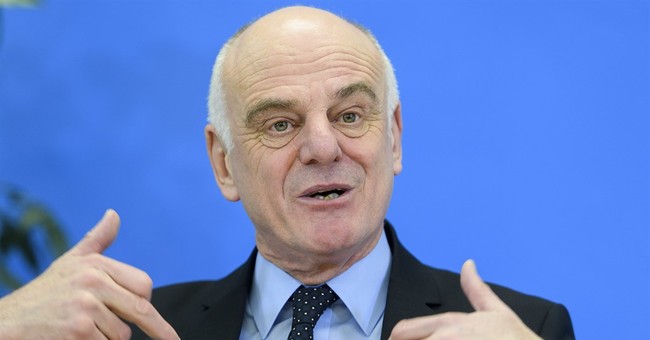 The World Health Organization (WHO) has changed its position on government lockdowns as a measure for combating the Wuhan coronavirus. The WHO now believes that lockdowns have unintended consequences and should be avoided.

“We in the World Health Organization do not advocate lockdowns as the primary means of control of this virus,” Dr. David Nabarro, the WHO’s Special Envoy on Covid-19 told The Spectator.

Alan Jones: it was never a pandemic

COVID causes a global crisis of freedom
Alan Jones, The Daily Telegraph October 21, 2020
I am forever an optimist. But there is certainly a crisis in this country and, indeed, in the Western world. It’s a crisis of trust, because we also face an economic crisis, a mental crisis, an unemployment crisis, business viability crisis, an aviation crisis, a crisis in the arts industry — the list is endless, all a derivative of strategies addressing a virus which are utterly out of all proportion to the nature of the problem.
As a result, we learn this week that Millennials in democracies throughout the world are more disillusioned with their system of government than any young generation in living memory. This is a survey of nearly five million people.
Roberto Foa, the study’s lead ­author from the Centre for the Future of Democracy at Cambridge Uni­versity, was quoted as saying: “This is the first generation in living memory to have a global majority who are ­dissatisfied with the way democracy works …”
.
David Kemp is a former federal Liberal MP, a colleague of mine in a Prime Ministerial office, and one of the most formidable defenders of liberal traditions. He wrote recently: “The corrupting effect of political power and self-interest has so clearly outed itself. The pandemic has highlighted some simple and sometimes harsh truths about ourselves, our leaders and our democracy … The most important truth is that, as individuals, we suffer, and some of us die, not from the virus, but from the lack of freedom to express and achieve our values and pursue our dreams.”
.
Rightly, argues David Kemp: “These disturbing occurrences underline how vital our civil liberties, democratic processes and constitutional constraints are to our wellbeing as a people and a nation.”
.
Well may we ask if we will ever get them back. Section 92 of the Constitution guarantees that intercourse among States should be “absolutely free”. No section of our Constitution was more rigorously debated leading up to Federation in 1901 than Section 92. Our Federal government refuses to go to the High Court to defend our Constitution. If our national government won’t, who will?
The “science” is thrown back at us to justify what is nothing more than totalitarian behaviour.
.
John Tierney, in City Journal, a publication of the Manhattan Institute of Policy Research, which is a leading free-market think tank, wrote recently of lockdowns and of Anthony Fauci, the White House adviser, whom Donald Trump has roundly criticised: “He and politicians like New York Governor Andrew Cuomo and British Prime Minister Boris Johnson, profess to be following the science. But no ethical scientist would conduct such a risky experiment without carefully considering the dangers and monitoring the results …”
.
When a politician says that this is all because of “the science”, why you can only have 10 here and 20 there and 300 there, and you can’t stand, you can only sit and you can’t sing, and you can’t shake hands — never has a single piece of paper been presented that provides an epidemiological justification for what we are being told to do.
Yet, the World Bank estimates that the coronavirus recession could push 60 million people into extreme poverty, which inevitably means more disease and death.
.
President Trump argued this week: “People are tired of COVID. I have the biggest rallies I have ever seen … ­people are saying “whatever, just leave us alone.”
.
As Henry Ergas wrote, clinically this month: “Every new case leads the evening news, reinforcing its image as the Grim Reaper. One might have hoped that the experts would set the picture straight.” Well, despite my protestations, no politician in this country has ever, and I repeat ever, quoted the World Health Org­anisation’s daily statistics — 99 per cent of cases are mild, 1 per cent serious or critical.
.
Indeed, as I write, in the whole of Australia, there are 17 people in hospital. But lockdowns persist. Everywhere. Not just Victoria.
Dogmatic political directions.
.
No debate, no justification.
.
Just do as you’re told or cop the consequences. Seriously, what country are we living in? Politicians should hang their arrogant heads in shame.
.
Mind Medicine Australia has put together a report, documenting the consequences of the response to this virus. And, among other things, it ­argues that, over the next five years, the additional cost to the Australian economy from those suffering from heightened psychological distress who remain employed, but at reduced productivity, is estimated at $114 billion; that modelling from the University of Sydney’s Brain and Mind Centre suggests the COVID-19 pandemic will contribute to a major surge, 25 per cent in suicides with an increase of up to 30 per cent among young people aged 15 to 25.
.
The greatest metaphor of the alarmism, fear and hysteria that has overtaken our country and, indeed the world, is the use of the word “pandemic”. This is not a pandemic.
.

It was never a pandemic.

.
It doesn’t matter which country you take — the US, with 328 million ­people, Sweden with 10 million people, or outfits like Italy, France, the UK, Spain and Australia in between — the statistics of people who are said to have died from coronavirus, (and remember, many of these people may have died with it not from it) nonetheless, the percentage of the population who have died is basically the same in all of these countries is 0.07 per cent.
.
Australia is an island continent with 25 million people. If we had not had Ruby Princess and international travellers, we could have easily ­escaped the whole show. But even so, deaths are 0.0035 per cent and look at the price we are now paying.
.
I have, for months, cited one international authority after another, who has argued the strategy is wrong.
.
Professor Joe Kettner, from Manitoba University, who said: “I have seen pandemics, one every year. It’s called influenza and other respiratory illness viruses. I have never seen this reaction and I’m trying to under­stand why.”
.
Professor John Ioannidis, the Professor of Epidemiology and Population Health at Stanford University (and think of those mortality figures I have cited) has said: “If we had not known about a new virus out there and had not checked individuals with PCR tests, the number of total deaths due to “influenza-like illness” would not seem unusual this year.
.
“At most, we might have casually noted that flu this season seems to be a bit worse than average. The media coverage would have been less than for an NBA game between the two most indifferent teams.”
We are in a social, economic and moral sewer, because we have failed to listen to world authorities.
.
A fed-up and disillusioned Australia is cheering when Professor Kemp ­argues: “The authoritarianism of those whose philosophies are based on ­centralised power and imposed conformity has been unmistakeable … it’s time for the Prime Minister to recognise … that giving priority to his relations with those who abuse their power and disrespect their citizens is not consistent with the strong lead that the ­nation needs.”
.
Our collective plea is, get out of our way, leave us alone and give our country and our freedoms back to us.