Death to Free Speech in the Netherlands – Again 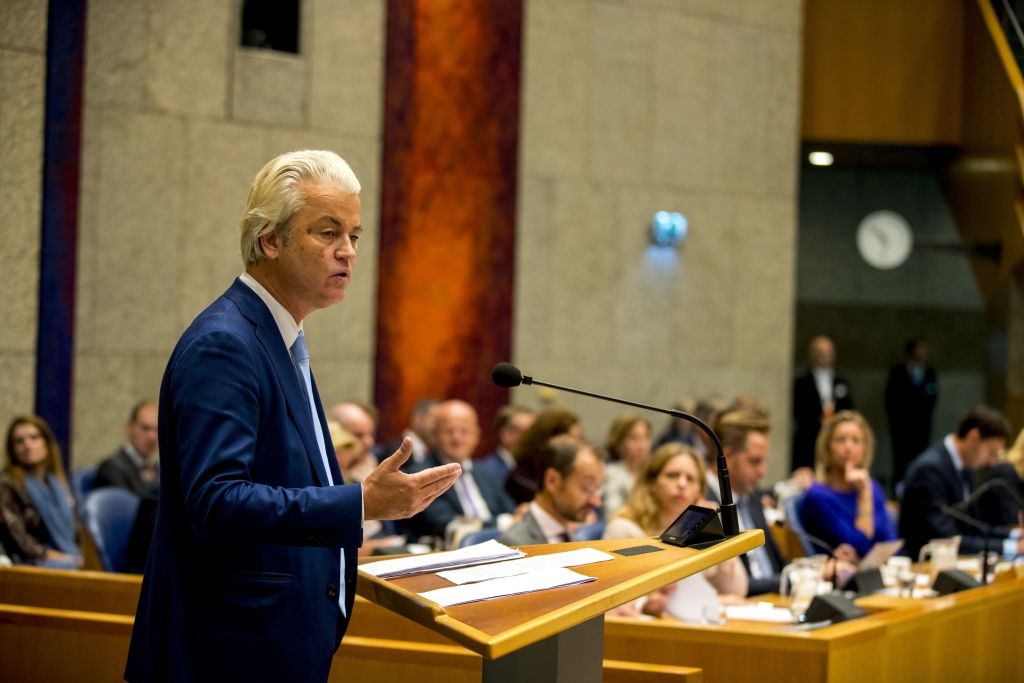 A Dutch appeals court recently upheld the conviction of Geert Wilders for supposedly insulting Moroccans in comments he made at an election rally in 2014. Pictured: Wilders speaks in the Dutch Parliament in The Hague on September 19, 2018. (Photo by Jerry Lampen/AFP via Getty Images)

A Dutch appeals court recently upheld the conviction of Dutch politician Geert Wilders for supposedly insulting Moroccans in comments he made at an election rally in 2014. At the same time, however, the appeals court overturned Wilders’ conviction for inciting hatred or discrimination against Moroccans.

At an election rally in The Hague in March 2014, as leader of the Partij voor de Vrijheid (Party for Freedom), reportedly the country’s most popular opposition party today, Wilders asked those present, whether they wanted “more or fewer Moroccans?” After the crowd chanted “fewer, fewer” Wilders said, “We’re going to organize that.”

One thought on “Netherlands: No Tolerance For Geert Wilders”