“If the election goes to Biden, that could well be the point of no return for this country.” pic.twitter.com/5AaRq73AyO 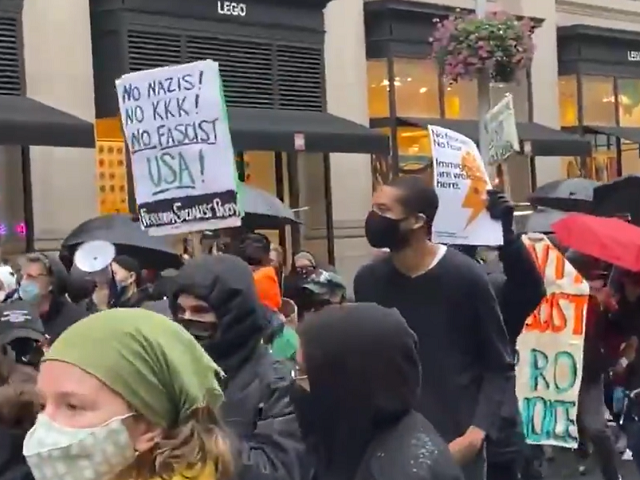 Peter Smith Quadrant Online 1st November 2020
.
It was England in October 1951. The first election I remember was coming up. My dad supported Labour and unwittingly, I am sure, filled by childhood head with horror at the thought of Labour losing. I recall being comforted by the thought that such a bad thing wouldn’t happen. Alas it did. After the initial shock I turned to other things. And the sky didn’t fall in. Not then.
.
Déjà vu. Another election and again I am fearful. This time of Trump losing and Sleepy Joe winning. And this time the sky might well really fall in. However, when I opened my weekend paper there was Paul Kelly arguing that global stability required a change in the White House and Greg Sheridan suggesting that American voters had a wretched choice to make. So, it wouldn’t be so bad then?
.
Sure, Sheridan thinks Trump doesn’t deserve to lose to Biden; though he does deserve to lose apparently. Yet proving that indeed doublethink can exist in the mind of a journalist, Sheridan lists some of Trumps “big achievements.” He took four column inches. And these are achievements to write home about, including “a staggering three Arab-Israeli peace treaties.” But in Sheridan’s mind these have to be measured against Trump’s “grievous deficits.”
.
I read with anticipation. What had Trump done that could conceivably offset all of his big achievements; one might say, huge and profound achievements. Here’s most of the grievous offsetting deficits.
.
First up, “he lies frequently and easily … is foully abusive of political enemies and in the past especially of women.” While no examples of his lying or abuse most foul are provided, let us suppose that Trump has transgressed against good taste in his time; and, as Sheridan claims, is also guilty of at times of being erratic and unpredictable, if John Bolton is to be totally believed; and, to boot, has at times expressed admiration for awful dictators, has allowed the budget deficit to grow, and has not been friendly enough to America’s allies.
None of it, including the bits I left out, amounts to a hill of beans. Currently Trump is on the parapets, having fought off the
barbarians, and is preparing to do battle again against overwhelming odds.
.
Meanwhile, well back behind the front lines, those who should support him are sniping away. He’s cussing too much; his tunic is unbuttoned. They are a problem. They are the problem.
Those of us on the conservative right and centre right need to understand the character and intentions of the modern Left. We cannot afford to undermine our champions – well, in these times, our only champion. This doesn’t mean being uncritical. It means we don’t snipe and snipe away at every opportunity.
.
Whatever faults Churchill had – and apparently, according to some, they were many – they paled against the need to combat the onslaught of Nazi Germany. Equally, we need to combat the onslaught of Biden and his Marxist puppeteers. Who do we have to stand up against them? I might have missed something or someone. Will those who find Trump distasteful please enlighten me?
.
The Left hate Trump. Most journalists are hacks openly or covertly of the Left. They are either invested in the collapse of our values and civilisation or they are useful idiots wedded to a left-wing ideology that has long since been overtaken by Marxism and green zealotry.
.
Nothing can be expected from them except misinformation and bile. Those journalists not occupying the left side of the political spectrum – an endangered species — need to infuse their journalism with an appreciation of the threats we face.
.
Exactly what’s hard to understand about the threats posed by the Green New Deal, the destruction of America’s fossil-fuel industries and energy independence by a death of a thousand regulatory impositions? By opening borders to allcomers, giving citizenship to millions of illegal immigrants, stacking the Supreme Court, sucking up to Black Lives Matter and Antifa, undermining the traditional family and demonising America’s past? By reducing military spending, cosying back up to China and Iran and by ‘reimagining’ policing? By compromising religious freedom and restricting free speech; and by much, much more?
.
Does anyone of any sense think that the rest of us will be fine in a world in which American values have been destroyed from within? Those who do must live in cloud-cuckoo land. Fortunately, Trump will surely win. He must. A clear majority of Americans will see what some prissy journalists, concerned with Trump’s personality, showmanship and language, apparently can’t.