That’s the problem with these sheltered libturds. They’re getting peer pressured by other libturds. Losing money is not a problem for them because they’ll always have enough of it. 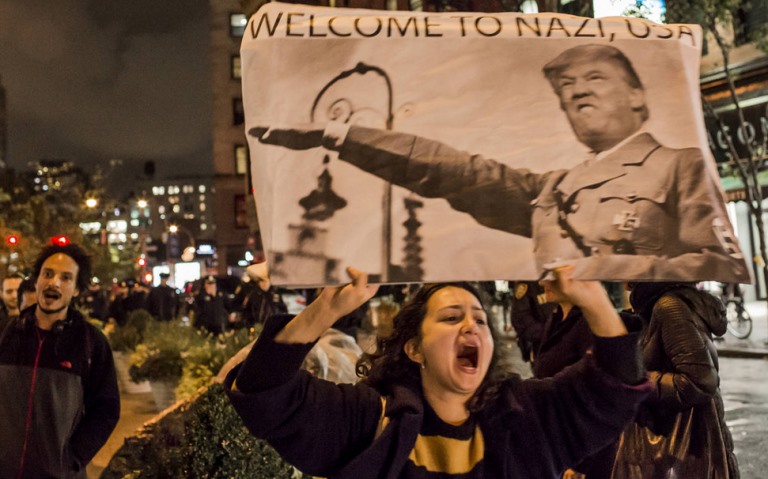 Peter Smith Quadrant Online 26th October 2020
I briefly caught the Hollywood actor Matthew McConaughey being interviewed on Fox News the other day. Heard him say that whoever won the election he hoped Americans would come together. He seemed from the brief bit I saw to be much less radically progressive than his peers. But he’s obviously a dreamer. There is no coming together. There is no possible rapprochement between the loonies that now occupy the political Left and sensible people. As a sensible person myself, or so I like to think, let me make my position crystal clear by way of illustrations.
.
Last week on the Alan Jones Show, Mark Latham revealed instructional videos teaching teachers in NSW how to corrupt the minds of schoolchildren by teaching them that their sexual identity is a “social construct.” Hey, your willies or vaginas are just in your minds, don’t you know? Moreover, disgustingly, teachers are being advised to keep any expressed gender confusion among little Bills and Jills — and why wouldn’t they be confused attending school these days — under wraps from their parents, lest those old fogies don’t understand.
I have nothing in common with people who perpetrate or support this kind of child abuse and I have no intention of ever giving them the time of day. Where to go now? There are so many examples. Let’s go to the really inane, to rich American footballer Colin Kaepernick and his latest delusional call for the abolition of police forces and prisons: “Another world is possible, a world grounded in love, justice, and accountability, a world grounded in safety and good health, a world grounded in meeting the needs of people. Abolition now.”
It is hard to know where to start in commenting on this utopian tripe. Luckily, I don’t have to, the wonderfully sensible and articulate Heather Mac Donald did it on the Tucker Carlson Show. I will pick out just a few phrases but you should, let me reiterate should, watch the whole 4½ minute clip. She is wonderfully direct and uncompromising. Male conservative commentators could learn a thing or two.
.
“Kaepernick is living in a fantasy world … doesn’t have the balls [to ride along with the police or experience gang-ridden public housing estates] … he should live it for a day and then write his damn manifesto … [he] has no understanding and no sympathy for those good law-abiding blacks who understand that the problem in this country is not white supremacy; it’s not the police; it’s crime and family breakdown.”
.
“How have they not silenced you yet?” Carlson exclaimed, in genuine amazement and admiration. “How are you allowed to say things like that still? When we have a ‘truth and reconciliation commission’, I have a feeling you are going to be very high on the roster.”
.
And the ‘truth and reconciliation commission’ reference? Democrat lackey Elie Mystal called for one in the socialist rag The Nation (20 October) to “hold the perpetrators of Trumpism accountable.” Just so you know where Mystal stands this is a footnote to his article:
A previous version of this article incorrectly stated that Trump took a photograph with an upside-down Bible after demonstrators were tear-gassed outside of a Washington, DC church in June. The Bible was right-side up. There it is then; Trump is not a devil worshipper.
Here, we can bundle up those calling for defunding the police, reimagining the police, abolishing the police with those who would set up star chambers to punish their political enemies. They are not part of the human race that the sane and decent should have anything to do with.
.
Let’s see, what to next?
How about those who profit from or support renewable energy? Idiots aside, of whom unfortunately there are many, they know it can’t work. They know it will undermine prosperity in the developed world and entrench poverty in the developing world. If they were focussed on reducing C02 emissions, as they claim, they would spruik nuclear energy. Their motive is suspect. No, that’s not right. Their motive is evident.
.
They want to do all they can to tear down capitalism and our way of life. Global warming alarmism only lays the groundwork. The intended killer punch has been to create a political zeitgeist within which votes are won by subsidising costly, inefficient, unreliable and intermittent energy. To wit, wind and solar farms.
.
Take yourself back to those time when common sense predominated. Now imagine in your wildest imaginings that the world would go backwards, to windmills, for its power. How many millions will we need and what happens when it isn’t windy, you would have incredulously queried? It is beyond comprehension, and those for whom it isn’t are, quite simply, not worth knowing.
My point is that it is no longer possible to come together. The modern Left have gone far beyond reach and reason.
.
They support men in frocks competing against women; they cancel Christians, like Israel Folau, for citing scripture; they have no problem with killing unborn babies, for any reason, right up until the moment of birth; they’re happy for the West to be overrun with refugees; they appease the intolerances and dysfunctionalities of Islam; they have a highly selective take on free speech; they silence opposing views (witness, e.g., CNN, the ABC and the editorial policy of The Conversation); they malign and distort our history and invent malicious fictions, like ‘the stolen generations’; they teach children to take no pride in, but rather to despise, the monumental progress that our Judeo-Christian civilisation has brought to mankind. Quite simply, they represent an evolutionary political development which is entirely wretched.