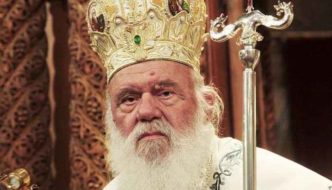 Noticing the obvious is forbidden.

Archbishop Ieronymos of Athens and all Greece touched off a firestorm in mid-January when he dared to note, according to the Orthodox Times, that “Islam was not a religion but a political party.” He added: “They are the people of war.”

In response, Muslim leaders the world over have rained down condemnations upon the archbishop. He spoke inaccurately when he said that Islam was not a religion at all, but proof that he was wrong about Islam having a political aspect has not been forthcoming. END_OF_DOCUMENT_TOKEN_TO_BE_REPLACED 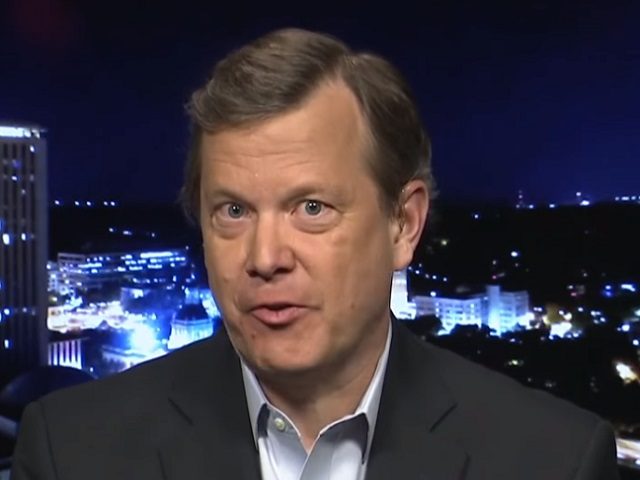 Fraudulently stealing the election so that the Democrat party of treason controlled the levers of power of the three branches of government. But even that is not enough for the new Nazi party.

“The Biden administration is moving forward with the creation of a bipartisan commission to study reforms to the Supreme Court and the federal judiciary,” according to Politico.

Quick note: Tech giants are snuffing us out. You know this. Facebook, Twitter, Google et al have shadowbanned, suspended and in some cases deleted us from your news feeds. They are disappearing us. 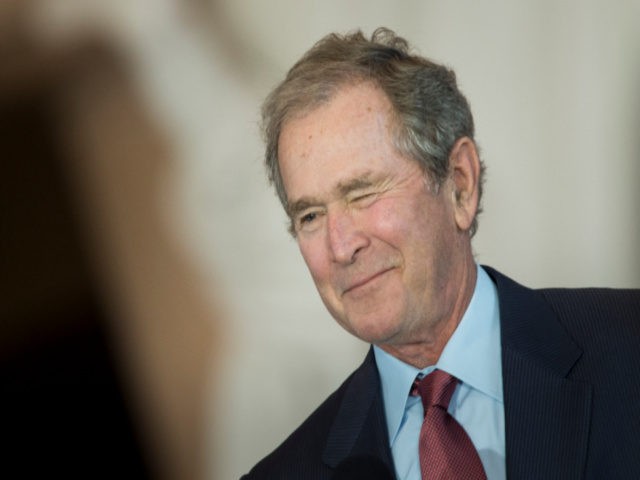 Militants in Mozambique pledge allegiance to the Islamic State in a video issued by the group on July 24, 2019. Photo credit: Tore Hamming taken from Islamic State media.

Editor’s Note: The Islamic State has suffered significant losses in recent years, but Mozambique—far from the heartland of its former self-proclaimed caliphate in Iraq and Syria—is a rare bright spot for the group. Tore Hamming, of the International Centre for the Study of Radicalisation at King’s College, details the group’s successes in Mozambique and the problems the government there has had fighting the group.

Although the militant Islamist insurgency in Mozambique has been brewing since late 2017, it was only when Islamic State-affiliated militants captured the northeastern port city of Mocimboa da Praia in Cabo Delgado province in mid-August 2020 that it gained the world’s attention. After the group’s successive losses in the Levant, it came as a shock to analysts and policymakers that the Islamic State was once again capable of controlling territory—jeopardizing the outlook for stability in Mozambique.

This was not the first time Islamist militants succeeded in taking control of territory in Mozambique, however. Four months before, in March 2020, they briefly tookMocimboa da Praia, where the insurgency originated and which has seen more than 30 attacks from the group since 2017. They also held the city of Quissanga, approximately 120 km further south, for about 48 hours, raising their flag before retreating to evade a large-scale confrontation with the Mozambican army and its foreign backers. Since then, Mozambique’s northeastern region has witnessed horrific brutality in the form of kidnappings, massacres and beheadings (including the killing of more than 50 young men in early April). More than 2,000 people have been killed and 500,000 internally displaced. According to the World Food Program, hundreds of thousands of civilians in the northern region will soon also suffer from severe food shortages.

END_OF_DOCUMENT_TOKEN_TO_BE_REPLACED

Can we judge the past by the standards of the present? Many seem intent on proving not only that we can, but that we must. Social critic @DouglasKMurray doesn’t agree, and he explains why in this thought-provoking video. pic.twitter.com/d3ATk0Fd5v 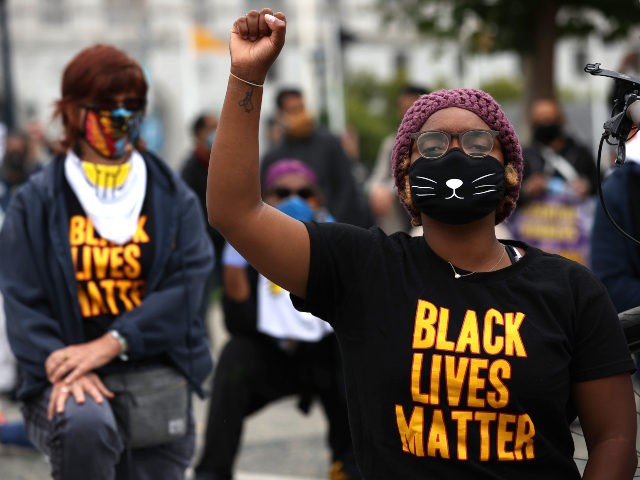 The San Francisco Board of Education voted to rename 44 of the city’s schools, claiming that prominent figures from American history, such as George Washington, Abraham Lincoln, and Paul Revere, were tied to racist incidents. The committee based their decisions on Wikipedia and other wildly inaccurate information to source its claims.

Seriously, you couldn’t make this shiite up: 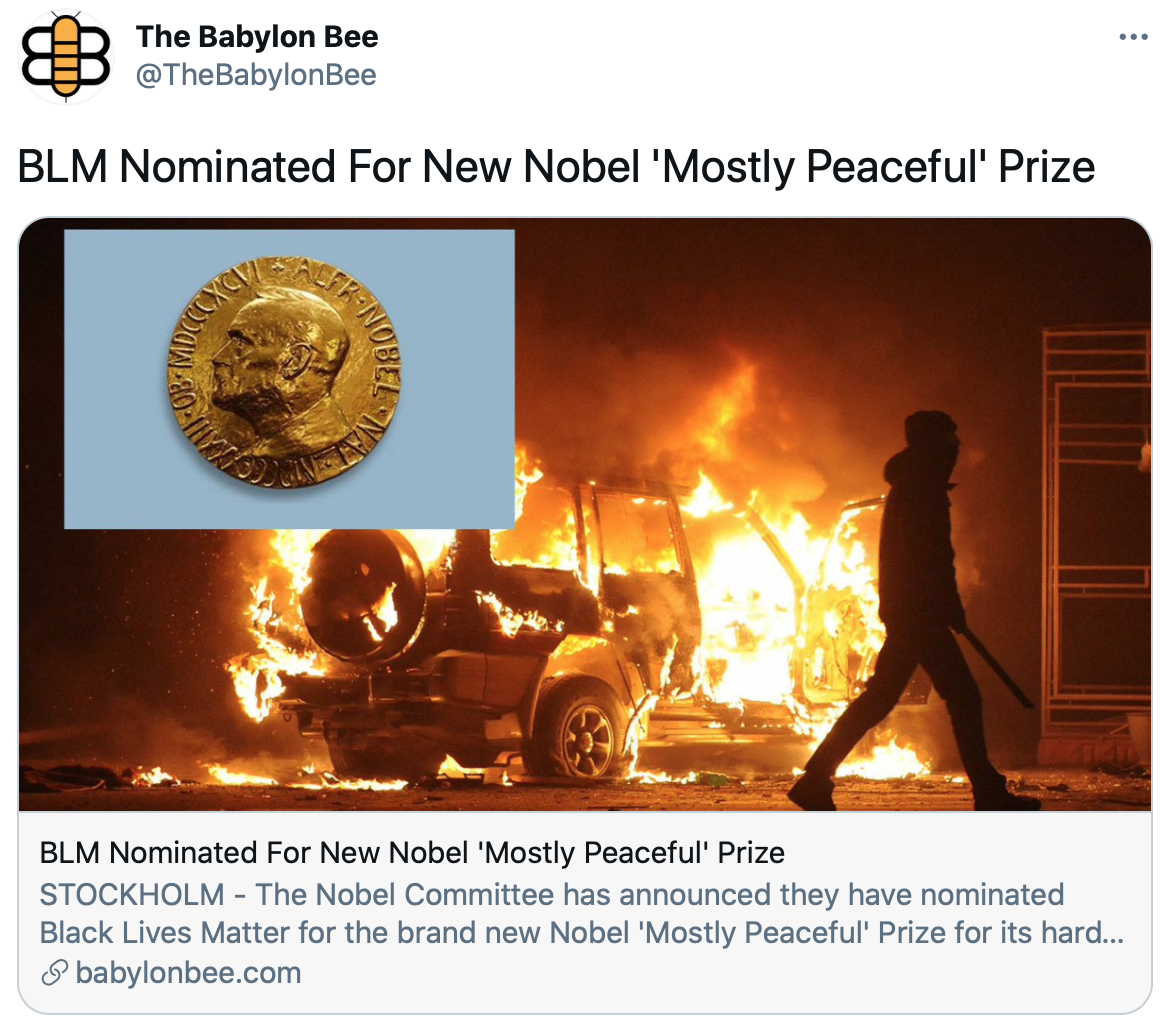 A member of the Norwegian Parliament nominated Black Lives Matter for the 2021 Nobel Peace Prize.

He lauded the movement for its calls for systemic change during summer 2020.https://t.co/QoW5RFCW7x

UK: At Least 69 Monuments and Memorials Removed or Renamed Amid Ongoing BLM Mania

John Kerry sez only 9 years left to save the planet

John Kerry went on the record to say that we have nine years left to fix the climate. I remember when Al Gore said we had ten years left. That was fourteen years ago.

UN Calls on EU to Stop Migrant Pushbacks at Its Borders 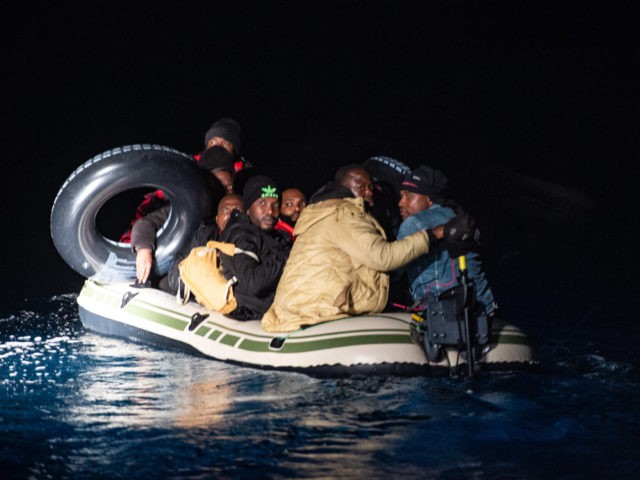 The United Nations High Commission for Refugees (UNHCR) has called on the European Union to investigate allegations that illegal migrants are being immediately deported at its borders, before they can claim to be seeking asylum.

Immediate deportations at the border, commonly referred to as pushbacks, have been reported on the European Union’s land and sea borders, and allegedly recorded by pro-migration non-governmental organisations (NGOs) in the areas.

And who is behind this? The execrable Gillian Triggs, a Soros tool. Notorious for flooding Australia with unassimilable third world savages.

UNHCR Assistant High Commissioner for Protection, Gillian Triggs, released a statement on Thursday calling on the EU to investigate the allegations, Greek newspaper I Kathimerini reports.

“UNHCR has received a continuous stream of reports of some European states restricting access to asylum, returning people after they have reached territory or territorial waters, and using violence against them at borders,” Triggs claimed.

END_OF_DOCUMENT_TOKEN_TO_BE_REPLACED

FNC’s Carlson: ‘This Is the Most Sweeping and Audacious Assault on Civil Liberties in American History’

Friday on Fox News Channel’s “Tucker Carlson Tonight,” host Tucker Carlson warned about the tactics employed by Democrats and their allies to suppress dissent and so-called divisive rhetoric of their political opponents.

Carlson said such treatment with the intention of accumulating power could ultimately result in more radicalism.

END_OF_DOCUMENT_TOKEN_TO_BE_REPLACED 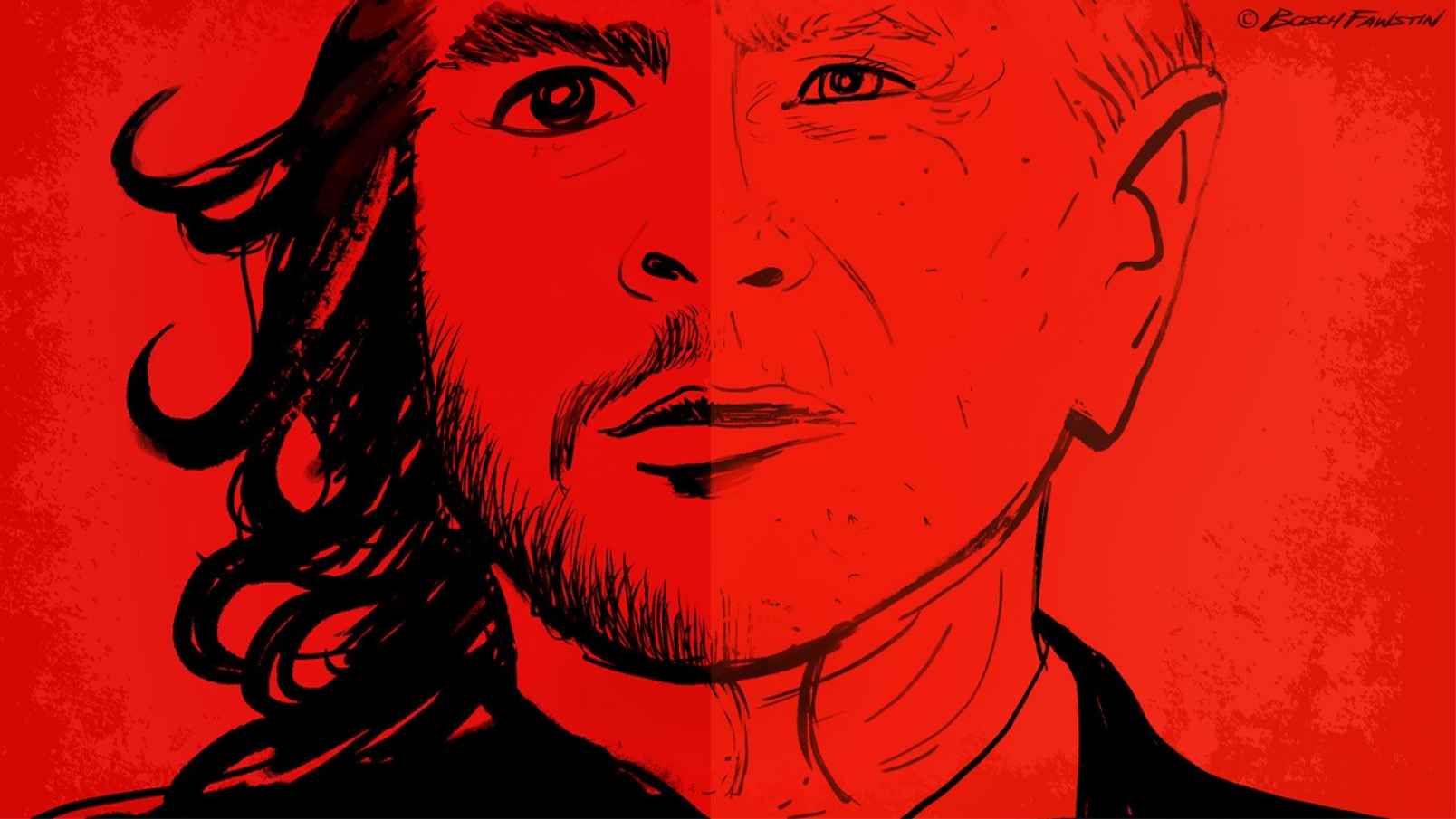 In 2008, “dissent” went from being the “highest form of patriotism”, a quote by Communist revisionist historian Howard Zinn that Democrats falsely attributed to Thomas Jefferson, to treason when George W. Bush made way for Barack H. Obama. The old bumper stickers about the patriotic value of dissent were swiftly replaced with others touting the value of change.

In 2020, resistance just as quickly turned into sedition once the political tables were turned.

In one month, questioning a presidential election went from a commonplace proposition to a shocking attack on our democracy. And we all know that if President Trump had been inaugurated for a second term, there would be no censorship or censure of the Democrat politicians and pundits claiming that he was only reelected because of Russia or UFOs.

Nor would we be hearing any talk of “sedition” and “insurrection” as if they were bad things.

When November was just decorating the flagstones of D.C. with faded leaves, the Democrat cliques inside federal agencies were still touting their skill at undermining the White House in chats with reporters at bars where drinks cost more than most Americans earn in a day.

These members of the “resistance” had spent four years undermining elected officials while falsely claiming that they were entitled to do it because the 2016 election had been illegitimate. END_OF_DOCUMENT_TOKEN_TO_BE_REPLACED

1619 Project gets a Pulitzer, Cuomo gets an Emmy, BLM gets nominated for the Nobel Peace Prize…

We live in extremely stupid times.

The FBI lawyer who doctored evidence in the biggest case in FBI history gets probation, but a Trump supporter who made memes is looking at a decade in prison. Any questions? 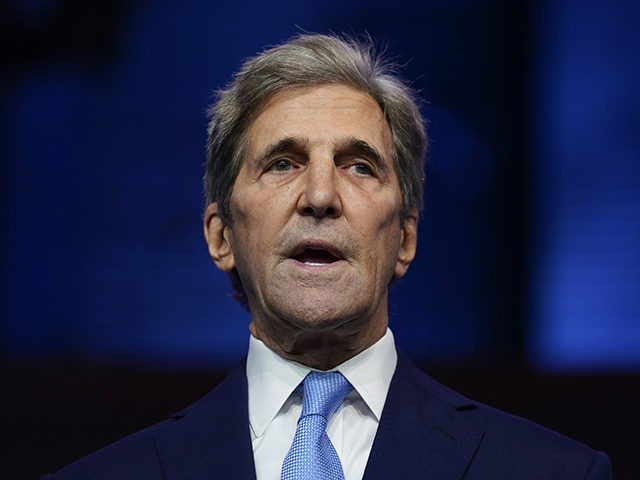 The same people who’ve told us that ”Islam means peace”, “climate change is an existential threat”, “Trump is a Russian asset”, “Brett Kavanaugh is a gang rapist”, Antifa and BLM violent riots are “peaceful protests”, “Trump incited an insurrection to install a dictatorship!”, “our greatest terrorist threat is right-wing terrorism”, etc., etc., etc., tell us that they want “unity”, and that “there is no proof of election fraud”, and to say otherwise is a crime against humanity. 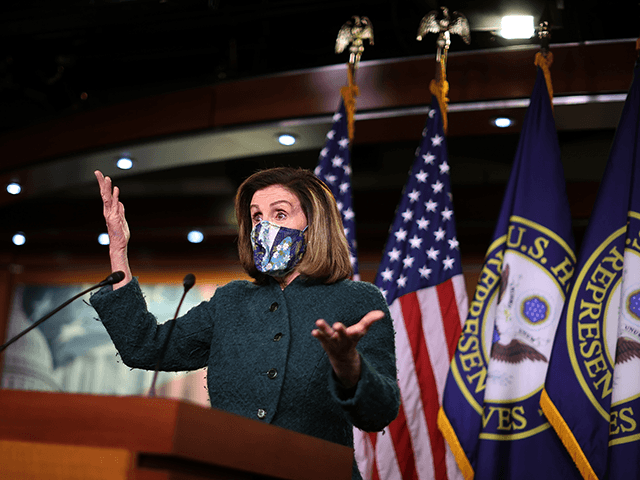 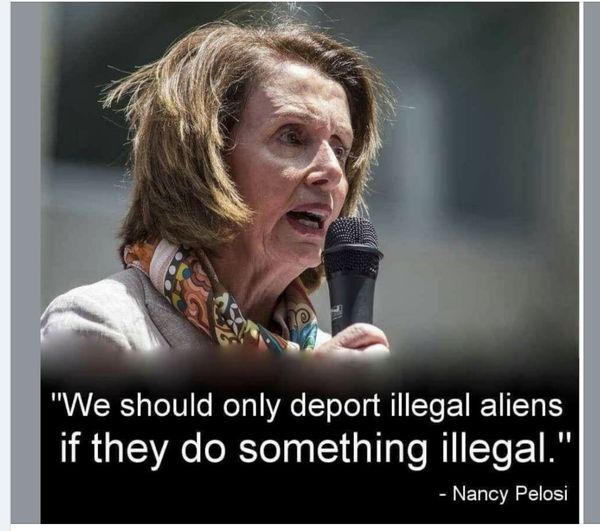 “I broke into your house. What time is dinner?” 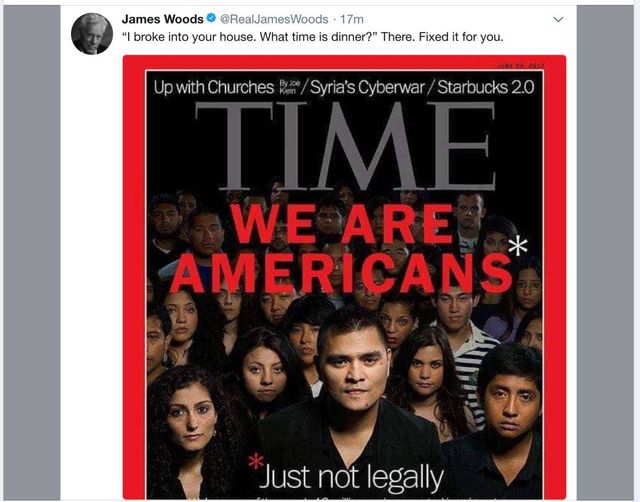 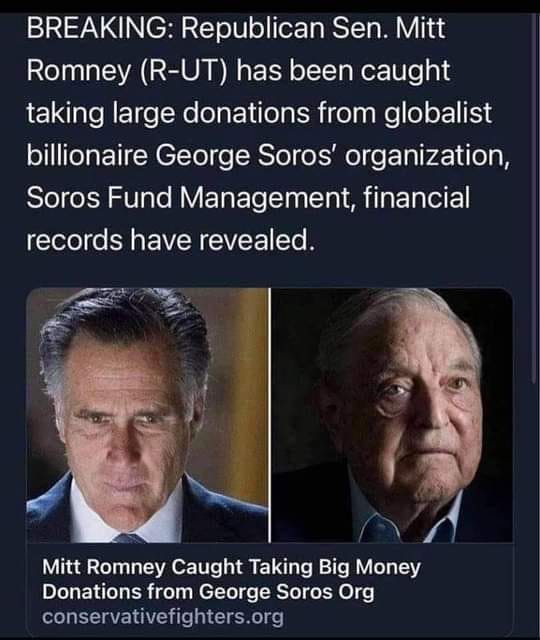 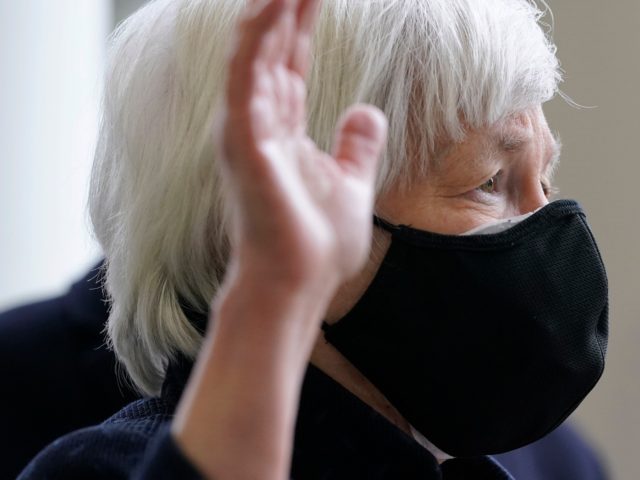 After 440,000 Americans are Dead – Facebook and American Journal of Medicine Admit Their Stand on HCQ was Wrong — These People Should be Prosecuted!

Facebook’s oversight committee has just announced today that it F”made a mistake” when the company censored studies showing the effectiveness of Hydroxychloroquine…..

When will the apology for President Trump be announced?
The Same Clandestine Companies Involved in the Certification of Dominion Voting Systems and the 2020 Results in Georgia Were Chosen for the Upcoming Arizona ‘Audit’

What we found is very strange.  What is going on?

Arizona’s Maricopa County Board of Supervisors finally agreed to an election audit this week of its 2020 results.  The county officials approved only two companies to perform their ballot audit, both which certified Dominion voting systems.

Maricopa officials refused to offer data expert Jovan Pulitzer the job which indicates the Board of Supervisors is doing all it can to hide the truth from its constituents. 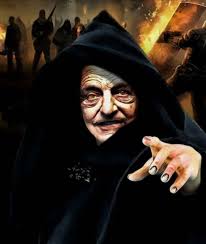 Zarif made the remarks in response to questions raised in the Iranian parliament. According to Zarif, the activity began before he entered his current position, and he boasted that he had succeeded in “keeping the activity organized.”

OSF has funded a number of far-left organizations in Israel which seek to change the policy of Israel’s government. 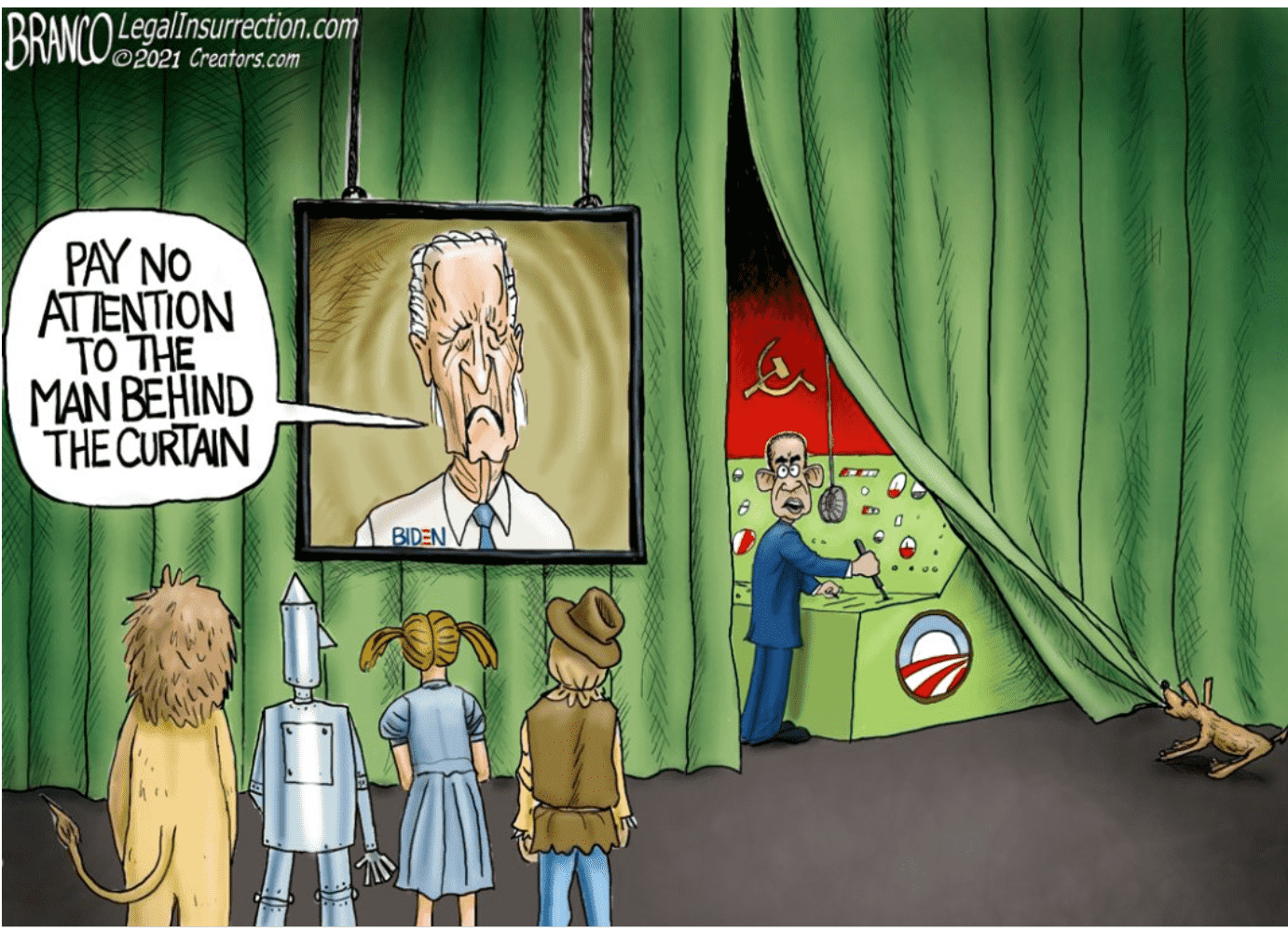