Everybody knows that this is just plain bullshit. Our untrustworthy  authorities are using the “right-wing extremist” rubbish to deflect from Islamic terrorism & communist insurgents. BLM, Antifa, feral rabble & African crime gang activities are out of control, but “right-wing extremism?” It hardly exists anywhere in the country.

Australia’s right-wing extremists are stepping out of the shadows

Right-wing extremism is a growing threat in Australia, and more must be done to counter it, experts have warned.
.
Melissa Jenkins

Australia must face up to the threat of organised right-wing extremism or risk serious violence, an expert has warned, as the US issued a fresh domestic terrorism alert.

The US Department of Homeland Security has released a national terrorism bulletin, warning of the potential for violence from people motivated by anti-government sentiment following the storming of the US Capitol in Washington by Donald Trump’s supporters.

Although not pointing to any specific plots, the department warns of a heightened threat across the US, which it believes will continue for weeks after President Joe Biden’s inauguration earlier this month.

In Australia, there are calls for a hate crimes and incidents register and for extreme right-wing groups to be classified as terrorist entities after a gathering in the Grampians National Park over the Australia Day weekend. (Source) 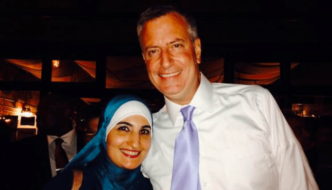 The NYPD is adjusting its focus to fit the Left’s narrative, not reality. Remember: It wasn’t “far-right extremists” who rioted all summer in Portland, Seattle, Kenosha, Wisconsin, New York, Atlanta, Washington, DC, and numerous other cities that I have already forgotten. It was Leftists: Antifa and Black Lives Matter, who have also been found to have been among those storming the Capitol that is being used as a Reichstag Fire pretext to shut down dissent from the Leftist agenda. When the NYPD talks about “far-right and extremist hate groups,” it likely really means ordinary citizens who oppose the dominant political philosophy, including those who have already been defamed by the Southern Poverty Law Center as “hate groups.” Lies such as what the NYPD is spreading here are in service of solidifying the hegemony of that philosophy. 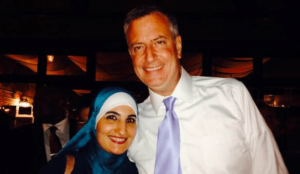 The NYPD has spent the past 20 years adapting to the ever-changing landscape of terrorism, focused first on large jihadist groups, then lone wolves who emerge out of nowhere, and now far-right and extremist hate groups.

In late 2019, the nation’s largest police department created a new unit within the Intelligence Bureau called REME, which stands for Racially and Ethnically Motivated Extremism. It was formed a year after a brawl on the Upper East Side between anti-fascists believed to be connected to Antifa and members of the Proud Boys, one of the more prominent far-right groups.

REME works similarly to its’ umbrella unit, with two dozen investigators and analysts applying the same intelligence gathering techniques used to build cases against members of ISIS and al Qaeda.

But there are differences, notably the laws that make it easier to charge someone linked to a designated foreign terrorist organization….

Department of Home Affairs Secretary Mike Pezzullo says ASIO is devoting more resources to dealing with the growing threat of extreme right-wing domestic terrorism and white supremacist ideologies. “Something like 40 per cent of their caseload at the moment relates to what might broadly be described as extreme right-wing or white supremacist terrorism and ASIO’s a very effective, capable service and is keeping a close eye on that phenomenon,” he said. “Given global trends, in the United States very self-evidently, supremacist groups. In Europe, you see different manifestations of the same phenomenon and obviously, we’re very watchful of developments here as well. “There are international linkages and online platforms, there are trans-national groupings who support one another and share material. It’s no different – in some respects – from other forms of violent extremist ideology whereby technology… can be used to connect people whose purposes are otherwise very nefarious.”