“Islamophobia” is an invented word, cleverly packaged to beat down critics of Islam in accordance with the Sharia. It serves to subvert free societies and inhibit their resistance to jihad violence and Sharia oppression.

This “International Day to Combat Islamophobia” further erodes free societies, as it is intended to do, since it further dupes clueless progressives. 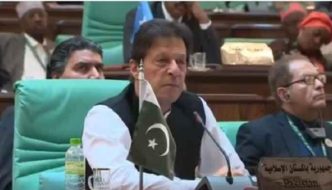 Last year, Pakistan’s Prime Minister Imran Khan declared at the UN: “This Assembly should declare an ‘International Day to Combat Islamophobia.’” Well, he has gotten his wish, but via the Organization of Islamic Cooperation (OIC), which has fully infiltrated the United Nations.

Yep, ignore the terror. Let’s all go on a wild goose chase for an imaginary condition invented by the Muslim Brotherhood. 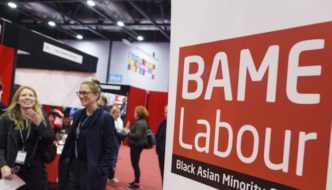 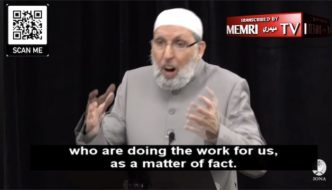 Michigan imam: ‘Not all of them are bad. There are those Christians and the Jews who are doing the work for us.’

You bet there are many useful idiots who are doing the Mohammedans dirty work. These traitors can be found embedded everywhere, in every western country. Their numbers are increasing every day. 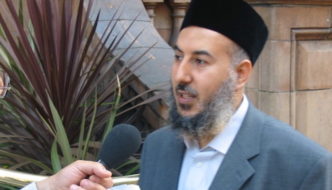 England is a lost cause. 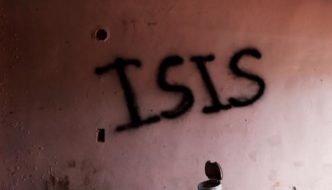 How ISIS jihadis entered Europe posing as asylum seekers, and were greeted with open arms in Germany and elsewhere

Children as young as 11 have been beheaded in Mozambique’s restive northernmost province of Cabo Delgado, where an escalation in violence that intensified last year has killed thousands of people and forced hundreds of thousands from their homes, according to the Save the Children charity.

The UK-based aid group said on Tuesday it had spoken to displaced families who described “horrifying scenes” of murder, including mothers whose young sons were killed. In one case, the woman hid, helpless, with her three other children as her 12-year-old was murdered nearby.

“We tried to escape to the woods, but they took my eldest son and beheaded him,” the 28-year-old, who Save the Children called Elsa, is quoted as saying.

“We couldn’t do anything because we would be killed too.”

Another mother, a 29-year-old called Amelia by Save the Children, said her son was just 11 when he was killed by armed men.

Cabo Delgado has since 2017 been home to a festering rebellion linked to ISIL (ISIS), which has escalated dramatically in the past year.

Throughout 2020, the fighters began regularly engaging the military to capture and hold key towns. While beheadings have always been a hallmark of the attacks, brutality continued, with mass killings including the murder of approximately 52 people at once in the village of Xitaxi in April.

Altogether, almost 2,700 people on all sides have died in the violence, according to the Armed Conflict Location & Event Data Project (ACLED), a consultancy that tracks political violence. Nearly 670,000 people have been displaced, Save the Children said.

The rebels are locally known as al-Shabab and have declared allegiance to ISIL. They are separate from a Somali armed group with a similar name.

Al-Shabab means The Youth in Arabic, and the name is said to reflect that the group receives its support mostly from young unemployed people in the predominantly Muslim region of Cabo Delgado.

The United States last week declared the Mozambique group a foreign “terrorist” organisation over its links to ISIL.

The US embassy in Mozambique on Monday said US special forces will train Mozambican marines for two months. The US government will also provide medical and communications equipment to help Mozambique combat the fighters.

Britain-based Amnesty International found earlier in March that war crimes were being committed by all sides in the conflict, with government forces also responsible for abuses against civilians – a charge the government has denied.

UN warns of another ‘decade of desperation’ in war-torn Syria

The great pivot: US women small business owners during COVID

How Portugal silenced ‘centuries of violence and trauma’

AstraZeneca suspensions: What you should know, in 500 words