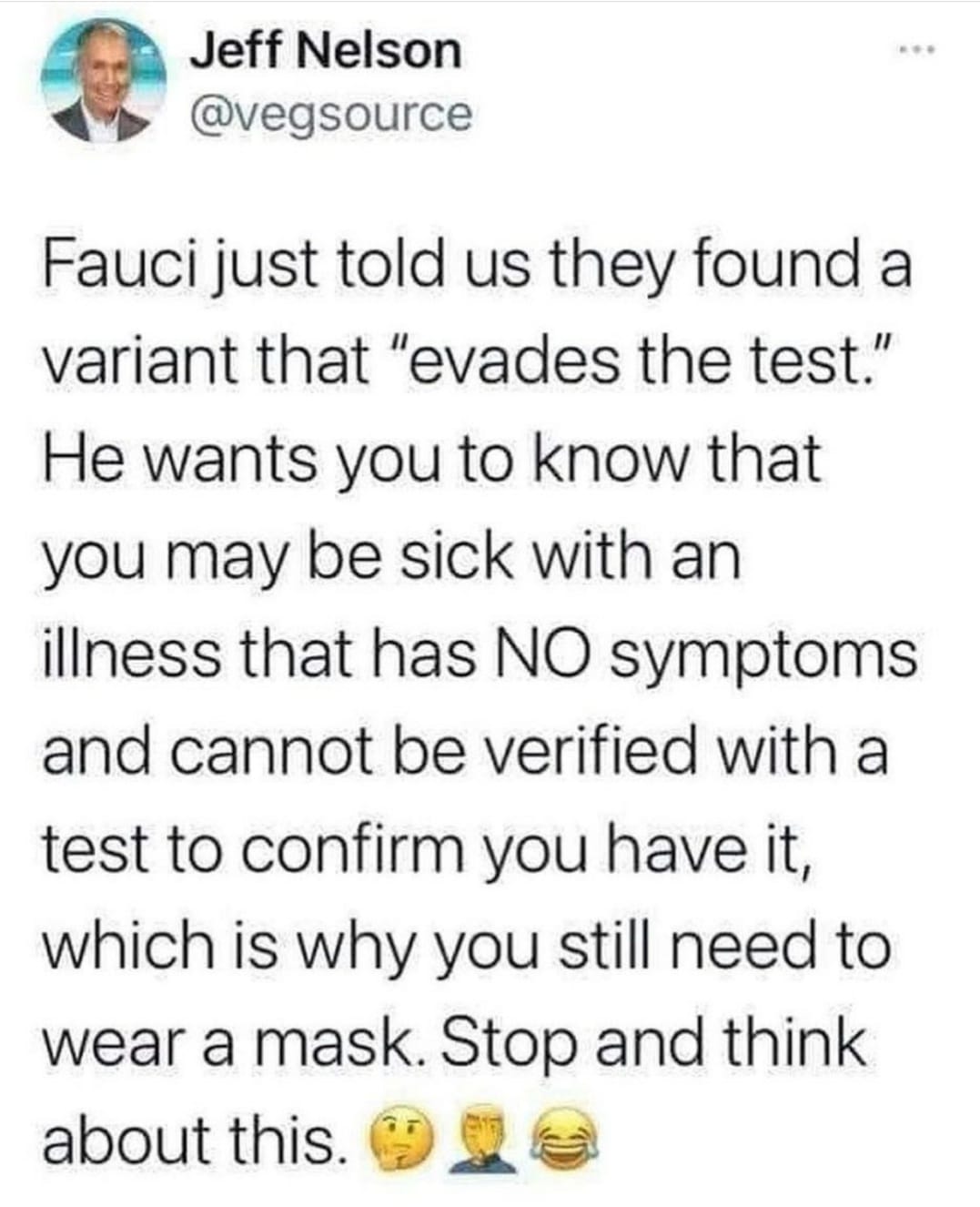 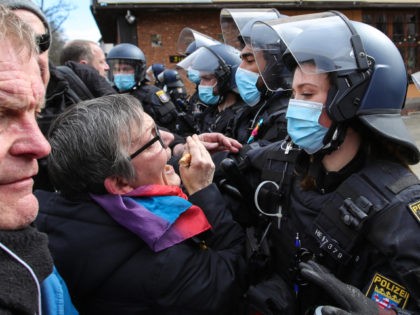 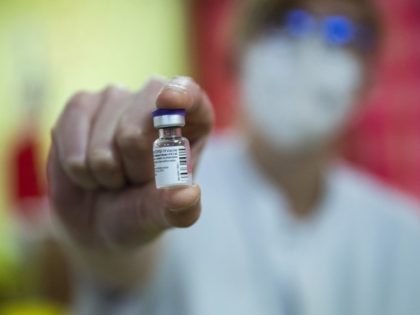 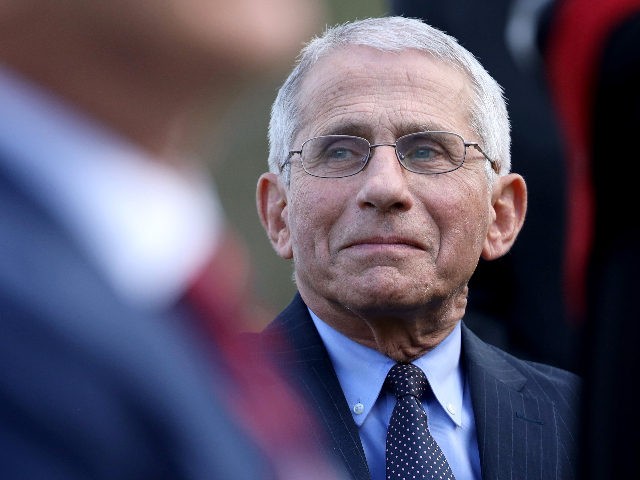 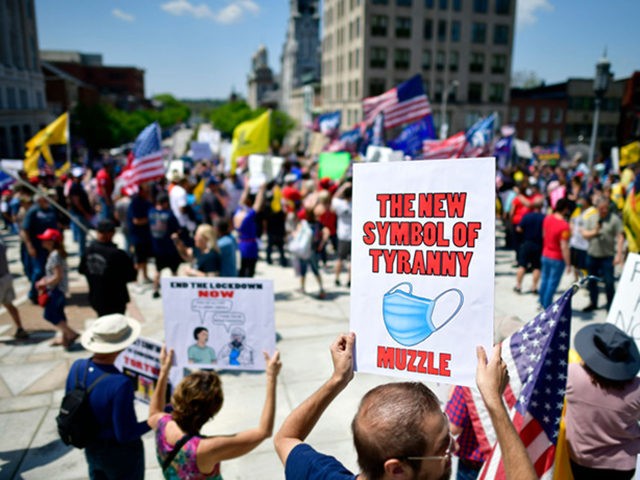 The Pandemic Was an ‘Insidious Encroachment on Our Bill of Rights’

Yes it is. The pandemic is being used as an “insidious encroachment” on the American Bill of Rights throughout the County. 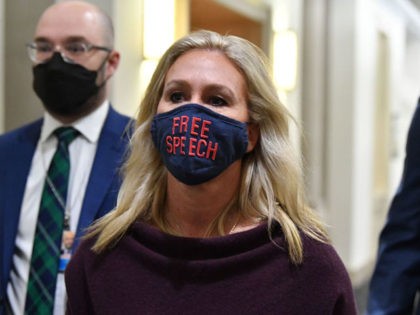 ‘Trying to portray people with normative conservative viewpoints as violence’ 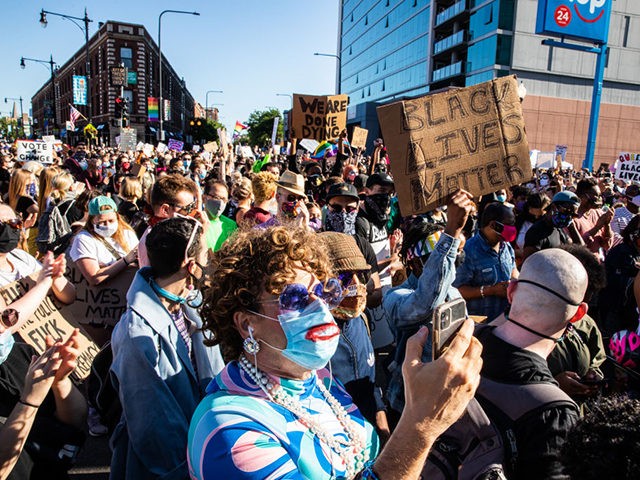 Dhimmitude on steroids. To the Moslems, stupid acts like that simply affirm that the hated Christians recognise the superiority of Islam.

In discussing a Catholic bishop’s recent construction of a mosque in Nigeria, I said it was an act of charity, albeit a foolish one, but I was wrong. Neither that action in Nigeria nor this one in France is an act of charity. It is not doing the Muslims any favors to affirm them in a belief system that tells them that hatred, contempt, and violence are blessed by the deity. Nor is either bishop acting charitably toward his own people who may bear the consequences of what is taught in the mosques built with Church funds. This mosque-building by Catholics is a mistaken idea of what constitutes charity, not surprising amid the general confusion of our age, in which being nice is routinely conflated with being charitable, when there are numerous instances in which they are not the same thing. 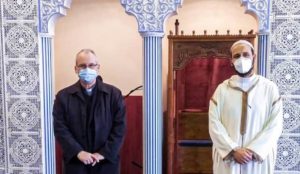 Tours Bishop Vincent Jordy justified his donation on April 15 with the fact that for John Paul II’s 1996 visit to the city, the local Muslims made a symbolic donation which the diocese wanted to reciprocate. Riposte-Catholique.fr adds that in 2015, Auch Diocese – where John Paul II never visited – donated €5000 for a mosque. 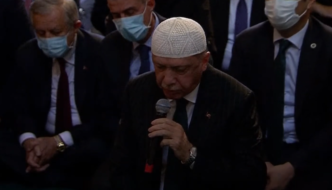 Erdogan: ‘Israel is an enemy of Islam. We want all of humanity to follow closely Israel’s hostility against Islam.’

Everyone who doesn’t submit to Islam is an enemy of Islam. “All humanity” in the Islamic context means all Moslems. Because only Moslems are human.

The NYTers who uncritically regurgitated the intel leaker’s Russian bounty hoax are Charlie Savage, Eric Schmitt, Michael Schwirtz. If you ever swallow any of their stories ever again, you’re the idiot. (And you should’ve known already because they did the Russia collusion hoax) 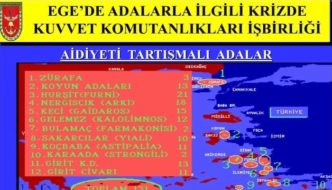 Turkey was planning on invading a total of 131 islands, islets and small rocks on the Aegean Sea, the Scandinavian Nordic Monitor website reported on Saturday.

According to a document the website claims to have obtained, Turkish army officials had issued plans to capture what they claim to be ”disputed territories” in the Aegean Sea.

The secret document is a PowerPoint presentation with a total of sixteen slides and it showed maps of the disputed -according to the Turkish propaganda- islets.

The presentation is most likely a product of Turkish military academies, and it is still unclear when it was originally produced.

The leaked documents show in detail how Ankara was planning on using air and sea forces to occupy the Greek islands, proving yet again the complete disregard of Ergodan’s administration for global security and cooperation within the NATO alliance.

Greek islands listed
As the Nordic Monitor reports, the islands, islets and rock formations that were listed are as follows: three locations on Zurefa (Ladoxer in Greek), 13 on Koyun Adaları (Oinousses), 21 on Hurşit (Fimena), 18 on Nergiscik (Arki), 15 Keçi (Pserimos), 12 on Gelemez (Kalolimnos), 2 on Bulamaç (Farmakonisi), 10 on Sakarcılar (Yali), 11 on Koçbaba (Levita), 2 on Karaada (Strongili) and 24 locations around the island of Crete.

The study was based on lessons drawn from the Kardak (Imia) islet crisis of 1996, which brought Athens and Ankara on the brink of a generalized military confrontation. The latter was avoided due to the mediation of Washington….

The Chios Massacre: The Worst Atrocity Committed by the Ottomans

The Chios massacre of 1822 was perhaps the worst atrocity carried out by the Ottomans against Greeks during the Greek War of Independence.

Approximately three-quarters of the population of 120,000 were killed, enslaved or died of disease after thousands of Turkish troops landed on the eastern Aegean island to put down a rebellion against the Ottoman rule.

Chios: an island of traders

END_OF_DOCUMENT_TOKEN_TO_BE_REPLACED

Germany: Hesse’s Ministry of Education and Cultural Affairs warns teachers that using caricatures of Mohammed in lessons could be dangerous

Hesse’s Ministry of Education advises teachers that the use of Mohammed cartoons in class could be dangerous – a highly controversial move. Some teachers think: After the murder of Samuel Paty, such depictions should be discussed all the more.

Hesse’s Ministry of Education and Cultural Affairs wrote to the 1800 school headmasters in the state that there were disturbing “indications/suggestions in connection with the discussion of the murder of the French teacher Samuel Paty”.

Referring to a suggestion by the State Office of Criminal Investigation (LKA), it says: “Showing the Mohammed cartoons or any pictorial representation of the Prophet Mohammed can be interpreted as behaviour critical of Islam, which can have an emotionalising and, under certain circumstances, mobilising as well as radicalising effect on the target group, including pupils.”

The Hessian warning is the only one of its kind in Germany so far. Although the “hints/suggestions” are cautiously worded, the message is clear, according to migration researcher Ruud Koopmans of the Science Centre Berlin: “No teacher will dare to show the cartoons after reading the letter.”

(Thanks to Fred Alan Medford)

Just a reminder that there are over 43,000 Muslims on the UK Terror Watchlist. Walking the streets, living and working against us.

Your daily dose of irony.

The leader of Neturei Karta, the Jewish cult of men in ball gowns and knee socks, who often appear with Iranian leaders who wish to destroy Israel, and are shoved to the front of Islamic marches against Israel for plausible deniability of antisemitism across the world, has died on Israel’s independence day. NK has, in its memorial statement to its founder, blamed “Zionists” for stealing the Wuhan Flu virus from China of which the founder allegedly has died. 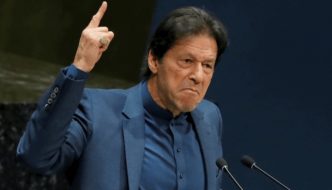 Pakistan has been leading the fight for years to intimidate the West into accepting Sharia blasphemy laws and criminalizing criticism of Islam.

I think WE should take her advice!! 2020 pic.twitter.com/EK3HGb1WLK

The education system deliberately produces politically and historically illiterate children. Politicians don’t want anyone to understand what they’re up to.

Protecting property from vandalism is racist, per NY Times

One cannot help but be astonished that “Minnesota Values White Comfort More Than Black Lives”.was ever written, let alone published — in the highly prestigious New York Times, of all places. Since a reader’s level of tolerance for demagoguery may be limited, let me provide snips …Read More…by Lev Tsitrin

END_OF_DOCUMENT_TOKEN_TO_BE_REPLACED

The media called January 6 a “deadly riot.” It was all bullshit. They lied to you. The only person actually killed in the riot was Ashli Babbitt. All the rest was disinformation.

Unforgivable what the Fake News media did with the Officer Sicknick story.

The most amazing thing of all is these same outlets that keep drowning the country in lies and disinformation are the ones demanding ordinary citizens be censored from the internet because *they’re* spreading disinformation. The most Fake News, by far, is spread by these outlets

The last election was FREEDOM Vs. TYRANNY.
TYRANNY WON

“We know that no one ever seizes power with the intention of relinquishing it.” George Orwell 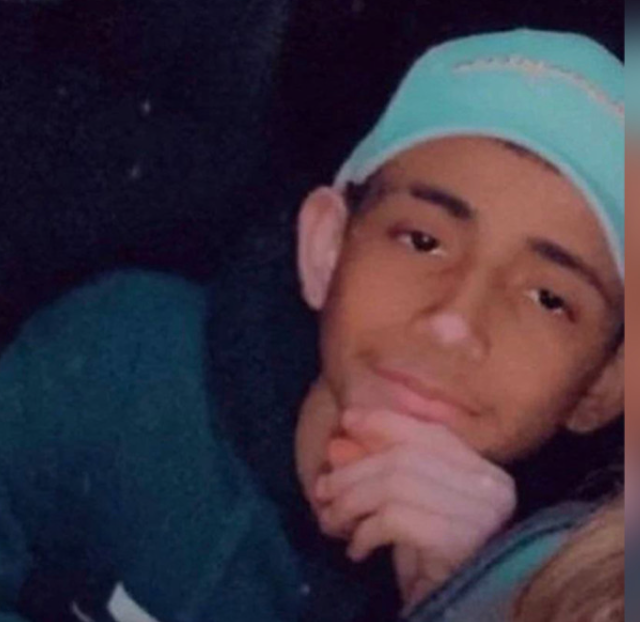 Sure thing. I’m sure he would have loved you to death in a dark alley with his gun.

Maxine Waters Gets Quick Response on Call for Violence

Prominent Democrat Maxine Waters did not even have to wait for a verdict displeasing to the mob to get a possible response to her recent call for violence.

Judge Asks Jurors To Disregard Maxine Waters As She Pours Gasoline On Their Heads https://t.co/ztd6eJWIkt 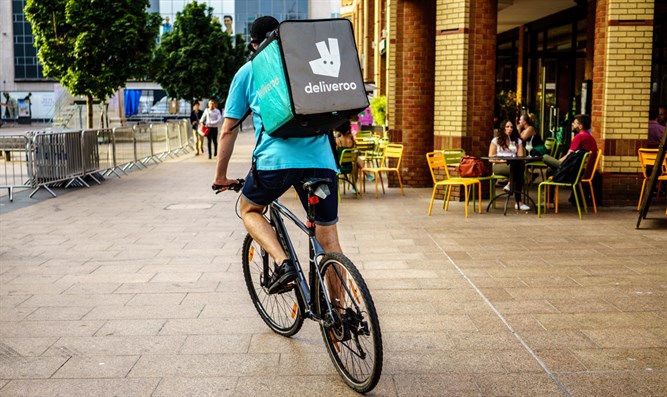 Why call him an “immigrant” when he was an illegal Mohammedan?

French immigration authorities deported a 19-year-old immigrant from Algeria who was jailed for refusing to deliver food to Jews after it was discovered he was living France illegally.

Dhia Edine D. was sentenced in January to four months in jail for declining to deliver food made by a kosher restaurant in Strasbourg while he was working there as a food courier for the Deliveroo delivery company.

Upon his arrest, following a complaint to police by the restaurant’s owner for discrimination, the courier was found to have been living illegally in France. 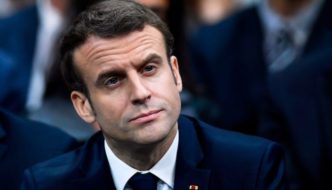 France: Muslim migrant who was ordered to leave the country two years ago attacks three Jews with a knife

A top French court has upheld a decision not to charge an “Allahu Akbar” yelling man accused of murdering a Jewish woman, claiming he was not criminally responsible because he was in a drugs-related “delirious episode” at the time.

Looks like the court was just as delirious as the allahuakbaring Mohammedan. This is just scandalous, but it’s happening all the time. It’s no exception.

Dirtbag Wray: Antifa is no longer “just an idea”

So much for “diversity” 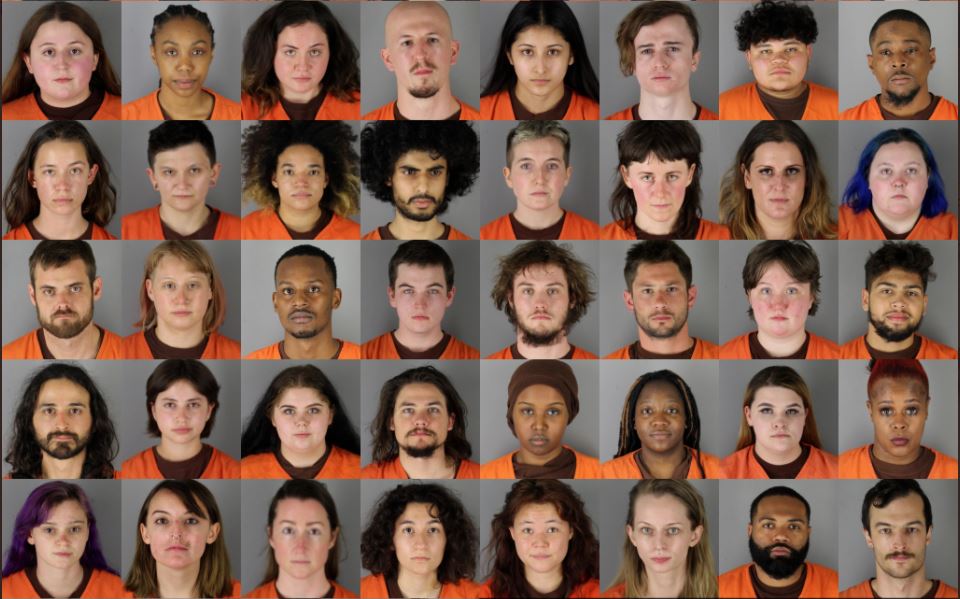 These are the Black Lives Matter terrorists arrested for rioting in Brooklyn Center, Minnesota. 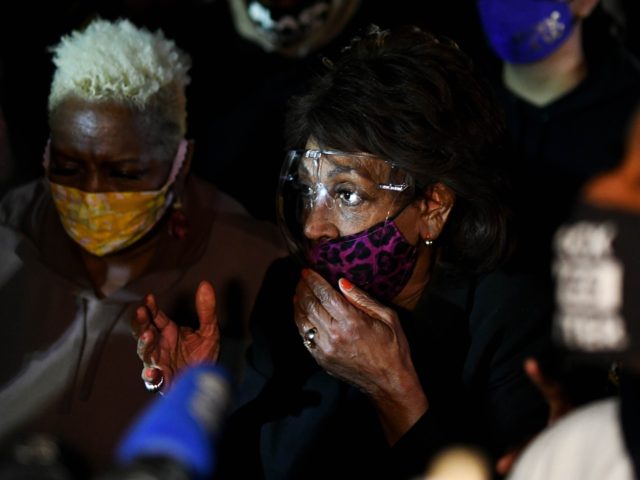 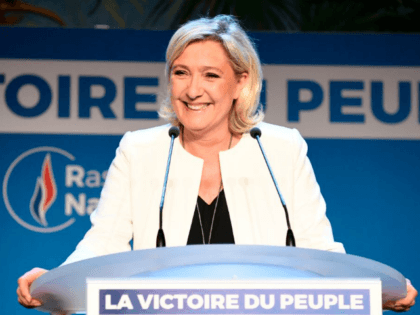 France could be next to leave the European Union if President Macron fails to learn the lessons of Brexit in areas such as migration, says EU chief negotiator Michel Barnier.

The bloc’s former chief Brexit negotiator warned at a conference in France on Friday that the French population is turning against Brussels amid growing “social unrest” in the country.

The dhimmi establishment in France is terrified of offending Mohammedans. 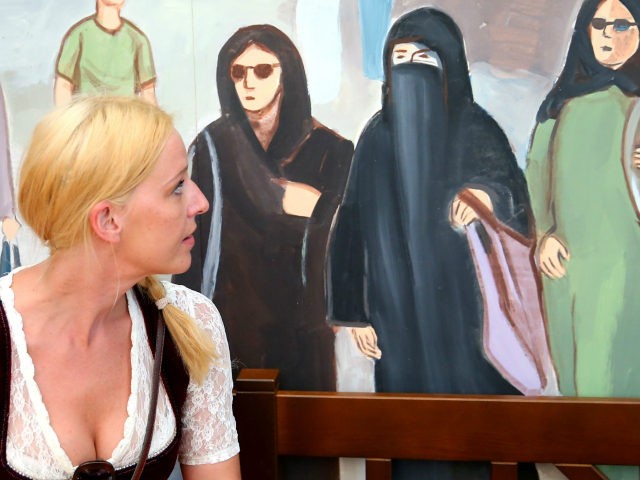 Eren Güvercin is a Turkish cultural enricher. This kind of BS propaganda is offensive. But no one will tell Eren to go & get stuffed. That would be “Islamophobic”. 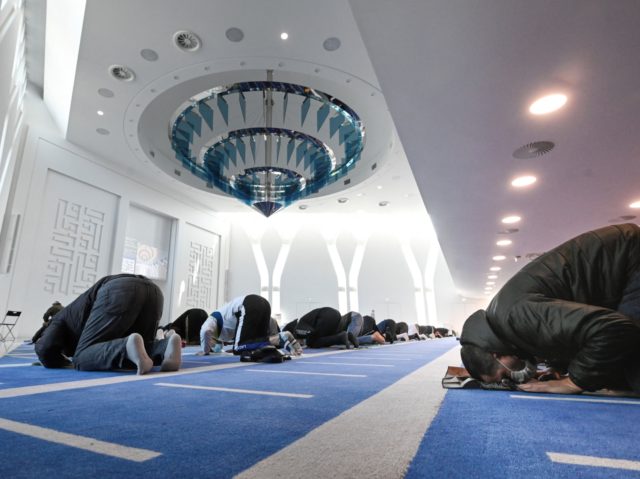 Police and gendarmes in the French department of Tarn have reportedly been instructed to not give out warnings or fines to Muslims breaking Wuhan coronavirus curfew during Ramadan.

Officers have allegedly been instructed by the Tarn prefecture not to hand out warnings or fines to Muslims who travelling until 10 p.m. at night and from 5 a.m. in the morning as they go for prayers.

Islam is the main weapon of destroying once Christian nations in Europe. Therefore the aggressiveness of Islam must be obscured so we can believe the false narrative of ‘the religion of peace”. Our Government’s have selected us for destruction. 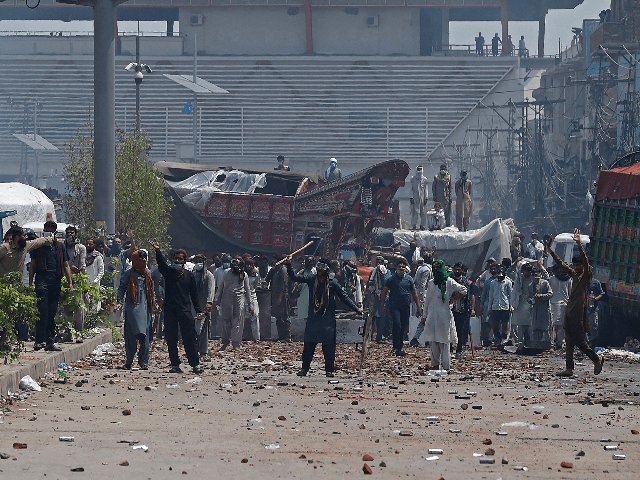 “Islamists” is one of the dumbest words ever invented. All of them are fanatical Mohammedans, none of them deserves the light of day.

Pakistan has blocked access to all social media after days of violent anti-France protests by radical Islamists over ‘blasphemous’ cartoons of the Prophet Muhammad.

Facebook and Twitter and other sites have been temporarily blocked on orders from the country’s interior ministry said Khurram Mehran, a spokesman for Pakistan’s media regulatory agency.

A reason for the block has not been provided and comes as police officials prepare to clear a large demonstration in the eastern city of Lahore. 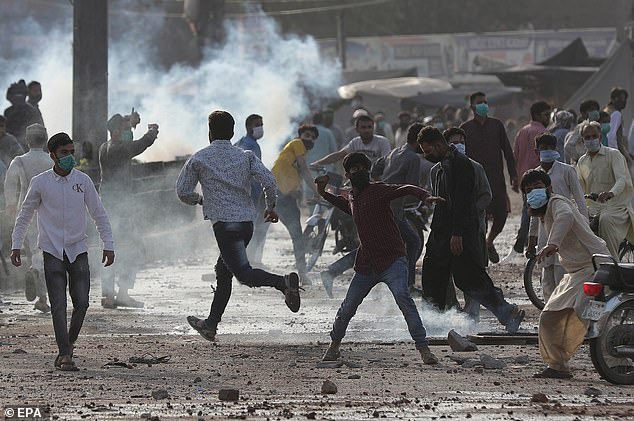 Protests were sparked after Islamic political party Tehreek-e-Labbaik Pakistan (TLP) leader Saad Rizvi was detained for threatening protests if the government did not expel the French ambassador before April 20. Pictured: Protesters in Lahore earlier this week 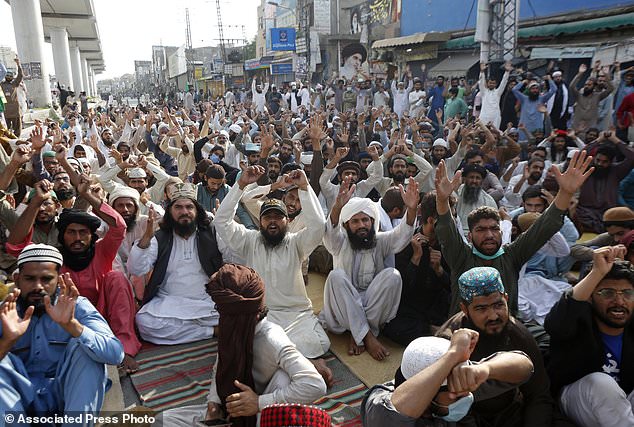 Supporters of Tehreek-e-Labiak Pakistan, a radical Islamist political party, chant slogans during a protest against the arrest of their party leader, Saad Rizvi, in Lahore, Pakistan, yesterday 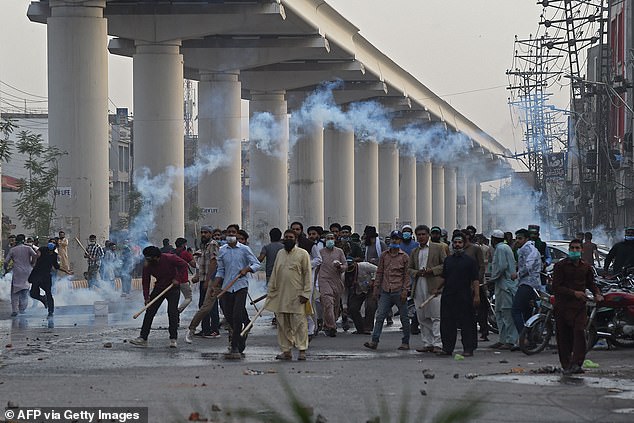 Creepy Joe has no problem with this. Neither does his “Climate Czar”, the demented John Kerry. They would simply say “other countries, other customs”.

As Sri Lanka cracks down on Muslims, Pakistan hosts Shavendra Silva as ‘Guest of Honour’ 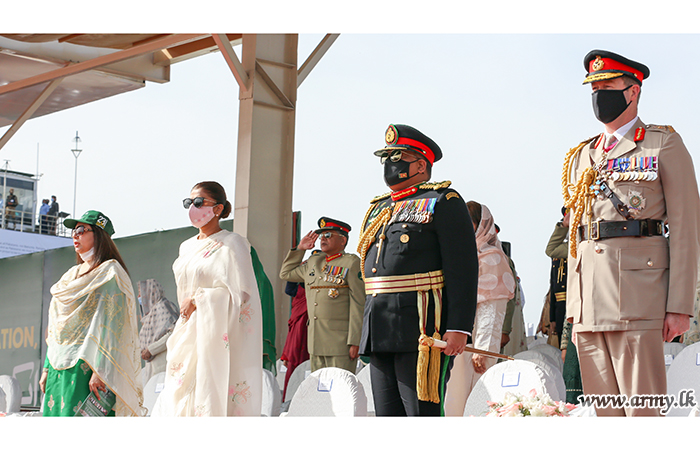