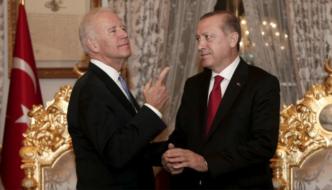 This is an extremely positive development, long overdue, and Biden’s handlers deserve kudos for getting this one right. We can only hope that this will herald a new vigor in opposing Turkish neo-Ottoman jihadist aggression and expansionist ambitions. “Breaking With Predecessors, Biden Declares Mass Killings of Armenians a Genocide,” via Jihad Watch Now that’s a big f*kcing deal for Biden. I can’t imagine that this has been agreed with his former master & mentor Hussein Obama. It was a slobbering love affair between him & the Turkish despot Erdogan. 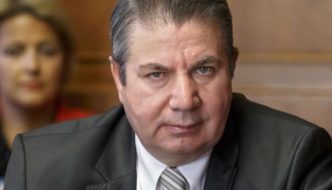 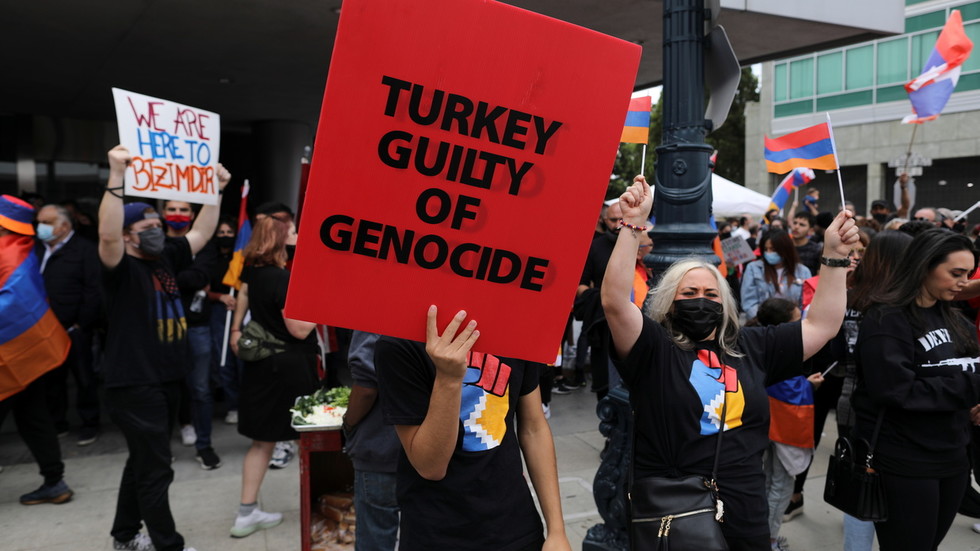 The Armenian Genocide Forges On

Today, April 24th, is Armenian Genocide Remembrance Day, marking 106 years since the start of the Armenian Genocide, when the Ottoman Turks massacred approximately 1.5 million Armenians during World War I.

Most objective historians who have examined the topic unequivocally agree that it was a deliberate, calculated genocide. According to the Genocide Education Project:

“More than one million Armenians perished as the result of execution, starvation, disease, the harsh environment, and physical abuse. A people who lived in eastern Turkey for nearly 3,000 years [more than double the amount of time the invading Islamic Turks had occupied Anatolia, now known as “Turkey”] lost its homeland and was profoundly decimated in the first large-scale genocide of the twentieth century. At the beginning of 1915 there were some two million Armenians within Turkey; today there are fewer than 60,000.

Not only has Turkey repeatedly denied culpability for the Armenian Genocide; it appears intent on reigniting it, most recently by helping Azerbaijan wage war on Armenia in the context of the Nagorno-Karabakh dispute, which again erupted into armed conflict in late 2020.

As Nikol Pashinyan, Armenia’s prime minister, observed in October 2020: “Why has Turkey returned to the South Caucasus 100 years [after the dissolution of the Ottoman Empire]? To continue the Armenian Genocide.”

During this recent conflict, which did not concern it, Turkey sent sharia-enforcing “jihadist groups.” According to French President Emmanuel Macron, they — including the pro-Muslim Brotherhood Hamza Division were sent from Syria and Libya to terrorize and slaughter Armenians. The Hamza Division reportedly kept naked women in prison while operating in Syria.

These mercenaries and their Azerbaijani partners, among other ISIS-like behavior, “tortured beyond recognition” an intellectually disabled 58-year-old Armenian woman by hacking off her ears, hands, and feet — before murdering her. Her family was only able to identify her by her clothes.

“Armenians,” according to a December 2020 report, “are being brutalized” and have “lost territory to their jihadist neighbors before agreeing to a cease-fire enforced by Russia…. Prior to violating the so-called peace agreement, the Turkish Muslims of Azerbaijan did as Muhammad commanded in beheading Christians.”

The report linked to a video of soldiers in camouflage overpowering a struggling, elderly Armenian man to the ground, before casually carving at his throat with a knife.

“Azerbaijan has accused Armenia of violating the peace deal first,” the report continues, “but observers note the only provocation Muslims need to attack Armenians is their continued existence.”

Anti-infidel rhetoric underscores this view. A captured terrorist confessed that he was “promised a monthly 2000 dollar payment for fighting against ‘kafirs’ in Artsakh, and an extra 100 dollar for each beheaded ‘kafir.'” (Kafir, often translated as “infidel,” is Arabic for non-Muslims who fail to submit to Islamic authority, which by default makes them enemies worthy of slavery or death.)

Armenian churches that came under Azerbaijani control have been desecrated — despite promises from the Azerbaijani authorities to protect them. In one instance, a soldier — it is unclear whether he was an Azeri or a jihadi mercenary from Syria or Iraq — was videotaped standing on top of a church chapel, where the cross had been broken off, and triumphantly shouting “Allahu Akbar!” Azerbaijani forces also shelled and destroyed Holy Savior, an iconic Armenian cathedral which was “consecrated in 1888 but was damaged during the March 1920 massacre of Armenians of the city by Azerbaijanis and experienced a decades-long decline.”

More recently, according to a March 29, 2021 report, during just two weeks, at least three Armenian churches in the Nagorno-Karabakh region were recently vandalized or destroyed by Azerbaijani forces — even though a ceasefire had been declared in November. Video footage of the desecration of one of these churches shows Azerbaijani troops entering the Christian place of worship, and then laughing, mocking, kicking, and defacing Christian items inside it, including a fresco of the Last Supper. Turkey’s flag appears on the Azerbaijani servicemen’s uniforms, further implicating the Erdogan government of involvement. As they approach, one of the Muslim soldiers says, “Let’s now enter their church, where I will perform namaz” — a reference to Muslim prayers; when Muslims pray inside a non-Muslim temple, it immediately becomes a mosque.

In response to this video, Arman Tatoyan, an Armenian human rights activist, issued a statement:

“The President of Azerbaijan, and the country’s authorities have been implementing a policy of hatred, enmity, ethnic cleansing and genocide against Armenia, citizens of Armenia and the Armenian people for years. The Turkish authorities have done the same or have openly encouraged the same policy.”

As an example, he said that Azerbaijan’s President Aliyev had proudly stated in early March that “the younger generation has grown up with hatred toward the enemy ” — meaning Armenians.

Such hate, a precursor to genocide, seems evident everywhere. One need only listen to a Turkish man rant in a video about how all Armenians are “dogs,” and that any Armenians found in Turkey should be slaughtered:

“What is an Armenian doing in my country? Either the state expels them or we kill them. Why do we let them live?… We will slaughter them when the time comes…. This is Turkish soil. How are we Ottoman grandchildren?…. The people of Turkey… have honor, dignity, and Allah must cut the heads of the Armenians in Turkey. It is dishonorable for anyone to meet and not kill an Armenian… If we are human, let us do this—let us do it for Allah…. Everyone listening, if you love Allah, please spread this video of me to everyone…”

Answering the question, “If you could get away with one thing, what would you do?” — asked to random passersby on the streets of Turkey — a woman recently replied on video: “What would I do? Behead 20 Armenians.” She then looked directly at the camera and smiled while nodding her head.

Much of this genocidal hatred should be unsurprising: Turkish public school textbooks, as a recent study found, continue demonizing Armenians — as well as Jews and Christians.

If Turks, who are not affected by the Armenian/Azerbaijani conflict, feel this way, why it should be a shock that any number of Azerbaijanis do, too? “We [Azerbaijanis],” noted Nurlan Ibrahimov, head of the press service of Qarabag football club of Azerbaijan, “must kill all Armenians—children, women, the elderly. [We] need to kill [them] without [making a] distinction. No regrets, no compassion.”

Today, therefore, marking the anniversary of the start of the Armenian Genocide, we would do well to remember not only what happened then, but what is clearly being primed to happen again.

Raymond Ibrahim, author of Sword and Scimitar, The Al Qaeda Reader, and Crucified Again, is a Distinguished Senior Fellow at the Gatestone Institute, a Shillman Fellow at the David Horowitz Freedom Center, and a Judith Rosen Friedman Fellow at the Middle East Forum.

One thought on “Biden Declares Mass Killings of Armenians a Genocide”