Deep State operatives are taking America to the abyss. All three-letter agencies are now run by leftist infil-traitors who support the revolution. The “Great Reset”, the pathetic “Build-Back-Better” & the New World Order are right on track to enslave us all. 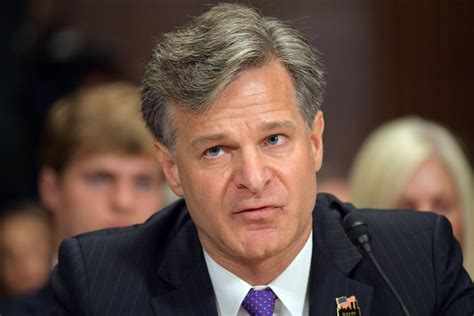 The director of the FBI, Christopher Wray, claims the greatest threat to America, comes from American citizens who love our country and its Constitution.

What is wrong with that picture? 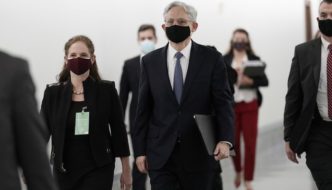 Garland, according to Nazaryan, “told Congress on Wednesday that violence incited by white supremacists poses ‘the most dangerous threat to our democracy.’ That assertion reflects near-universal consensus among national security experts, including those who worked for the Trump administration.” 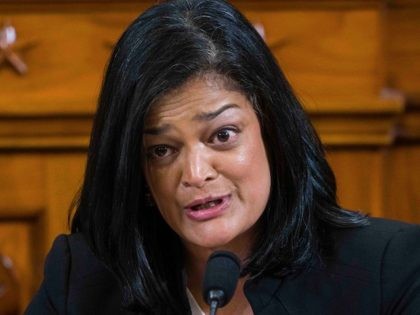 It could be worse: he could be on the Supreme Court. But as attorney general, Merrick Garland can do as much damage or more to our fragile and besieged republic than he could if Barack Obama had succeeded in placing him on the high court. A revealing piece in Yahoo News by “journalist” Alexander Nazaryan Wednesday revealed not only Garland’s frankly troubling agenda, but also how the establishment media runs interference and sells that program to a largely unsuspecting American public.

Garland, according to Nazaryan, “told Congress on Wednesday that violence incited by white supremacists poses ‘the most dangerous threat to our democracy.’ That assertion reflects near-universal consensus among national security experts, including those who worked for the Trump administration.”

Yeah, just like those seventeen intelligence agencies that had come to a consensus that Russia had hacked the 2016 presidential election. In both cases, they had a consensus, they just didn’t have any evidence.

But asking for evidence is likely white supremacist now as well. Nazaryan notes that “Garland’s warning came during a Senate Appropriations Committee hearing on the Jan. 6 riot at the U.S. Capitol, which was conducted by supporters of then-President Donald Trump and incited by white supremacist groups like the Oath Keepers and Proud Boys. Five people died as a result of the attack.”

This is false and severely misleading in numerous ways: neither the Oath Keepers nor the Proud Boys are white supremacist groups, and while Nazaryan tries to create the impression that the “white supremacist Trump supporters” killed five people, that’s not what happened.

But Merrick Garland apparently thinks evidence is for the proles. He intoned sententiously: “In my career as a judge and in law enforcement, I have not seen a more dangerous threat to democracy than the invasion of the Capitol.” He said that the Capitol incident was an “attempt to interfere with a fundamental element of our democracy, the peaceful transfer of power.” Consequently, “there has to be a hierarchy of things that we prioritize. This would be the one we’d prioritize.”

Nazaryan then tells us that Garland is an old hand at hunting down and neutralizing those evil white supremacists: “In 1995, Garland investigated the bombing of a federal building in Oklahoma City by white supremacists, an attack that killed 168 people, including 19 children. The bombing came at a time when militants were galvanized by violent encounters with federal authorities in Waco, Texas, and Ruby Ridge, Idaho.”