Evidence accrues that Covid leaked from the Wuhan Institute of Virology, as conservatives have been suggesting for over a year now, in the face of social media censorship and MSM ridicule. Despite the loyal support of the liberal establishment, not even the mighty Chinese Communist Party can keep the truth suppressed indefinitely. The USA’s highest paid bureaucrat has flip-flopped before (e.g., on masks, on herd immunity), but admitting that the virus may be manmade is colossal — considering that Fauci stands accused of irresponsibly funding the research that created it.

Even leftist “fact-checkers” are effectively admitting that they expect it soon to be proven that the virus is manmade. Now that their credibility is nil, Fakebook may have to come up with a new excuse to censor information Democrats want suppressed. 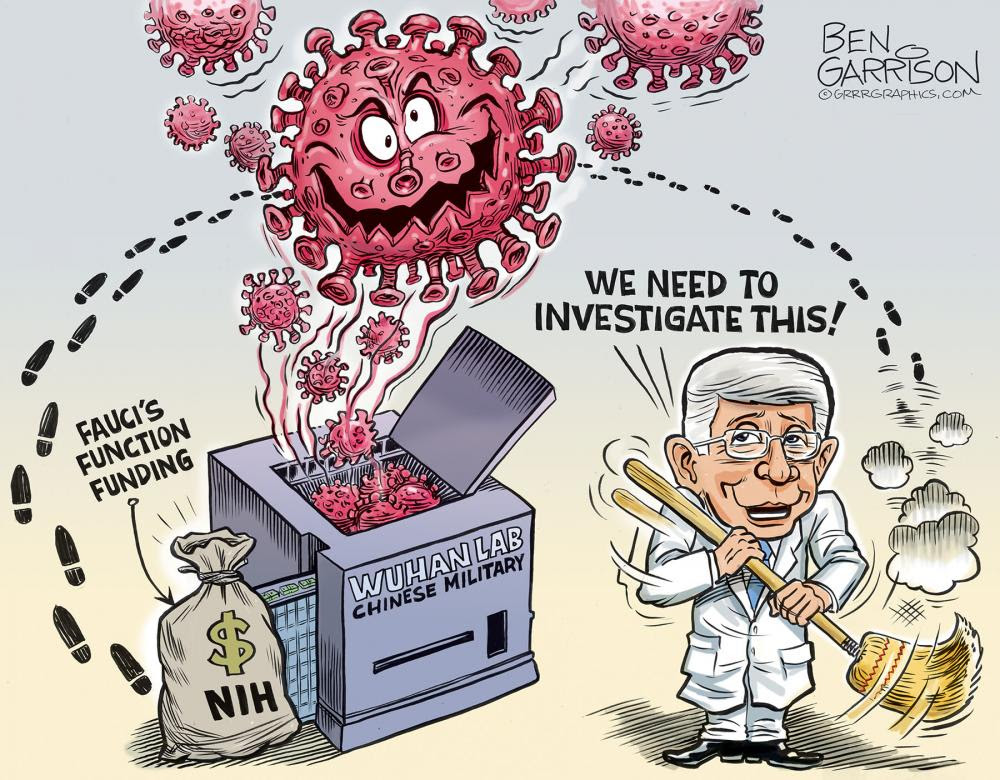 Looks Like Fauci Is Trying To Cover His Tracks…

The waffling Dr. Fauci once claimed COVID-19 originated naturally. Now he’s saying it could have been concocted in a bioweapons lab in Wuhan, China.

It was Fauci who led his National Institute of Health. He ordered grant money be given to the Wuhan Lab through an intermediary, Ecohealth. US taxpayer money was sent to the Wuhan lab to assist them in gaining function in the virus that became COVID-19. That’s what they did at the lab.

They were figuring out ways to make viruses more contagious and dangerous. The money was sent to China despite a moratorium against such dangerous research and despite the fact that the communist party there has been interested in developing biowarfare techniques to use against the United States.

Dr. Fauci should be thrown under the bus along with his ally, Bill Gates. Both should be tried for crimes against humanity. Instead, they will use their money and influence to remain above the law. Some lower-level stooge will take the fall.