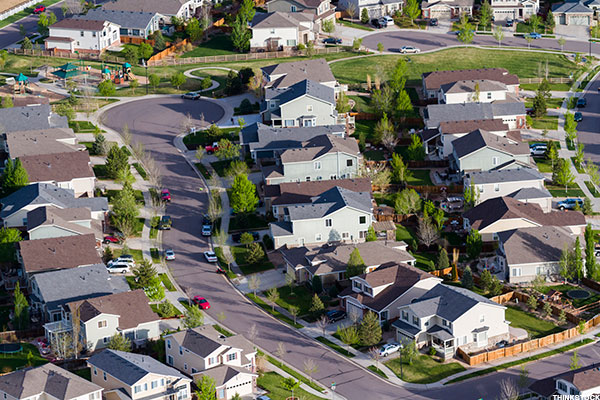 The iconic American suburban neighbourhoods that attract families looking for safe and prosperous areas have been targeted in recent years – first from those who believe zoning is a racist tactic to keep certain people out of the neighbourhoods.

And now a report from the left-leaning Brooking Institute is claiming that the “unsustainable” nature of the suburbs means they must be transformed in the name of preventing climate change.

Next step is the seizing and nationalization of all homes and land.
Especially farmland. Any excuse will do.

Now we know who they are. They need to be voted out. It’s time for a RINO culling program.

Thirty-five House Republicans voted Wednesday to establish a commission to investigate the riots and protests on January 6.

Thirty-five House Republicans voted Wednesday to establish a commission to investigate the riots and protests on January 6.

The House passed H.R. 3233, the National Commission to Investigate the January 6 Attack on the United States Capitol Complex Act, with 252 votes in favor and 175 votes against the bill.

Thirty-five House Republicans voted for the legislation, even though House Republican Leader Kevin McCarthy (R-CA) came out against the bill. He criticized House Speaker Nancy Pelosi (D-CA) for not negotiating in good faith.

The 35 House Republicans who voted for the bill reportedly include:

The ten House Republicans who voted to impeach former President Donald Trump also voted for the commission to investigate the riots on January 6.

The 35 House Republicans run counter to some House Republicans, such as Rep. Chip Roy (R-TX), who contended on the House floor before the vote that many committees already have the ability to investigate the incidents on January 6.

Rep. Lance Gooden (R-TX) said in a statement after the vote that Pelosi hopes the commission distracts from the Democrats’ many crises.

He said, “This partisan legislation was designed to distract the American people from the unprecedented crisis at our border, Joe Biden’s wasteful tax-and-spend policies, and the fact Democrats would rather defend radical Islamic terrorists in Palestine than support our allies in Israel.”