Leftist scumbags on Twitter bitch about #Trump rallies, claiming they are worse because to show them up triggers them. But they’re wrong. #Trump patriots leave no litter and clean up after themselves. Can’t say that for the attendees of the Gay Pride March in Manhattan yesterday: 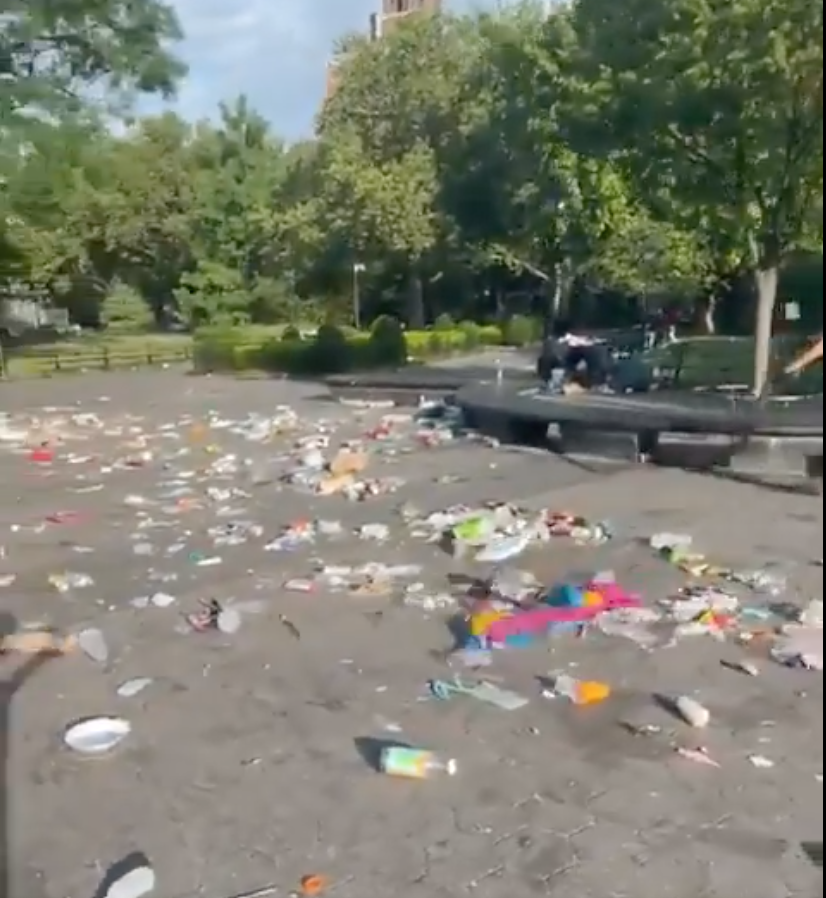 There is no Pride here. Just Selfish A-Holes

The attendees of the gay pride event in Manhattan yesterday left the public area trashed pic.twitter.com/GQAwFGDQ8E

Judge Them by What They Leave Behind

Anyone who attended a typical Tea Party rally can testify that the grounds were cleaner afterward than before it started. No one says that about moonbat events like the “pride” march in Manhattan on Sunday:

EU leadership is now fanatically dictating that Hungary and its ‘defiant’ prime minister Vickor Orban must bow the knee to the Pride Flag or else “must leave” the European Union.

Sherman’s March to the Sea left less of a mess.

It isn’t just LGBT militants. As Rob Natelson observed back in 2017:

The mess created by “progressive” rallies and demonstrations has become legendary. The Occupy movement left tons of litter for hapless sanitation workers to clean up after their 2011 protests. More recently, the “Women’s March” did the same. The Black Lives Matter movement has been even worse, adding riots and looting to their mounds of trash.

That was before mostly peaceful BLM protesters spent 2020 causing over $2 billion in damagewith their riots.

Organizer Mark Meckler explains why there was no mess at Tea Party rallies:

I’m sure that good, neighborly behavior was encouraged, but the reality is that this is just how folks on the right generally behave. We believe in the rule of law. We believe in the right to “peaceably” assemble. We believe in private property rights. And we believe in the Golden Rule. Were we “angry?” Sure, we were—and frankly, we still are. But we were civil, non-destructive, and certainly never criminal. These are hallmarks of conservative protests and are the exact opposite of what one sees on the left.

Last January 6 was the exception that proved the rule, and occurred only after many hundredsof media-approved Black Lives Matter riots that apparently convinced some that the rules had changed.

Actually, the rules of citizenship are the same as they have always been; the only difference is that leftists are more arrogant than ever in their refusal to obey them.

One thought on “Homo Promo & “Pride””