“White people objecting to the idea of being murdered for their race is evidence that White supremacy is out of control.”

From the National Justice Party 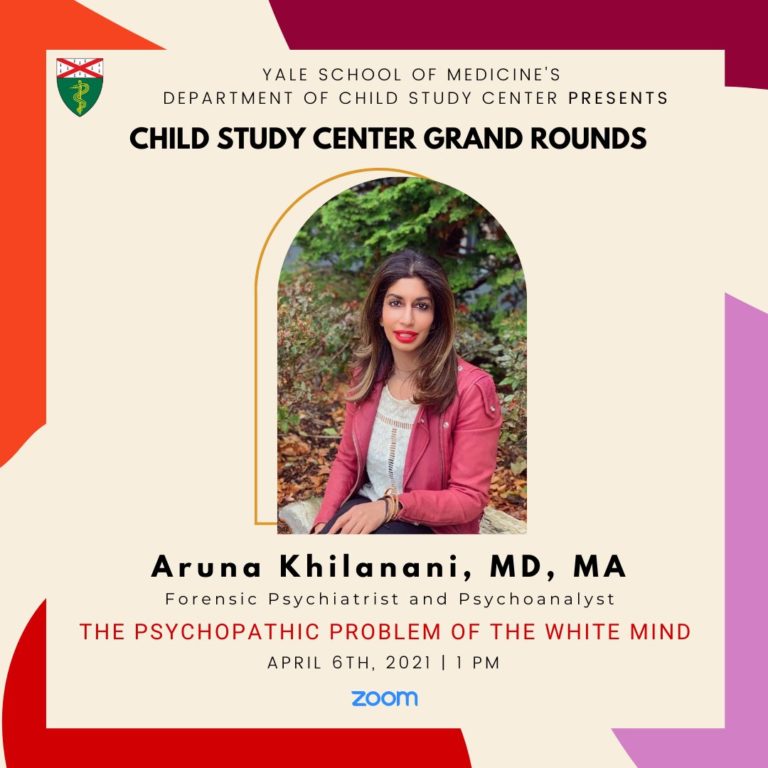 Aruna Khilanani, a “psychiatrist” of Indian descent, recently told an audience at Yale, where she was an invited speaker, that she regularly has fantasies of murdering White people and she feels no guilt about it. Khilanani accused all White people of being psychopaths, claimed the White race is a “demented, violent predator” and said that there are no good White people.

Khilanani is licensed to practice medicine by the State of New York, and despite her public statement that she regularly has violent ideations about doing harm to White people based on their race, there is no evidence that the State is investigating her or considering revoking her medical license. 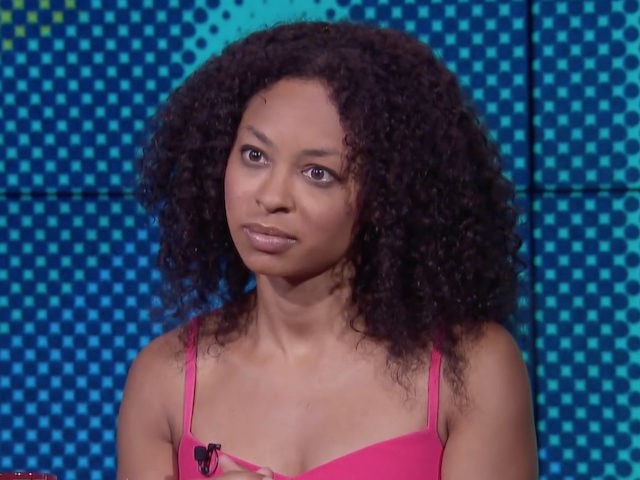 Here she is again:

Math is anathema to the New York Times. pic.twitter.com/IjaHDPOBsB

The lecture titled “The Psychopathic Problem of the White Mind,” which was really just a hateful diatribe against Whites and an exposure of Khilanani’s own psychopathy was delivered as part of Yale’s “Grand Rounds” series of lectures. According to the University, the purpose of these lectures is to educate the Yale community about issues of mental health.

Ordinarily, “Grand Rounds” lectures are accessible to the public online, but Yale covered up this lecture by removing it from their public website, allowing only members of the Yale community to access it. When the lecture was exposed, the backlash forced Yale to issue a mild rebuke, saying only that the lecture conflicted with their values. There has been no investigation into how Khilanani came to be invited to speak at the University, nor has the University accepted any responsibility for giving Khilanani such a prestigious platform to promote and normalize racial violence against Whites.

Most of those that attended the lecture approved of the content. According to the NY Times:

One woman who identified herself as a Yale psychologist called it “absolutely brilliant.” A man said, “I feel very shook in a good way,” and a Black woman thanked Dr. Khilanani for giving “voice to us as people of color and what we go through all the time.”

Even those among the Yale faculty that disagree with Khilanani have said that she should have a right to speak. Dr. Nicholas A. Christakis, a professor of science and medicine at Yale, said “Of course, as an invitee, she is free to speak on campus… But her views must be soundly rejected.” One wonders if Dr. Christakis, or anyone at Yale, would be willing to grant the same courtesy to a speaker that wanted to peacefully advocate on behalf of Whites, rather than call for violence against them.

Highlighting her insanity, Khilanani interpreted the removal of her lecture from Yale’s website as an attempt to protect so-called “White privilege,” the baseless conspiracy theory that claims that Whites are treated better than POC on account of their race. She also claimed the negative response to her lecture validated her point of view, suggesting that White people objecting to the idea of being murdered for their race is evidence that White supremacy is out of control.

Khilanani stated that the University was well aware of the title of her lecture and knew who she was and the kind of content she produced when she was invited, and any claims they make to the contrary are lies. In this, she is absolutely correct.

Yale is one of the most renowned schools of psychology in the world. The Jewish President of the University, Peter Salovey, is himself a social psychologist and also serves as a distinguished professor in Yale’s psychology and sociology departments. It is highly unlikely that Salovey or any other psychology faculty members at Yale were unaware of Khilanani. Even if they were, she submitted her lecture title and topic ahead of time, so they cannot claim ignorance of her intentions.

Khilanani is not an accomplished psychiatrist. She has not contributed to the field of mental health in any way. She is a political and racial activist using her MD as a tool to grant legitimacy to her anti-White racial ideology. She claims to have diagnosed every single White person on earth as having a psychopathic disorder, something no legitimate doctor would ever claim. So why was she invited to speak at a prestigious institution such as Yale?

Khilanani was invited to speak at Yale specifically because of the anti-White racial content of her work. Yale as institution promotes the same ideology as Khilanani to their students and faculty. These beliefs are common and considered high status among elites and aspiring elites at institutions like Yale and other Ivy League schools, seven out of eight of which are run by Jews.

Yale did not cover up the lecture to protect White privilege. They covered it up because they have more awareness than Khilanani, who is just a crazy person, of how unpopular these views are among the general public and how dangerous it is for them when White people learn that institutions like Yale are promoting hate and legitimizing violence against them.

The conservative response, if it isn’t total silence, has been to focus exclusively on Khilanani as a lone quack, while ignoring or downplaying the institutional support she enjoys. To simply call this another case of “wokeness” out of control, or some kind of unspecified “racism” misses the point. Who is Khilanani targeting with her racism? “Wokeness” simply means anti-White. Khilanani’s racism is directed at Whites. Khilanani is obviously a lunatic, but why is she being promoted by one of the most powerful and elite institutions in the country?

Conservatives don’t want to discuss this, because they don’t want to represent Whites as a race, even in the negative sense of protecting Whites from racism. They prefer to punt on the issue by simply saying that ALL racism is bad with no further context. Khilanani’s racism is just as bad as any other kind of racism according to conservatives, who desperately want to avoid confronting the fact that no other form of racism is given a platform at Ivy League psychology lectures. This is because conservative politics seek to de-racialize White people at precisely the same time that liberal politics are increasingly racial and anti-White.

Recently, a conservative employee of the Jewish-run Manhattan Institute, Christopher Rufo, engaged in a debate with Black “anti-racist” activist Marc Lamont Hill on “critical race theory.” Hill asked Rufo to say some positive things about White identity. Rufo refused to do it, instead deferring to the typical conservative talking points that no characteristics, positive or negative, should be associated with any particular race and begging Hill to stop making things about race.

“What do you like about being White?” I asked this question to anti- Critical Race Theory advocate Christopher Rufo. He stated that Whiteness was always only painted as negative, so I asked him to offer something different. Peep his response: pic.twitter.com/H5IkAyv2Co

Hill simply snickered derisively in response. And why shouldn’t he? Rufo broadcast the message that he has no intention or ability to actually fight on the relevant battlefield. In fact, Rufo’s role is to neutralize and undermine any White response to the racial attacks they receive from anti-White activists.

The absurdity of the conservative response to institutional anti-Whiteness was highlighted by Khilanani herself, who said her desire to kill White people is only magnified whenever a White person says that they are not racist, that they think all races are equal or that they don’t see color. So rather than protecting Whites from these sort of attacks, conservative narratives are only encouraging them!

The only response to the sort of anti-White attacks being promoted and normalized at the institutional level is a vigorous and explicitly racial defense of White people and their rights and dignity. Neither Khilanani, nor her Jewish enablers at Yale, are prepared for Whites to actually stand up and show some backbone. They feed off the kind of mealy mouthed and hypocritical opposition offered by losers like Christopher Rufo.

Offering exactly the kind of principled racial defense of Whites that would shut the mouths of anti-Whites like Khilanani, Hill and the Yale faculty is the reason the National Justice Party was formed.

We are now suffering through an epidemic of anti-racism indoctrination presented in a very racist (anti-white) way.