Iran’s presidential election was held on June 18, 2021; Ebrahim Raisi, a former judge of the merciless hanging variety, was elected. He gave his first press conference on June 21. A preliminary Jihad Watch report on this is here, and another news story on it is here: “Iran’s …Read More…by Hugh Fitzgerald

“Mossad has gained much influence in Iran. All officials should fear for their lives.”

“Instead of identifying Mossad agents, regime’s intel agencies have turned on each other.”

The Decline Of The Shi’a, Hastened By The Islamic Republic Of Iran 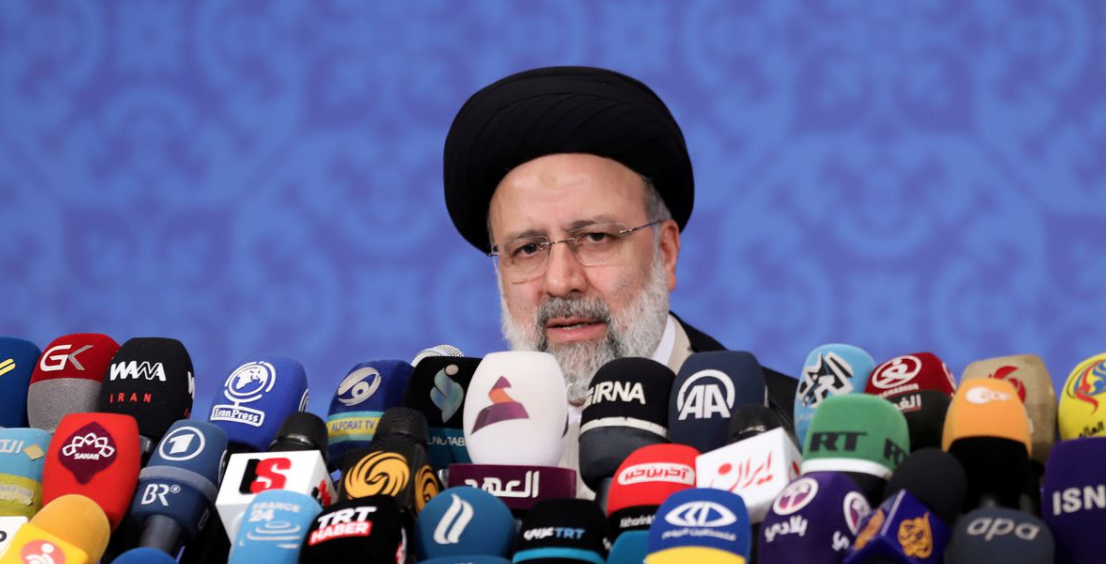 The unattractive people in Iran who run the Revolutionary Guards and the military, and who deliver fatwas, and who wait for the Hidden Imam, have within their own country caused Islam itself to be called into question. This is naturally most evident in the behavior of the most intelligent and best educated. It is they who are not getting married, or if married, not having children. For who would want to have to raise up a child in a society suffused with fanatical Islam, if you had had a third of a century to judge the effects of that Islam when taken to heart, and put into practice. Thus Iran’s population is decreasing at a level even faster than that of the demoralized countries of Western Europe, and it is the rustics, the grobians of the countryside, who continue to reproduce. The I.Q. level of Shi’a Iran goes down, and down.

And outside Iran, all those dreams of a Shi’a revival, have come to nothing. The silly hope was based on an appeal based on the Islamic Republic of Iran being the paladin of the Jihad against the Little Satan (Israel) and the Big Satan (the United States), with the Middle Satan (England, with its history of presumed exploitation of Iranian riches by theÂ  Anglo-Persian Oil Company, and its supposed manipulation of Kermit Roosevelt and others in the C.I.A. into that coup against weepy Mossadegh (from which, some Iranians still devoutly believe, the rise of Khomeini a quarter-century later naturally followed, so that they choose to blame the West for this fanatical ayatollah’s success, rather than the permanent hold of Islam on the primitive masses).

Now surely among the Iranian rulers, and among many they rule, the realization is dawningÂ  that the Sunnis, and not just the “Takfiris,” will never accept the Shi’a as orthodox Muslims. Even if they were to wipe out Israel this would not change Sunni attitudes toward the Shi’a.

And everywhere you look, the killing of Shi’a by Sunnis continues. In Pakistan, for many decades, Sunni young men would have fun attacking, on the street, Shi’a, and there are groups, some of them now formally outlawed but informally still at work, such as Sipah-e-Sahaba, that take as their task attacks on Shi’a mosques (that go by a name other than masjid), schools, pilgrims in Ashura processions, and individuals, especially engineers, doctors, teachers. This will not stop, and there is nothing the Islamic Republic of iran can do about it. In Afghanistan, it was American troops that prevented the Taliban from attacking the Shi’a Hazara, and with the Americans out, those attacks will resume with greater force. In Iraq, the fury felt by the Sunnis, at having to yield power to what is now a Shih’a dictatorship, is expressed in support for, or at least moral indifference to, attacks by Al-Qaeda on Shi’a.Â  Syria, the attempt by the Alawites a few decades ago to be declared to be Shi’a — and an Iranian cleric obliged, issuing a fatwa to that effect — so as to be spared the murderous hatred that would be directed at Infidels,Â  has ended up endangering the real Shi’a in Syria, and in Lebanon too, who have come to the rescue of the Alawites, because they know that an uber-Sunni regime in Syria will be bad for Shi’a in the whole area. In Yemen the Houthis, who are Shi’a, lead a rebellion that is one among many (there is, for example, another center of revolt in what once was South Yemen), and the Sunnis are attempting to suppress it. And in Saudi Arabia, the spectacle of the Shi’a revolt in Bahrain has excited some of the Shi[‘a in the Eastern Provice (Asir), where all the major oil fields are to be found, and the Wahhabis of Saudi Arabia, will never accept the Shi’a as real Muslims.

Someone is bound to write a little essay with the sensational (and inaccurate) title “The End Of The Shi’a.” It’s not quite that dramatic. But the Shi’a are everywhere in trouble, and the Iranian government, or those in that government who have kept their wits about them, should be moving heaven and earth to halt the nuclear project, end the sanctions, and stop the folly of thinking they can become the leaders of an Islamic world that is 85% Sunni and has no intention of ever accepting the Shi’a.