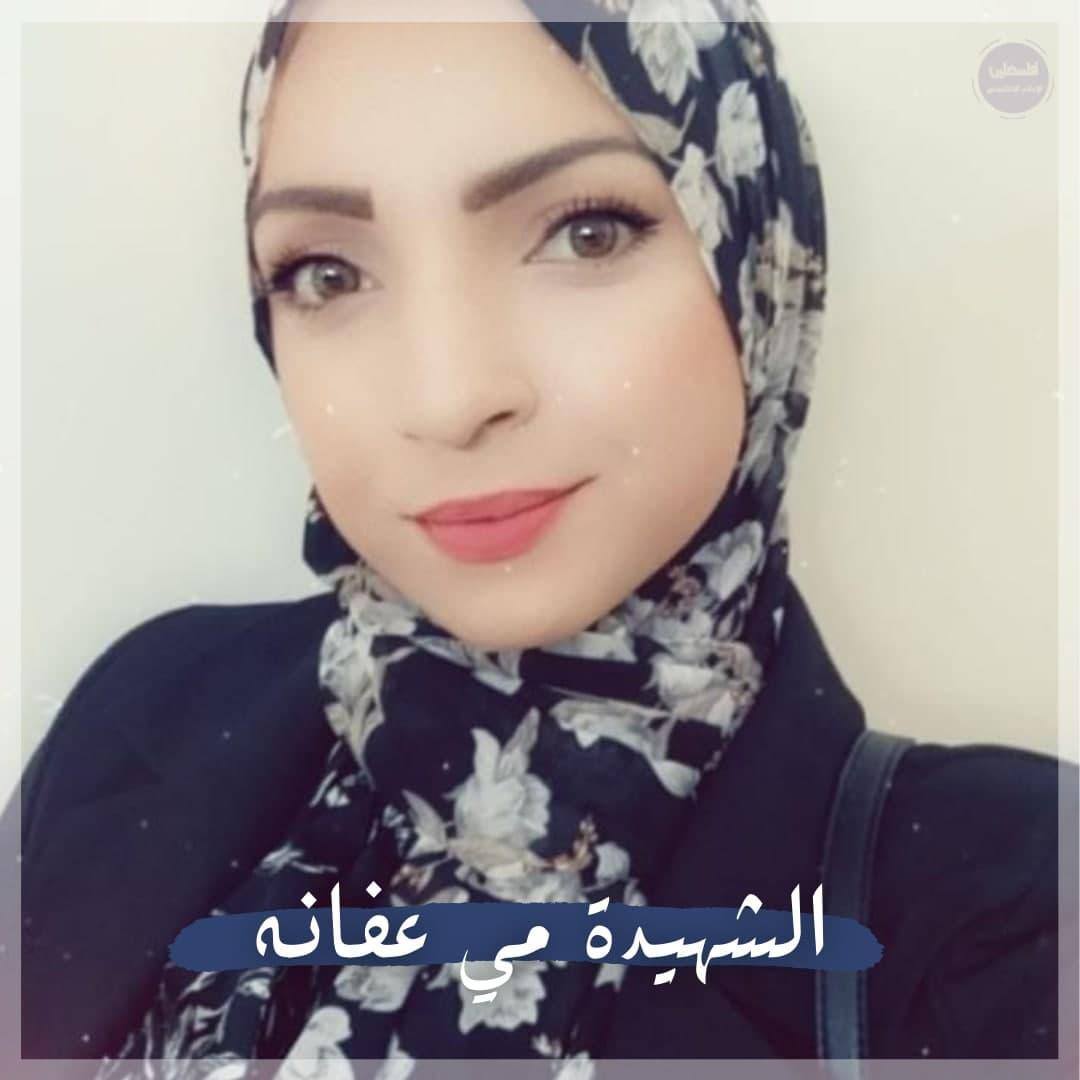 June 17 at 6:28 AM  ·
.
This morning, this beautiful woman died. She died after being shot by Israeli soldiers. She may become famous. Her family will certainly get a lot of money for her death.
.
They will cry in front of the cameras at the act of oppression, occupation, aggression and any other “ion” they can think of.
.
They will use words – racism, capitalism, imperialism and any other “ism” they can think of.
.
What they won’t tell you is that this morning she made a decision to die. She made a choice – an immoral one. She chose to plow her car into a group of soldiers who luckily were mostly able to get out of the way.
When an Arab plowed into my son’s unit 13 years ago, 23 soldiers couldn’t get away…several were seriously injured. Today, thank God, only one soldier was lightly injured.
.
After she unsuccessfully tried to commit murder from the comfort of her car, she went from a bad decision to just plain stupid. She got out and attempted to stab any soldier she could reach. In the “thick” of it all, one soldier was able to take the shot and bring her down.
.
In their world, she will be called a martyr. In our world, she is a terrorist. In both worlds, what she did was commit suicide-by-soldier because there can be no other outcome when you attack a group of armed soldiers.
.
I don’t know her name (yet). I don’t know how old she was. I don’t know if she, like other female Arab terrorists, was caught by a family member having an affair or even speaking to another man and was therefore threatened into doing this attack.
.
What I know is that she is dead and I can’t say I’m sorry. As a soldier’s mother, I know that it was her life or the lives of those she attacked.
.
Remember that, when you hear her name and see her picture. She rammed into soldiers; she attempted to stab soldiers. Her end would be the same, regardless of the nationality or religion of the soldiers she attacked. She was just stupid enough to attack Israeli soldiers, blessed with enough experience to understand in that moment, it was their lives or hers. Hers became meaningless the minute she put her foot on the gas pedal and aimed at our sons.
.
Am Yisrael Chai.

Erdogan calls for Muslim nations to unite against Israel

Turkey’s Jews are on edge.

A frenzy of anti-Israeli coverage in Turkish media has accompanied anti-Semitic attacks on the country’s small Jewish community.

Turkey’s tiny Jewish community is once again in the cross hairs of the ongoing violence between Israelis and Palestinians, with its community newspaper the target of a fresh wave of anti-Semitic attacks.

They posted, “Our actions will continue until Palestine is free and independent.” They also posted a verse from one of Kisakurek’s poems evoking Palestinians responding to Israeli missiles with stones. The perpetrators have yet to be caught. Turkey’s Jews are on edge.

Sympathy for the Palestinians runs strong in Turkey and cuts across ideological lines with outrage aired by pro-government and opposition circles alike over the mounting civilian toll of Israel’s continued assaults on Gaza.

But hostility toward Israel has been determinedly cranked up under nearly two decades of Justice and Development Party rule, resulting in the current hiatus in political relations.

The overall death toll in Gaza now stands at 200, including 59 children and 35 women, with 1,305 injured, according to the Hamas-run Health Ministry, the BBC reported Monday. Turning a deaf ear to international calls for a cease-fire, Israeli fighter jets continued to pound Gaza today. The Israeli military said it struck 35 “terror targets” during a 20-minute-long attack and hit the homes of nine “high-ranking” Hamas commanders.

Erdogan calls for Muslim nations to unite against Israel

The cyberattack on Salom comes amid a frenzy of anti-Israeli coverage in Turkish media, with state-run Turkish Radio and Television (TRT) leading the charge with slick videos that place all of the blame on Israel without offering a contrary view or reporting Hamas’ unremitting barrage of rocket attacks — over 3,000 of them have been fired so far accordingto Israeli officials — on Israeli population centers.

They appear to be taking their cues from Erdogan, who calls Israel “a terror state” and has been reaching out to fellow Islamic leaders, including Iranian President Hassan Rouhani, to forge a common front against the Jewish state.

Prior to the outbreak of violence triggered by the planned evictions of Palestinians from East Jerusalem’s Sheikh Jarrah neighborhood, Turkey had been seeking to mend ties with the Jewish state to curry favor with the Biden administration, and to bust the burgeoning alliance between Israel, Egypt, Greece and Cyprus to counter Turkish claims on gas exploration rights in the Eastern Mediterranean.

It had invited Israeli Energy Minister Yuval Steinitz to a diplomacy forum sponsored by Erdogan that is due to be held in June in Antalya, a popular resort for Israeli tourists on Turkey’s Mediterranean coast. Ankara has rescinded the invitation.

“Each time violence flares in Gaza, we find ourselves in the middle. In fact, ever since my childhood, I have been held to account for Israeli policy,” said Karel Valansi, a columnist for Salom and author of “Crescent and Moon and the Magen David: Turkish Israeli Relations Through the Eyes of the Turkish Public.”

This mindset reflects both ignorance, and at its most invidious, a deliberate distortion of the concept of nationality, Valansi told Al-Monitor, whereby Turkish nationals are seen as being uniquely Sunni Muslim and ethnically Turkish. “Turkish nationality is not exclusively granted to Turkish Muslims, however,” she noted.

Valansi herself has been the target of a smear campaign by Takvim, a pro-government mouthpiece. In its May 15 edition, the newspaper splashed her photograph along with accusations that she was “defending the Zionist terror state, Israel.”

This is the second time in the past two months Takvim has taken aim at her. Had any Turkish government official reached out to offer their sympathy? “No,” she said.

Ankara is seeking to leverage Muslim rage against Israel to mend its frayed ties with regional Arab governments, but whether it can succeed is another matter. Leaders in Egypt, Saudi Arabia, Jordan and the United Arab Emirates all view the Muslim Brotherhood movement as a threat to their rule and Turkey’s embrace of it as a direct affront to their authority.

Israel and Egypt are demanding Ankara evict Hamas and Egyptian Brotherhood figures who operate out of Turkey as a precondition for restoring amicable ties.

As Turkey’s Jews who currently number around 14,000 — they are migrating in growing numbers to Israel and the United States — struggle to navigate this fraught climate, many find it useful to blame the violence on Israel’s hawkish prime minister, Benjamin Netanyahu.

“From what I see here in Israel, Turkish Jews choose to condemn Netanyahu as the real culprit in order to strike a middle ground between not offending the Israeli state while at thesame time not fully defending Israel either,” he told Al-Monitor. “

Blaming Netanyahu relieves Turkish pressure on them. At the same time, criticizing the government is regarded as normal in Israel.

Therefore, it wouldn’t be regarded as treasonous behavior in here,” Yanarocak added. This is in sharp contrast with Turkey, where thousands of government critics, including scores of journalists and academics, have been prosecuted and jailed for airing negative views.