We know now that the Biden regime is the continuation of the disastrous reign of Hussein Obama. The destruction, the dismantling of America is a heartwrenching affair. Many of us are paralyzed watching while leftist Moonbats gloat, cocksure that nothing can happen to them because it hasn’t happened yet. 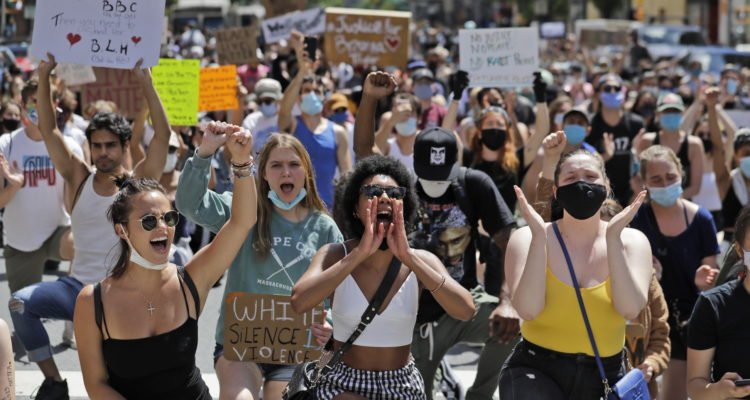 Who will liberate America if it becomes totalitarian state? America is playing with fire. 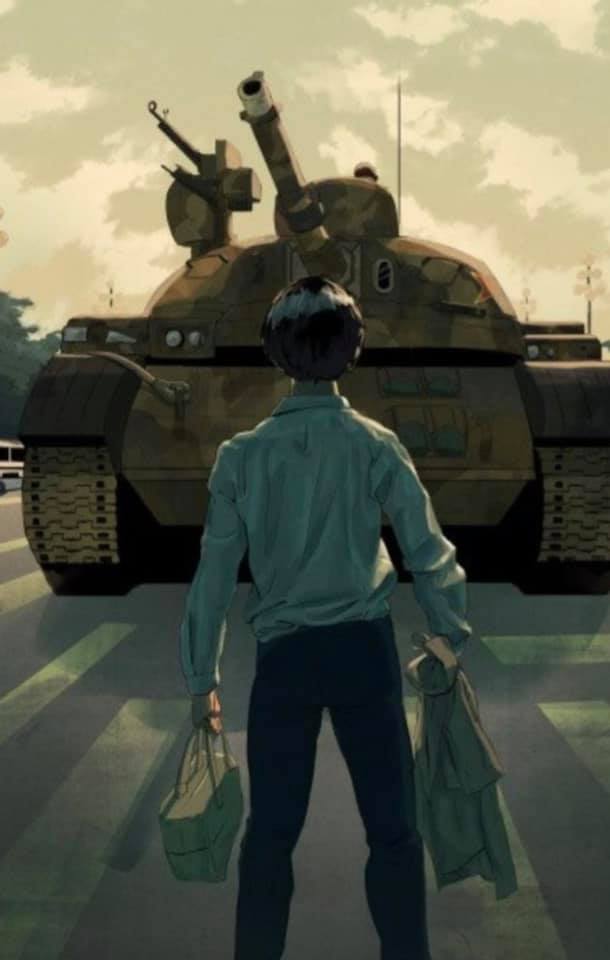 This man’s bravery will live for all time.

The Most Important Book You Will Read This Year

And once you’ve read it, spread the word. Or say goodbye to America.

Rarely has an author been proven correct so quickly. Last month, Lt. Col. Matthew Lohmeier, the commander of a Colorado-based Space Force squadron, published a book entitled Irresistible Revolution: Marxism’s Goal of Conquest & the Unmaking of the American Military. On May 7, podcaster L. Todd Wood (“Information Operation”) posted an interview with Lohmeier about the book.

In their 34-minute exchange, Lohmeier – a former Air Force fighter pilot and flight instructor who, at Space Force, was in charge of detecting ballistic missile launches – exuded decency, rectitude, and a deep respect for the uniformed services. He didn’t criticize anybody by name; he only made frankly undeniable statements about the Marxist nature of some of the ideas that are now being taught to U.S. servicepeople. It was crystal clear that in speaking out, he was convinced he was doing his patriotic duty.

A week to the day after the interview was posted, Lohmeier’s superiors abruptly relieved him of his command. A Space Force spokesperson announced that an investigation had been initiated into whether Lohmeier’s comments on the podcast “constituted prohibited partisan political activity.” In fact, the entire point of Lohmeier’s commentary was that members of the American military are today being brainwashed with hard-core Marxist ideas that not only constitute partisan political activity but seek to demonize the country the military is supposed to be defending. As for Lohmeier’s own comments, there was nothing remotely partisan or political about them – unless you consider it partisan or political to be a patriot.

On the one hand, Lohmeier’s dismissal is a disgrace. On the other hand, what better way to draw attention to the supremely urgent message of his book – a truly sensational exposé that should be read by everyone who cares about America’s fate in this perilous era of woke insanity.

Much of Lohmeier’s book consists of anecdotes about his encounters with the Marxist bilge now being endorsed by the Department of Defense in the name of “diversity and inclusion.” For example, last year, after the death of George Floyd, Lohmeier and other men and women stationed at his base were shown two videos. One of them depicted American history as, in the words of its director, “400 years of white supremacy.” It portrayed the Constitution as oppressive and stated that all whites are racists, whether they know it or not. The other video described America as a “system of oppression,” accused Donald Trump of fueling “systematic racism,” presented Obama and the Clintons as anti-racist heroes, and promoted ideas about America that, in Lohmeier’s view, seemed intended “to justify…violent riots.”

Lohmeier was disturbed. But those videos were only the tip of the iceberg. “As a commander of young military professionals, all of whom have taken an oath to support and defend the Constitution,” he writes, “I became concerned that race-based identity politics would erode the trust and confidence these young people have in their country and in the Constitution.” No kidding. He could justifiably have taken his criticism much further. To feed members of the military this kind of propaganda is to plunge them into utter cognitive dissonance – into Orwellian Doublethink. If you’re going to promote such ideas – which paint America as a racist republic that shouldn’t be defended but overthrown – why have a military at all, unless you’re planning to use it to stage a Communist revolution?

Participating in an on-base discussion group, Lohmeier had to read the book So You Want to Talk about Race by Ijeoma Oluo, which “teaches that the United States is ‘a white supremacist society’ that must be ‘dismantled piece by piece,’” that “speech that makes ‘people of color feel unsafe’ is ‘an act of violence,’” and that whites who feel uncomfortable should not “’be treated as if harm has been done to them.’” Then there’s the military chaplain who told Lohmeier that “whites are racists,” and who wanted Lohmeier’s squadron members to take classes about how “the United States was founded by racists” and its history “written by a white oppressor class that was racist.”

All this, mind you, was going on during Donald Trump’s presidency. When Trump got wind of it, he issued an Executive Order requiring that the Department of Defense “immediately suspend diversity and inclusion training.” Yet military leaders, ignoring the order, continued to abet the spreading of these ideas. Did they get in trouble for disobeying the president? Of course not. Only those who agreed with their commander-in-chief were in danger of punishment – and Lohmeier knew it. Yet his sense of honor – his loyalty to his military oath – compelled him to speak up.

He’s far from the only member of the U.S. military who’s alarmed by the way things are going. He tells of white officers who’ve left the military because they’re sick of being told that “they are racists solely based on the color of their skin.” He mentions a “non-white female” officer who quit because she felt valued not for “her work ethic and the quality of her work” but for “her ethnicity and sex.” He describes high-school students who are loath to join the services because “they are unsure what their country stands for anymore.” And he cites black West Point cadets who are unsure about pursuing an Army career because, having bought the Marxist line, they’re “conflicted about swearing an oath to defend a white supremacist country.” Lohmeier personally knows an officer who’s tweeted that America’s systemic race problem won’t end until “we burn the system to the ground.” Did he get in trouble? Certainly not.

Lohmeier’s dismissal made nationwide headlines. Six days after announcing the investigation into his conduct, the Air Force revealed that it had “elevated” the probe, meaning that it would “now be investigated by the Air Force Inspector General,” owing to “the complexity and sensitivity of the issues under consideration, as well as potential for DAF-wide impact.” Meanwhile, Lohmeier is being roundly trashed all over the place by his moral and intellectual inferiors, who are flinging the usual lies. The host of one left-wing podcast summed up Lohmeier’s complaint by sneering that he’s simply “mad [that] black women fly planes,” while her co-host assured viewers that “diversity and inclusion” training amounts to little more than telling white people not to “touch black women’s hair.”

Decadent times, awash in mendacity and cowardice. And – though none of us ever imagined it – even the military isn’t immune. Make no mistake: the kind of indoctrination that Lohmeier recounts in his book is nothing less than treasonous – a manifest attempt to sow discord and crush patriotism, thus rendering the military useless as a fighting force. Barring a massive public outcry, it seems unlikely that Lohmeier’s whistleblowing will result in serious changes in DoD practices under the current government. Yet if he and his book get sufficient attention in the new media, his revelations may go a long way toward ending Democratic control on Capitol Hill next year – and, provided a few Republicans with backbone are voted into office, may help spell an end to the DoD’s woke lunacy. This, at least, must be our goal.

In any event, patriotic Americans now have a new hero, and his name is Lt. Col. Matthew Lohmeier.