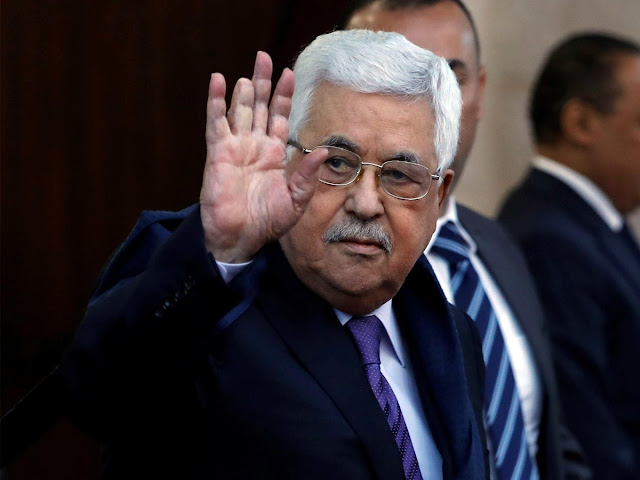 There has been increased interest recently from the Biden administration to restart negotiations between the Palestinian Authority and Israel
US Deputy Assistant Secretary of State for Israeli and Palestinian Affairs Hady Amr will arrive this week in Israel to try to restart the moribund peace process, and presumably, he will meet with Palestinian leaders as well.

According to Ehud Yaari of Israel’s Channel 12, Mahmoud Abbas has prepared a list of some 15 demands that are prerequisites for negotiations. 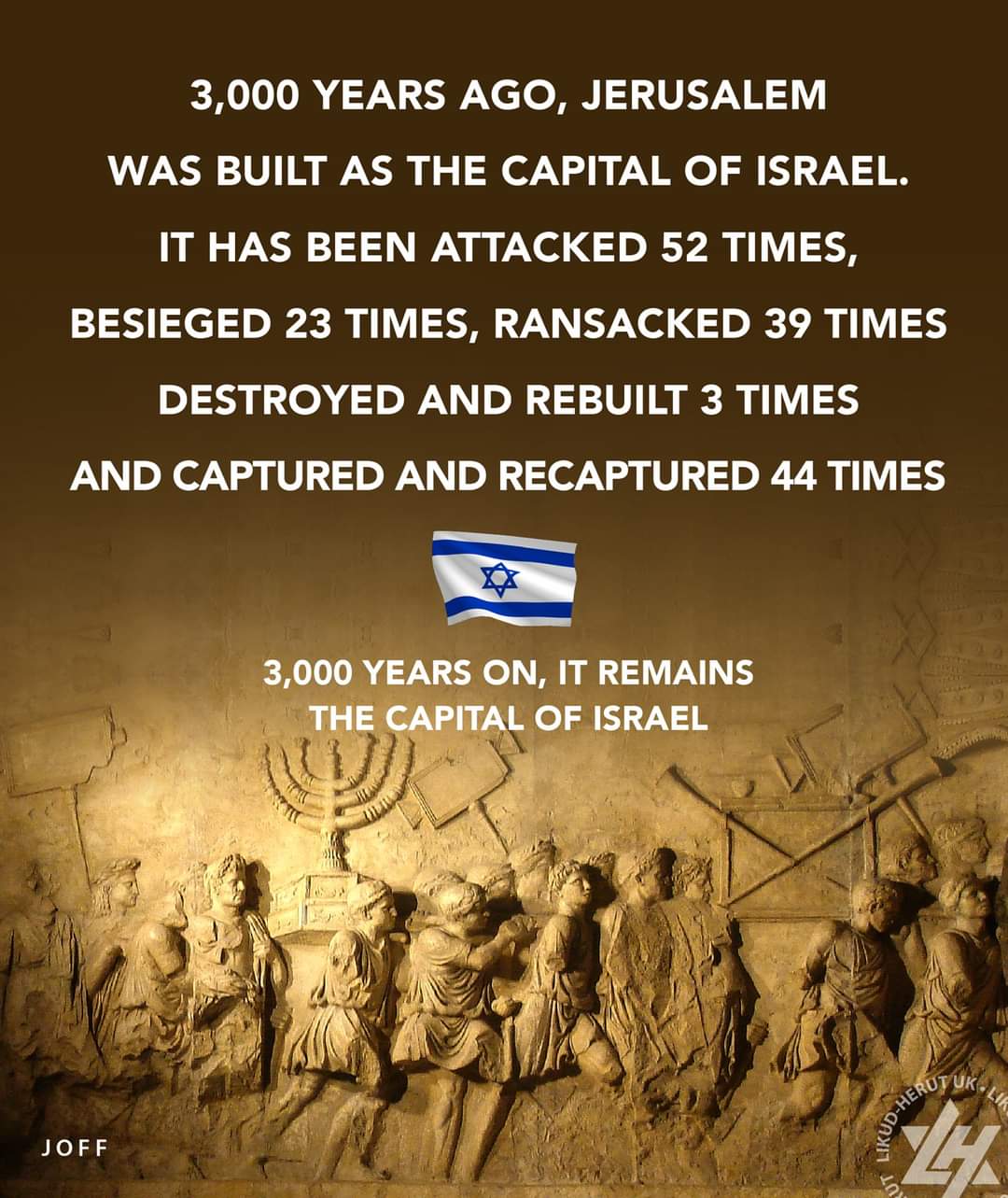 Demand #2 is for “restoring the old status of Al-Aqsa Mosque, which includes limiting the activity of the Israeli occupation police in Al-Aqsa and stopping settlers’ incursions.”
This means banning Jewish groups from visiting the holiest Jewish spot. This is pure antisemitism as a demand as a prerequisite for “peace negotiations.”
Anyone see a problem here?
Here’s the entire list of demands 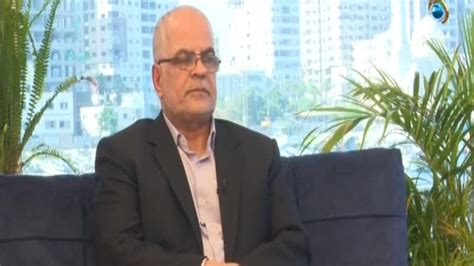 Gaza Professor Of Islamic Studies Nasr Fahajan: When Palistan Is Liberated, The Jews Will Not Be Annihilated; Some Will Be Allowed To Escape Abroad

Goodness gracious, this primitive swine is a professor.

Pali professor of Islamic studies Nasr Fahajan said that according to the Quran, Allah will “show His mercy” to the Jews by allowing some of them to escape when Israel is destroyed and Palestine is liberated.

Israel’s Defense Minister Gantz Offers Humanitarian Aid to Lebanon, US and Europeans Do Not

Lebanon is on the edge of complete economic collapse, and so far one country has offered it aid. Not its fellow Arab states. Not Iran, which provides aid not to Lebanon, but only to Hezbollah, the terror group that has helped bring Lebanon to its present pass. Not the Europeans …Read More…by Hugh Fitzgerald

Israel’s Medical Treatment of Leaders of Hamas and the PA, and CUNY’s Double Standard

Nerdeen Kiswani is the CUNY law student who posted a video of herself holding a flaming lighter in her hand, and approaching a man wearing a sweatshirt with an IDF logo, while she says “I’m gonna set it alight. I’m serious.” She has also accused Israel of committing “genocide” on the Palestinian people. But judging by the medical treatment that their leaders insist upon receiving in Israel, few Palestinians would agree with Nerdeen Kiswani’s accusation. …Read More below the fold…by Hugh Fitzgerald

A member of the Isis beheading gang known as “the Beatles” is suspected of recruiting as many as 25 fighters from a small patch of west London. Alexanda Kotey, one of two Britons awaiting trial in America over the kidnap and murder of western hostages …Read More…From The Sunday Times The BBC and Bradford Zone

Consider the Israeli record in treating the leaders of both Hamas and the PA, and their families:

Saeb Erekat spent his life denouncing Israel and Israelis. He worked tirelessly not only to delegitimize, but to try to destroy Israel by means of economic strangulation through his unending promotion worldwide of the BDS campaign. He accused Israel of being an “apartheid” country, actively supported the “resistance” (a euphemism for Palestinian terrorism, which aims to kill Israelis), called for a tsunami of millions of “returning Palestinian refugees” to overwhelm Israel and demographically destroy it as the homeland of the Jewish people, and advocated ending coordination between Israel and the Palestinian Authority. But when he came down with Covid-19, he insisted on being treated at the Hadassah Ein Kerem Hospital, where he received – as he knew he would – a standard of care unobtainable in Palestinian hospitals.

The Jerusalem-based Sheikh Ikrima Sabri behaved the same way. For years, he spewed vicious propaganda and anti-Israeli and anti-American incitement from his pulpit. But when he urgently needed heart surgery, his first choice was — the Zionist-run Hadassah Hospital in Jerusalem. The Jewish doctors saved Sabri’s life, and he returned to defaming Israel and inciting violence and terrorism against Jews.

In 2014, the wife of PA leader Mahmoud Abbas was treated in Israel. In 2018, an Israeli specialist was sent to Ramallah to treat Abbas himself, resulting in a dramatic improvement in his health and apparently saving his life. Over the years Israel has provided medical care for the relatives of the Hamas and PA leaders, whose main pastime is to spend their days thinking about and planning how to destroy the State of Israel.

The Western press has failed to mention that first Abbas’ wife, and then Abbas himself, were both successfully treated by Israeli doctors.

Abbas and his wife are not the only members of his family who have been treated by Israel. Mahmoud Abbas’ younger brother, Abu Louai, was treated in Assuta Hospital, a private hospital in Tel Aviv. Abu Louai is 76 years old and suffers from cancer. He lives in Qatar. The PA press has not and will not ever publish this information, nor will the rest of the Arabic press, should they ever get the news. Notice that Abu Louai chose or rather, his brother chose for him, to be treated in an Israeli private hospital, even though the alternative was not, in his case, a poorly-funded Palestinian hospital, but a state-of-the-art hospital in enormously rich Qatar. No doubt Mahmoud Abbas wanted the best care for his brother, and his own experience with an Israeli specialist who treated him in Ramallah for a life-threatening condition led him to insist that his brother be treated by Israeli medical personnel. Even a hospital in Qatar wasn’t good enough. And when Abbas’ brother-in-law needed a heart operation, he too was treated in an Israeli hospital. In other words, Abbas, his wife, his brother, and his brother-in-law have all been treated for life-threatening illnesses by Israeli doctors.

Beyond the medical treatments given to the very terrorists sworn to destroy the Jewish state, Israel opened up several years ago a field hospital on its Syrian border in the Golan Heights to treat those seeking help. The Israeli doctors and nurses asked no questions of any of the hundreds of wounded. The patients included soldiers from the hostile Syrian Army — still technically at war with Israel.

Here are some more examples of how the “genocidal” Israelis treat members of the truly genocidal terror groups dedicated to Israel’s destruction:

In October 2014, just two months after Hamas started a war with Israel in which it launched more than 10,000 missiles at civilian targets, Sarah Haniyeh, the daughter of Hamas leader Ismail Haniyeh, was treated at Tel Aviv’s Ichilov Hospital following complications she suffered in a Gaza hospital. Around the same time, but unreported, Hamas leader Haniyeh’s mother-in-law and granddaughter also left Gaza for treatment in Israeli hospital.

Like Mahmoud Abbas, Ismail Haniyeh, the head of Hamas, wanted only the best medical treatment – for his daughter, his mother-in-law, and his granddaughter. Naturally he arranged for all of them to be treated by Israeli doctors in Israeli hospitals.

Another absurdity that separates Israeli medicine from Palestinian cynicism and hypocrisy is the example of terrorist Yahya al-Sinwar, head of the Hamas political bureau in the Gaza Strip, who, while imprisoned in Israel in 2007, was operated on to have a brain tumor removed. Now, having been released in 2011 in the Gilad Shalit prisoner exchange deal, he went right back to calling for more attacks on Israeli targets, more killings of Israeli civilians. Like Sheikh Ikrima Sabri, like Mahmoud Abbas and his relatives, like Ismail Haniyeh and his relatives, Yahya Sinwar was a beneficiary of Israeli medicine. And like them, after having his life saved, Sinwar went immediately back to denouncing Israeli Jews and calling for the destruction of their state. These recipients of Israeli medical care were unembarrassed; they did not think of themselves as hypocrites; they knew that you could accept aid from Infidels and still want those Infidels dead.

It’s not only the leaders of Hamas and the PA who want themselves and their relatives to be treated by Israeli doctors, Israeli doctors also labor to save Israeli Arab children who get the best treatment in the Middle East. And then there are Arabs who come from all over the Middle East, especially when the condition to be treated is particularly complicated, as with pediatric heart surgery. Many of them are treated by those doctors for free. Where, Nerdeen Kiswani, is the”genocide” of which you accuse Israel?

As for that “colonial violence” that Kiswani attributes to Israel, it is the Israelis – the Jews — who are the true indigenes in the Land of Israel, renamed by the Romans as “Palestine,” where Jews have lived uninterruptedly for 3000 years. It is the Muslim Arabs who arrived from Arabia, beginning at the end of the 7th century, conquering and colonizing not only the Land of Israel but most of the Middle East. They conquered the Christians in Lebanon and Egypt and North Africa, and their numbers grew in those lands, as those of the Christians – trying to escape the dhimmi condition by converting to Islam – steadily decreased. It is the Arabs who have been the most successful imperialists in history, convincing many of those they conquered that they wanted to become Arabs themselves, adopting Arab names, Arab customs, the Arabic language, with some even claiming, as “Sayyids,” to be descendants of the tribe of the Prophet, the Banu Qurayza.

Law school classes and examinations are full of hypotheticals. A plot of land, Blackacre, in the city of Langdell, in the state of Ames, can appear in various contexts – it could be the object of a contested will and a suit among heirs (Estates and Trusts), the object of a purchase-and-sale agreement (Contracts), of a zoning change (Property).

It’s only natural, then, that we would want to offer, anent the Kiswani case, some hypotheticals to CUNY’s Dean Capulong. Here are two:

A CUNY law student is found to have posted on youtube a video that shows him holding up a. sign that reads “Black Lives Matter” but he has whitened out the “v” in “Lives” so that the sign now read “Black Li es Matter.” How long do you think that student would remain enrolled at the law school? Would Dean Capulong defend the student as having merely engaged in “protected speech”? If the Black Law Students threaten to boycott all classes unless that student is expelled, would that affect Dean Capulong’s decision?

A law student posts a video on youtube where he is seen with a lighted match approaching close to a Qur’an lying open on a table and saying “Your book teaches that we, non-Muslims, are ‘the most vile of created beings.’ I’m going to set this book on fire. I’m serious.”

The Muslim Law Students Association wants that student expelled at once and further demands that the school require all faculty and students to take a course in Islam so that “Islamophobia” may be rooted out. Will Dean Capulong agree to both demands, or only one, or none?

A leak of government documents reveals Cyprus sold citizenship to dozens of foreigners linked to crime and corruption. 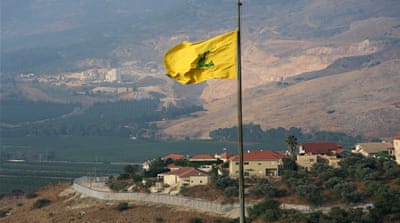 Hezbollah says its fighters seized the drone that flew over the UN-demarcated Blue Line.