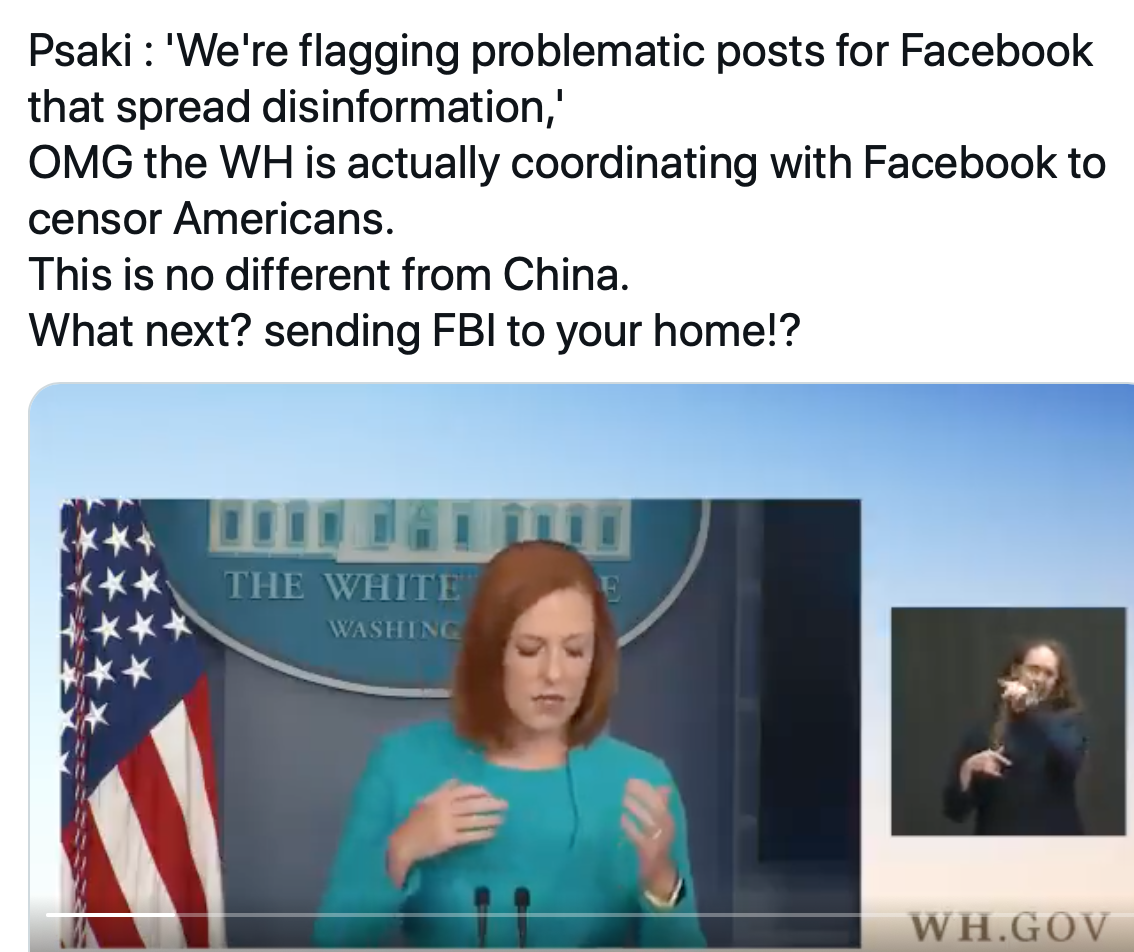 Masters of the Universe: Biden WH Colludes with Facebook to Censor ‘Misinformation’

‘We are flagging problematic posts’

“They don’t need food – well, they need it, but they’re not fighting for that.”