‘Prayer is our only armor’: Cuba protests calling on U.S. intervention continue in Miami

Hundreds of people have been arrested in Cuba after thousands joined the biggest protests for decades against the island’s Communist government, media and opposition sources say.

Unauthorised public gatherings are illegal in Cuba and protests are rare.

Images on social media showed what appeared to be security forces detaining, beating and pepper-spraying some of the protesters.

In a four-hour-long televised address President Miguel Díaz-Canel slammed protestors as “counter-revolutionaries” while his foreign minister alleged the demonstrations had been financed and instigated by the United States.

‘Libertad!’: Flood of Cuban protesters rise up against the communist regime 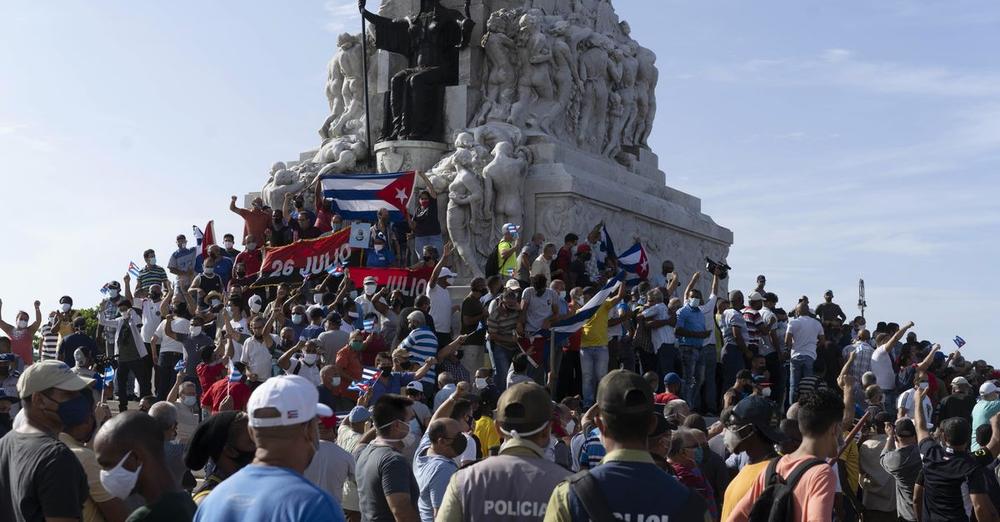 Cubans took to the streets Sunday in what Cuban activists and U.S. politicians are calling the biggest demonstrations in decades.

According to social media feeds, which Cuba’s communist dictatorship quickly shut down as U.S. news outlets began collecting them, hundreds of citizens shouted “freedom” to protest shortages of food and medicine in several cities across the island. 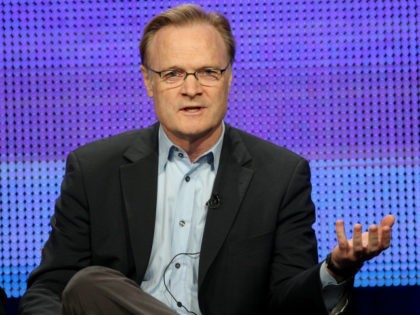 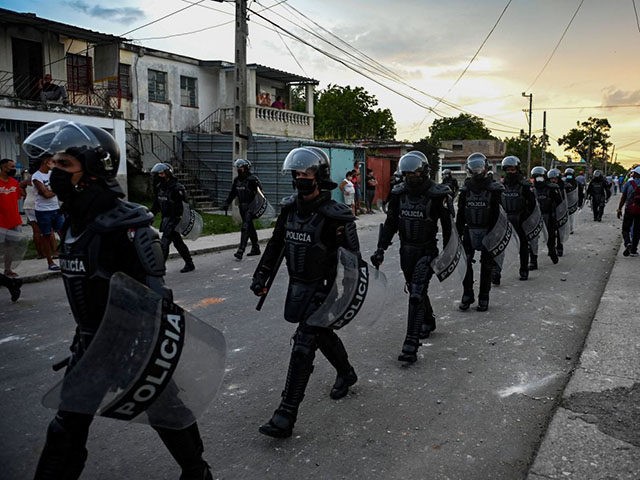 In another video, a police car in the city of Cardenas was overturned by protesters.

Carolina Barrero, a Cuban activist, called the protests “spontaneous, frontal and forceful,” and a challenge to a regime that has kept an iron lid on dissent since taking power when Dwight Eisenhower was U.S. president.

“It is the most massive popular demonstration to protest the government that we have experienced in Cuba since ’59,” she told the Times by text message.