BEWARE the COVID spinners in QLD.

They’ve promised NO MORE LOCKDOWNS before.

In March, Queensland’s chief health officer Dr Jeannette Young was all for AstraZeneca: “The AstraZeneca vaccine is a game-changer for us here in Queensland. I don’t want anyone to have any reservations about getting a certain vaccine or preferring one over the other.”

“I do not want under-40s to get AstraZeneca,” Dr Young said.

“We are not in a position that I need to ask young, fit, healthy people to put their health on the line.” 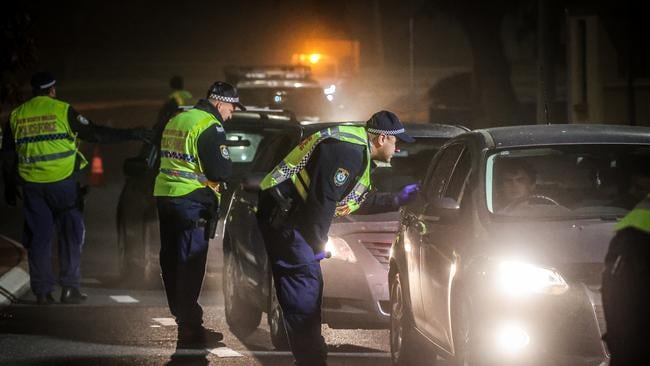 AMAZING how tragic death after 💉 reported as coincidental, but Ivermectin reported as “unproven” when there’s lots of evidence !!https://t.co/1kSkdhWCL5

They don’t want you to know the facts so you’ll line up like 🐏 to join their mass 🐁 experiment. https://t.co/zuVh1T71rG

Tim Blair The Daily Telegraph July 4, 2021
If at first you don’t succeed, then obviously you live in NSW and have tried at some point in the last year to visit another Australian state. And so you try, try and try again. It took four attempts before I made it across the border to finally see my dear old mother last month in ­regional Victoria. Even then, I had to obtain ­permission by filling out a multi-question form at a Victorian government website. Thus I was granted an official Border Travel Permit, valid for 14 days, displaying in bold capital letters my permitted destination.
.
“Fold and stick this side up to the inside of your windscreen,” the form demanded, presumably so authorities could inspect my own personal QR code.
That code, by the way, was solely “for official use”. Just in case anybody else found themselves tempted to check it, the form warned: “Only authorised officers can scan this code.”
.
Exactly who these “authorised officers” might be, I never discovered.
When I asked a friendly Victorian policeman about it, he’d never heard of the code and couldn’t guess at its purpose. And his police scanning equipment turned up nothing.
.
I guess Victoria has roving bands of authorities who exist at a higher level of authorisation than even state police, diligently examining any rogue vehicles with NSW plates.
.
Except Victoria doesn’t need them, because much of the state’s citizenry remains in full-blown voluntary surveillance mode.
.
Even hundreds of kilometres from Melbourne, in towns that have not recorded a Covid case for months, you’ll still get yelled at in certain shops if you forget your mask.
.
At one small-town general store, the proprietor urgently insisted I sign the required tracing document – and then sold me a packet of bacon that I later found was more than two weeks past its recommended use-by date.
Interesting health priorities they’ve got down there.
.
Let’s place our current border restrictions in a historical context. A few weeks after I was born in Melbourne, way back in 1965, a young John Howard found himself strolling around West Berlin.
.
When Howard happened upon the Berlin Wall, he thought he might take a look at how the city’s eastern ­residents were coping under ­communism.
So he approached a guard, presented his passport and was waved through.
That’s all there was to it.
.
At the height of the Cold War, it was easier for an Australian to visit East Berlin than it is currently for an Australian to enter and travel across his state of birth. Howard didn’t even receive a primitive commie version of a QR code.
.
Howard in 2002 recalled being “received with very great warmth and very great friendliness” during his East Berlin experience, which is more than anyone can expect in Australia if they question our continuing Covid-driven oppression.
.
In a recent British Spectator column, Toby Young wondered “why the global elite became such enthusiastic supporters of the heavy-handed, statist approach to managing the coronavirus crisis – stay-at-home orders, business closures, face masks – and passionate opponents of less draconian alternatives”.
.
Young’s theory, and he’s right, is it’s a class thing: “Becoming a cheerleader for lockdowns is a way of signalling that [a person] is among the tiny elite of successful people for whom there is zero cost associated with them.”
.
You can see aspects of this in social media complaints about NSW’s current restrictions, which for many are nowhere near restrictive enough.
“It seems Nick Scali and Harvey Norman are essential for day to day living,” a typically upset lockdown enthusiast wrote last week.
.
Well, retail outlets kind of are essential if you happen to work there.
Lockdown doubters are repeatedly ordered to follow expert advice. But that advice, from St Anthony Fauci down, keeps changing.
.
It develops variants, you might say.
.
In March, for example Queensland’s chief health officer Dr Jeannette Young was all for AstraZeneca: “The AstraZeneca vaccine is a game changer for us here in Queensland. I don’t want anyone to have any reservations about getting a certain vaccine or preferring one over the other.”
.
But last week she turned against the vaccine, at least for some folk.
“I do not want under-40s to get AstraZeneca,” Dr Young said.
.
“We are not in a position that I need to ask young, fit, healthy people to put their health on the line.”
.
She’s the expert. The weird thing is, even after we’re all properly and safely vaccinated, we’ll still likely be constrained for some considerable time by various Covid restrictions.
.
“Masks for places where we can’t social distance, like airline travel and public transport, might be something we continue to do,” infectious disease expert Professor Paul Griffin told the ABC on Sunday.
.
“I think we just get used to doing it forever.”
.
With all due respect, I think not. As my official Border Travel Permit advises, they can fold and stick it.
.
This is bullshit:

This type of government propaganda and attempt at brainwashing is exactly what Orwell warned us about. 😥