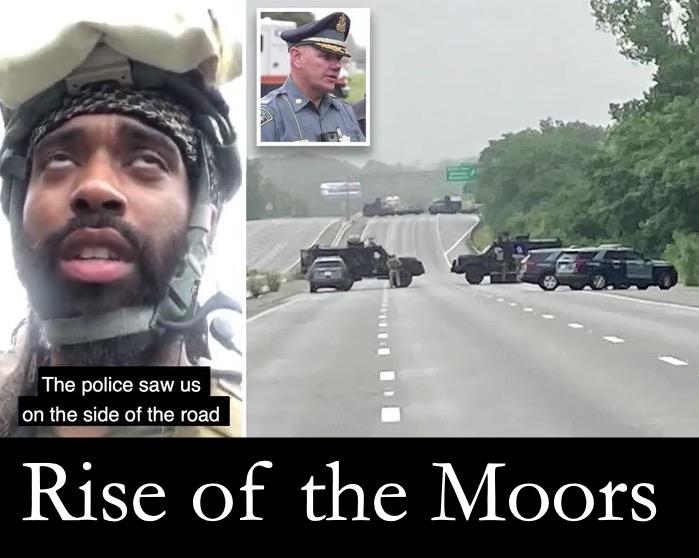 Who is Jamhal Latimer? Ex-Marine and head of Rise of the Moors is known as ‘Grand Sheikh’

Jamhal Talib Abdullah Bey, who has been identified as the leader of Wakefield Standoff, said on live video that the group had three guns

Rise of the Moors, a “Moorish sovereign citizens” group whose adherents say they are part of their own sovereign nation and therefore are not subject to any U.S. law. 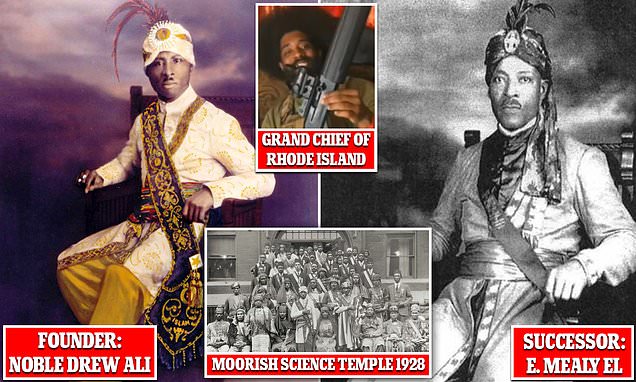 Rise of the Morons

Q: What do you get when you cross Black Lives Matter types with the terrorist trappings of the only religion liberals can abide?

A: Rise of the Moors.

From the Boston Herald:

Eleven self-identified militiamen on their way to “training” in Maine are behind bars after what police described as a heavily armed group that “does not recognize our laws” entered into — and at times live-steamed and narrated — an eight-hour highway standoff with cops in Wakefield [Massachusetts] on Saturday.

It all started when a state trooper saw vehicles stopped in the breakdown lane of I95 at 3 a.m. Saturday. People conspicuously armed and wearing tactical gear were using gas cannisters to refuel.

The trooper asked the men for their driver’s licenses and licenses to carry firearms, which the men either didn’t have or didn’t provide…

The Anti-Defamation League lists the “growing” Moorish movement as a Black offshoot of the sovereign-citizen cause.

CBS Boston reports on some of the stuff Rise of the Moors has been spewing in YouTube videos:

WBZ-TV security analyst and former Boston Police Commissioner Ed Davis says the group “identified police and anybody who wanted to place them under arrest as terrorists, and they talked about tactically attacking police officers who were attempting to do their duty.”

Jahmal Latimer, a.k.a. Talib Abdulla Bey, proclaims himself to be leader of Rise of the Moors and grand chief of the territory that some mistakenly refer to as Rhode Island. They don’t have their own flag, so they fly Morocco’s.

Although most everything about Rise of the Moors calls for guffaws, Davis notes that they have been training as terrorists.

Black Lives Matter established that certain groups do not have to obey even the most fundamental laws — for example, looting and arson may be excused by local authorities, not to mention avidly encouraged by the liberal media and nationally powerful Democrats like KamalaHarris. As the country spins out of control under Democrat rule, there are sure to be both laughs and bloodshed aplenty. 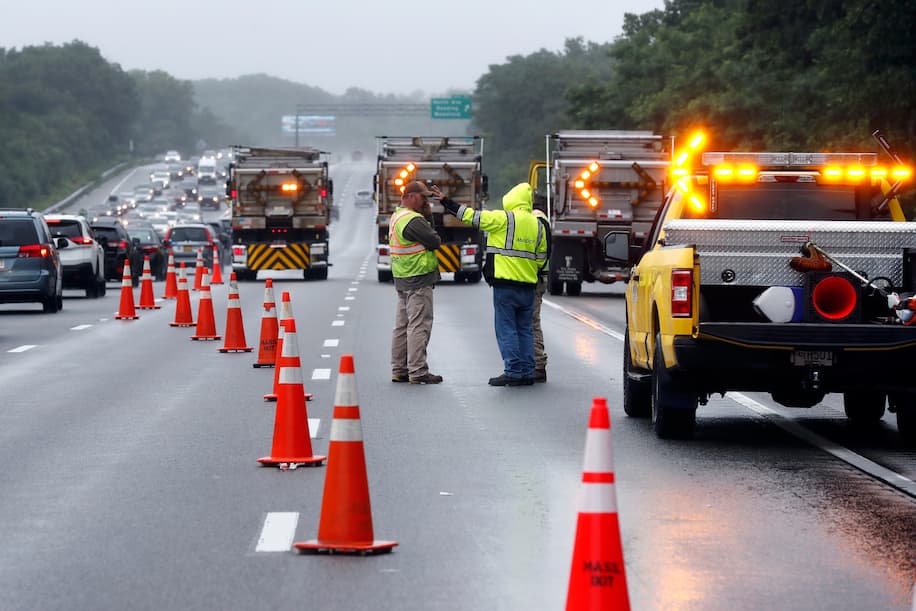 The Future of the Democratic Party blames the explosion in shoplifting that we have seen since the Ascension of Saint George of Fentanyl on starving people who “either need to shoplift some bread or go hungry.” There was no bread on display at Needless Markups, so they had to settle for pricey handbags:

Common denominator about these perps cleaning out the handbag dept. at the San Fran Neiman Marcus.

Can’t put my finger on it. Not white supremacy, something else, but I’m drawing a blank here.

Help me out, will ya.pic.twitter.com/j3Xe2RLFno

Shoplifting can still lead to arrest even in California if you take more than $950 at a time. But as Democrats have proven by applying Broken Windows policy in reverse, if you allow some crime, you get a lot of crime.