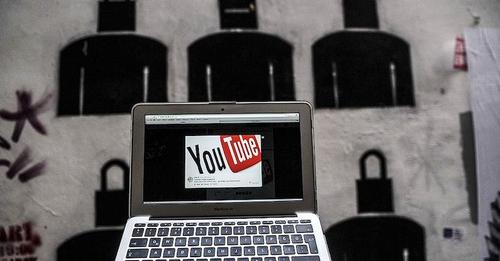 Almost three weeks ago, Twitter suspended The Spectator Australia for 12 hours for a Tweet that paraphrased that wildly incendiary work, the Forbes Rich List. As the SpecOz appealed, it has been barred from the platform while the Twitter authorities review their decision with all the speed of sloths.

This week, YouTube barred Sky News Australia from uploading videos – and we all know of the Facebook suspensions politicians have received.

All these “crimes” have one thing in common – and it has nothing to do with the alleged transgressions.

The SpecOz, Sky and people such as Craig Kelly have been subjected to Alice in Wonderland “sentence first, trial afterwards” processes – or even more arbitrary and bizarre processes of justice.

These bans are from the playbook on how to silence political opposition and dupe, control, manipulate and manage all politically sensitive narratives.

The first target of revolutions is the media. The means of communication are paramount for asserting control and power. The revolution currently underway in the West is the revolution of leftist – Marxist – ideology taking power without replacing the government. No need.

Just as social media provides the vehicle for the dissemination ideology that favours the ‘party’ line, so does mainstream media (with very rare exceptions), now that it has self-castrated and is the eunuch in the harem of the left. This is the symbiosis from hell: the de facto partnership of a left-leaning or weakly right-leaning government, with the massive, intrusive, ubiquitous powers of Big Tech plus legacy media, academia and many companies and institutions.

“Social socialism” is already here in the Anglosphere and most of the West. Now with a Democrat-controlled American economy comes economic and political socialism (en route to Marxism), thanks to the influence of the leftover genuine liberals in the United States and conservatives elsewhere.

Social socialism is enabling the falsifying of facts and real events in a way that socialism always does; twisting (or reversing) the meaning of words, tribalism and division, and dishonestly packing policies like censorship of the right in the wrappings of social good.

In the case of Sky News and the SpecOz, it is not opinions ‘they’ don’t like that are verboten: it is the publishing of information that defies and challenges the ruling orthodoxy.

This hellish symbiotic relationship between the above-mentioned parties is an existential threat to personal freedom in the west. Forces that want to shut up (or is that shut down?) the voices of the SpecOz or Sky News are collectively Big Brother. We must disown him.