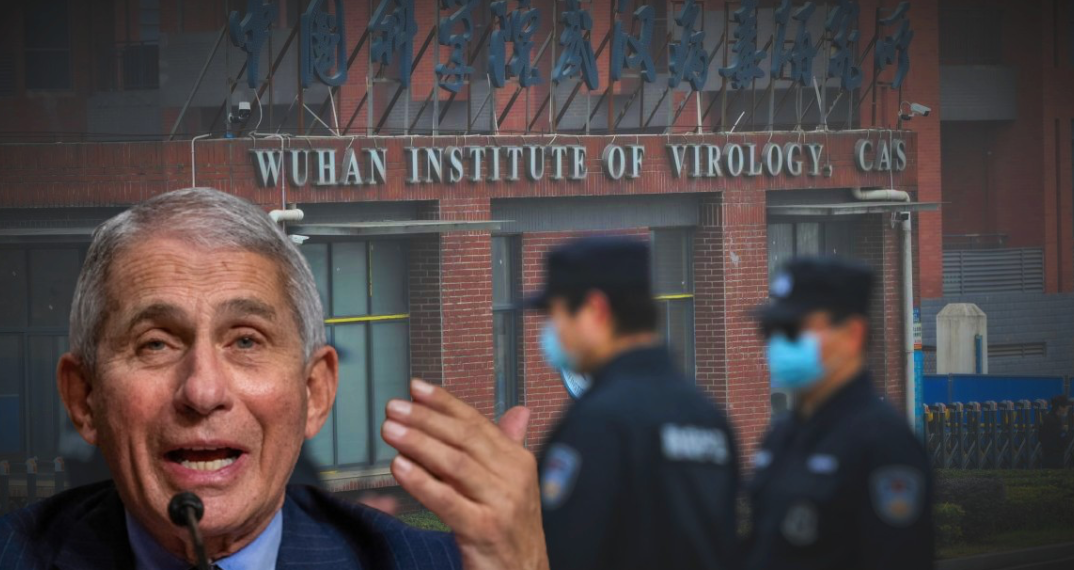 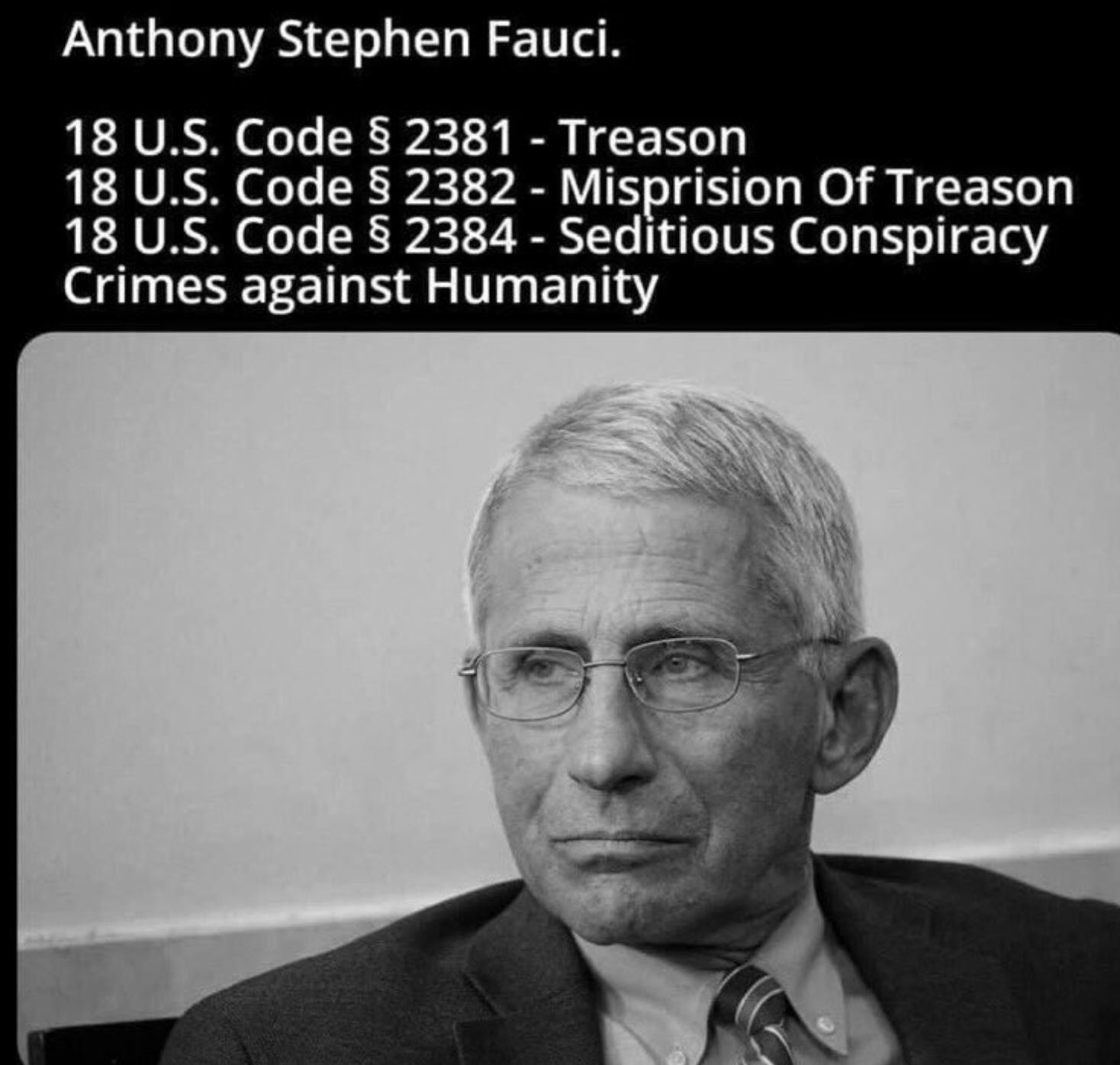 The Informed Consent Action Network (ICAN) sued the National Institutes of Health (NIH) for the unredacted portion of the April 18th, 2020 email. The original email was released under a prior Freedom of Information Act (FOIA) request resulting in the release of thousands of National Institute of Allergy and Infectious Diseases (NIAID) Director Anthony Fauci’s emails.

Stop this from becoming a reality in Australia 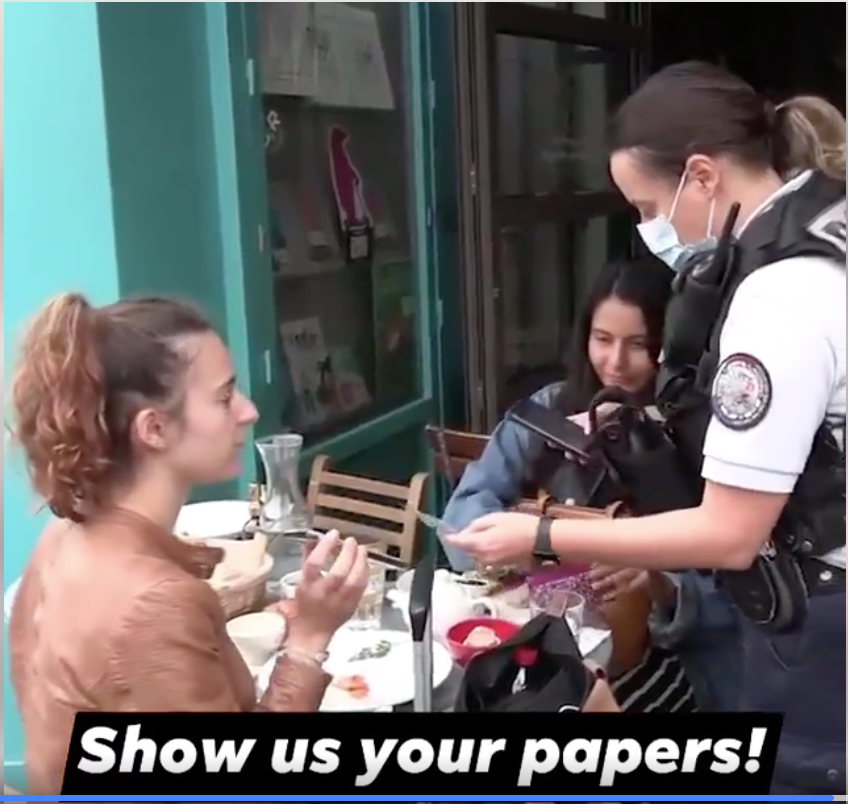 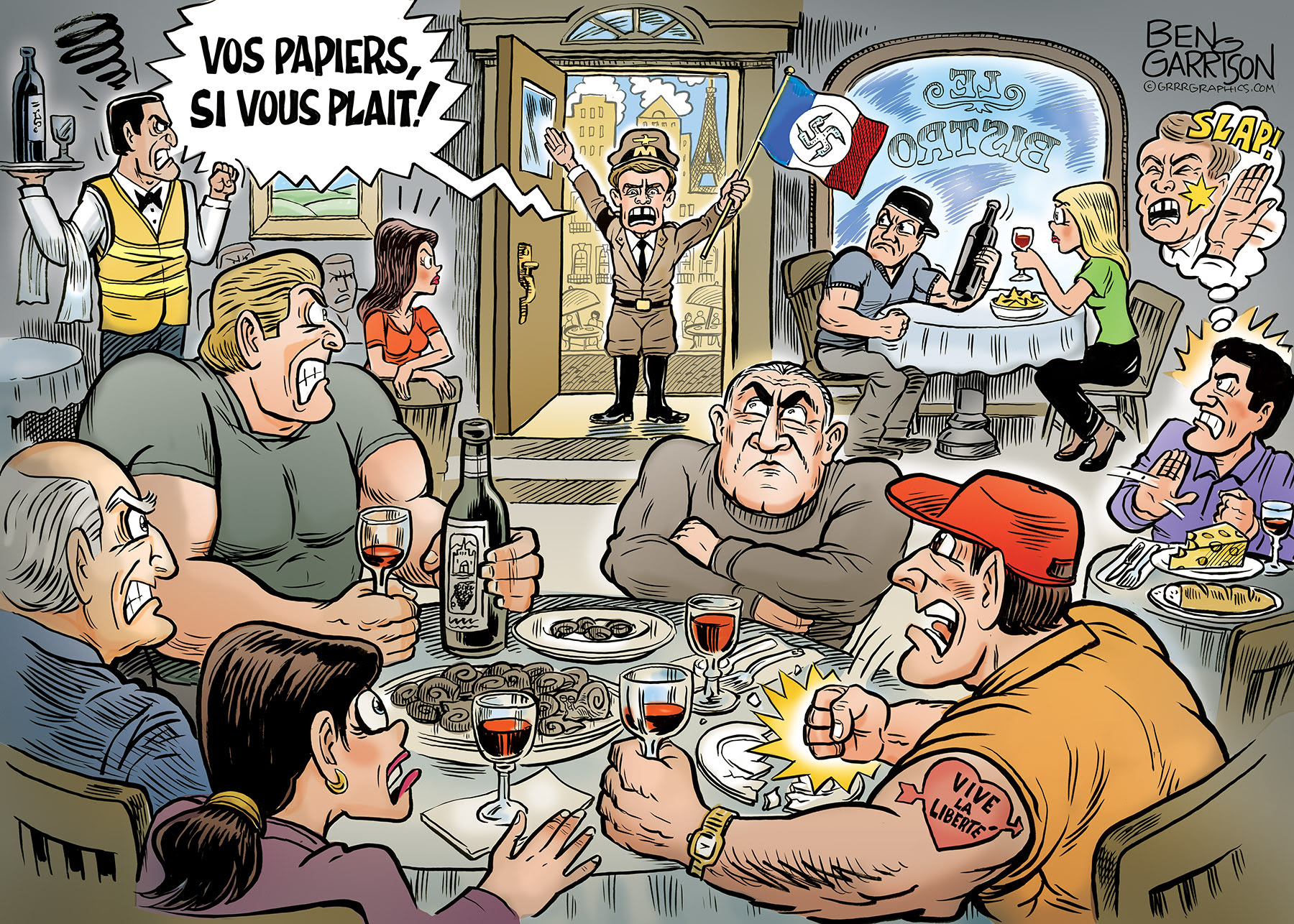 The return of protective custody in Germany:

76 years after the liberation of the concentration camps, the protective custody will be reinstated. The federal government says that non-vaccinated people should be subjected to restrictive measures for their own protection.

The email – titled “Thank you for your public comments re COVID-19’s origins” – reveals EcoHealth Alliance President Peter Daszak offering a robust “thank you” to Fauci for affirming a natural origin for COVID-19. The National Pulse has previously highlighted Daszak’s financial and personnel ties to the Chinese Communist Party, which ultimately led to his recusal from the Lancet’s COVID-19 commission.

Despite Fauci’s insistence the NIAID never funded gain-of-function research at the Wuhan Institute of Virology – a “longtime collaborator” of Daszak’s EcoHealth Alliance – the redacted portion of the email indicates otherwise. Daszak acknowledges “the work we’ve been doing in collaboration with Chinese virologists,” adding that the work focused on “bat-origin coronaviruses.”

In full, the redacted portion of the email reads:

It’s been a very hard few months as these conspiracy theorists have gradually become politicized and hardened in their stance. Especially because the work we’ve been doing in collaboration with Chinese virologists has given us incredible insight into the risks that these viruses represent, so that we can directly help protect our nation from bat-origin coronaviruses. We’re fighting to keep the communications open with our Chinese colleagues, so that we can better address future pandemics like COVID-19. 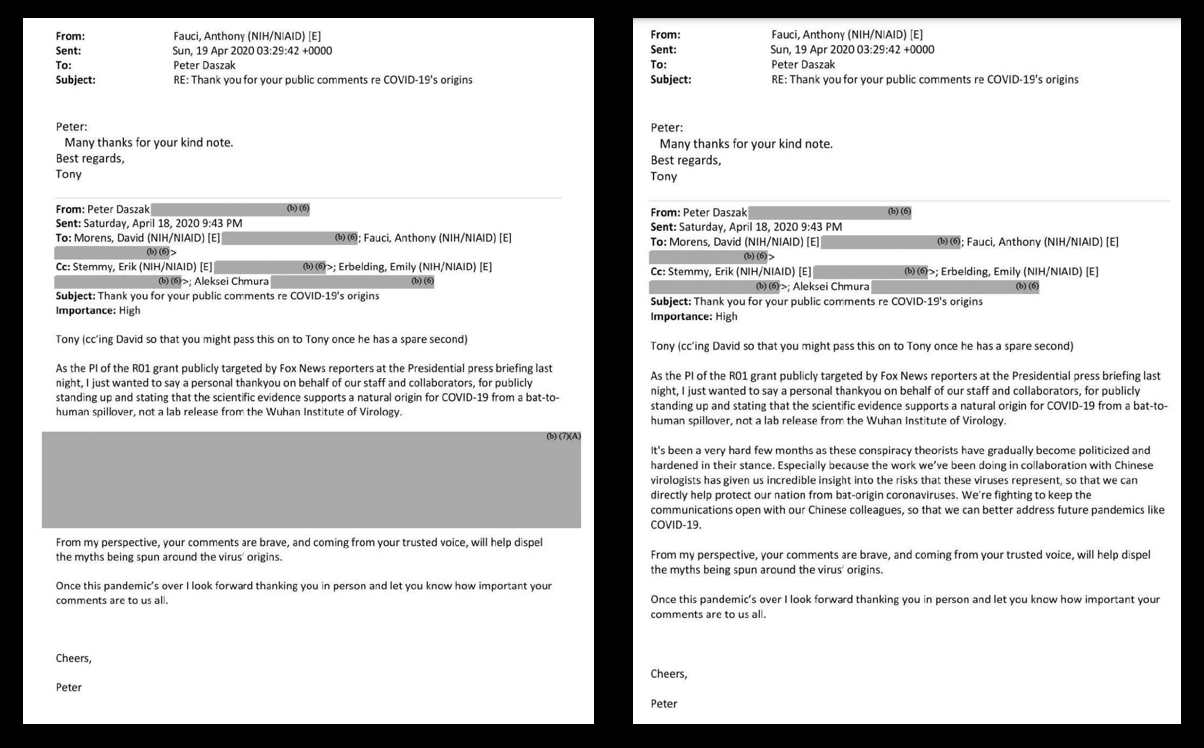 The news will now raise further questions as to why that part of the e-mail was redacted in the first instance.

In recent months, Fauci has clashed repeatedly with Senator Rand Paul who alleged that NIAID cash was being spent on gain of function experiments. This latest e-mail yet again disproves Fauci’s denials, and shines more light on the collaboration between America’s elites and the Chinese Communist Party which may have led to the outbreak of COVID-19.

One thought on “Why are we taking medical advice from the guy who created Covid?”