The Australian’s Sophie Elsworth says the ABC needs to “stop trying to hide very good reporting” that looks to unveil what happened in Wuhan at the outset of the COVID-19 pandemic. ‘What Really Happened In Wuhan’ author Sharri Markson says the ABC has “misled its viewers” on the theory COVID-19 may have been leaked from the Wuhan Institute of Virology.

Paul Barry, who hosts the ABC’s Media Watch program, has referred to the theory as a “conspiracy” multiple times.

“This is the television show that’s meant to be the arbiter of journalism and good quality journalism,” Ms Markson told Sky News host Andrew Bolt.

“And yet he misled his viewers and the Australian public by making them think that this was a conspiracy.

“When in fact, as you know, it was always a plausible source of the virus.

“Joe Biden’s own probe found that both origins were plausible, and yet the ABC still hasn’t corrected its information, Paul Barry still hasn’t told his viewers this is not a conspiracy.”

Who remains unvaccinated in Israel? 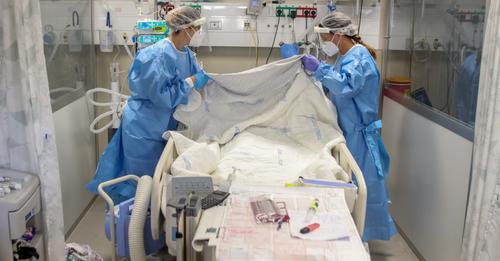 Some 19 Israelis died of COVID-19 on Thursday, the Health Ministry reported, as the fourth wave continues to sour across the country.
And, on Friday, there were 41 COVID-19 patients connected to heart-lung ECMO machines, the majority of whom were unvaccinated.
.

Some 529 people died of the virus in September * Hebrew University researchers: “virus progressing through the unvaccinated”

Nineteen Israelis died of COVID-19 in the last day, the Health Ministry reported, as the fourth wave continues to surge across the country.
There were 7,592 people dead reported Thursday morning and 7,611 on Friday morning. In total, 529 people have died since the start of September.
Researchers from the Hebrew University of Jerusalem, who have been advising the government since the start of the pandemic, presented a report to Prime Minister Naftali Bennett on Thursday, in which they predicted a continued decline in the infection rate.