It’s Not About the ‘Climate,’ Stupid 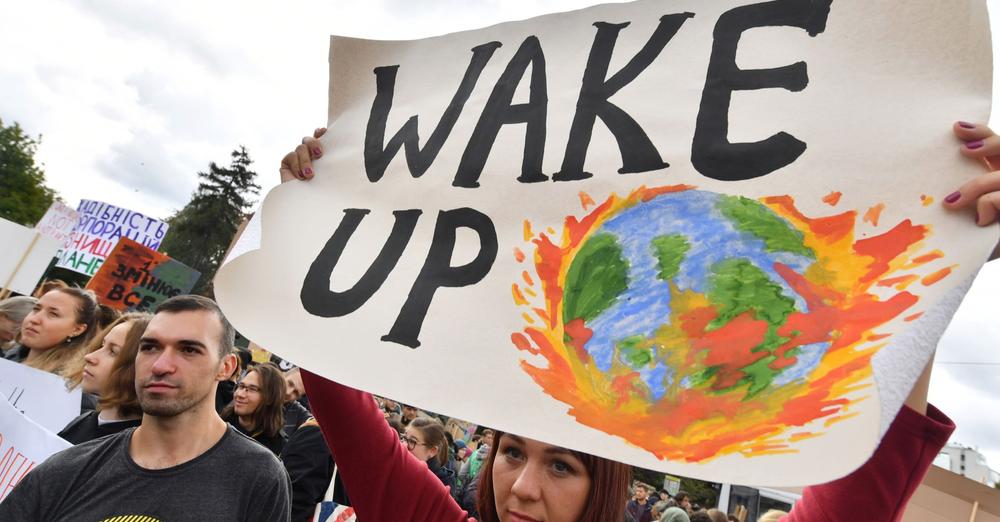 A series of interrelationships exist in the world of the Klimate Kult believers that needs to be understood to grasp what is going on and the impact it has on the future. These relationships aren’t about the climate.

Look at Nord Stream 2. Germany, a country American taxpayers have been paying to defend from Russia (and its socialist (i.e. “failed”) predecessor, the USSR) for 76 years decided to buy natural gas from Russia instead of America. Why?

As Bastiat notes in The Law (pp 9-10), “When they can, [people] wish to live and prosper at the expense of others.”

Thunberg leads climate protests in Italy ahead of COP26

How did “hundreds of climate activists from around the world” get to Milan in the middle of the Covid racket? 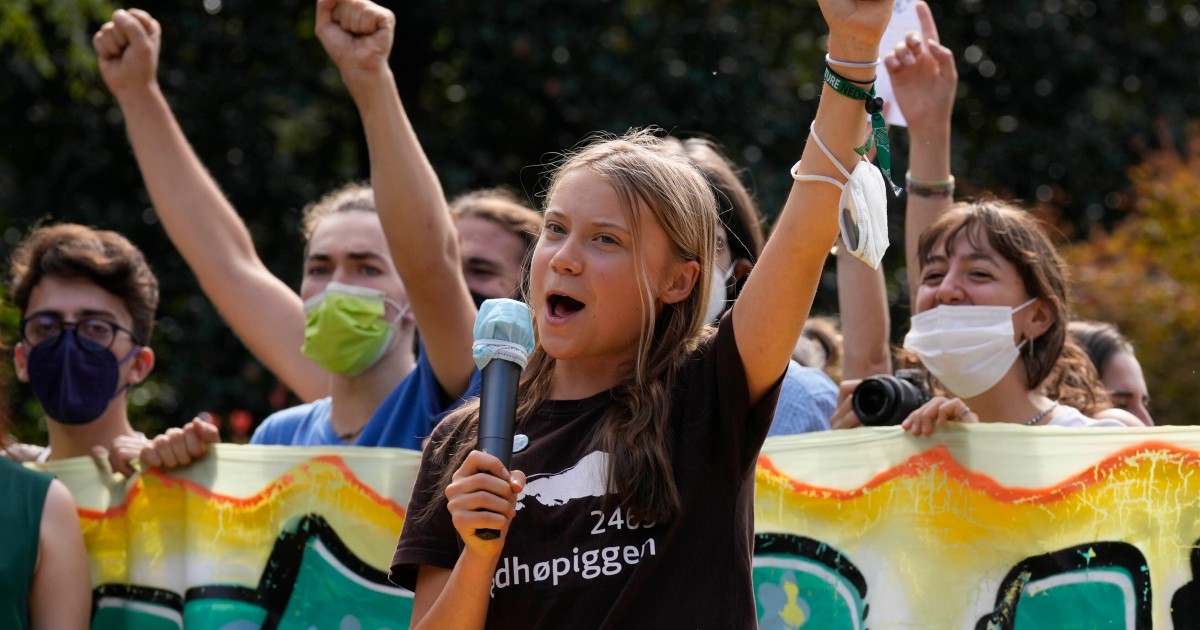 Hundreds of young people led by Swedish activist Greta Thunberg have marched in the Italian city of Milan to demand swift climate action, weeks before the crucial United Nations Climate Change Conference (COP26) slated to be held in Glasgow.

The rally took place on Friday as a continuation of the “Fridays for Future” movement that had brought students to the streets in cities across the globe two years ago, before the onset of the coronavirus pandemic.

Uganda, like the rest of Africa, doesn’t have a climate problem. It is just sickening that every freeloader tries to rip a piece of flesh out of gullible Europeans who have fallen for the climate racket.

Germans want stuff but want neither to make it nor make the energy necessary to make it, nor bear and raise and educate the children who would be required to make it (or create the energy) in a future they don’t believe in enough to populate, having among the lowest Total Fertility Rates on the planet: it’s just too much work.

But to pretend that Germans are making any of their decisions not to frack, not to nuke, but to support the fantasy of “climate change” is ignorant.

That any energy purchased from Russia will be dirtier under a regime bound by no environmental laws or regulations, than energy extracted in Germany or the U.S. under very strict regulations, belies any professed “concern” about the planet. Choosing Nord Stream 2 is choosing against the climate. Germans aren’t stupid; they know this.

Can Germany create any amount of energy they need for manufacturing, heating, transportation, etc., without adding to “greenhouse gases”? Sure. Build nuclear power plants; zero GHG. Can they frack their own natural gas? Sure.

But that would be work, require having children to keep doing it, and that’s harder than just buying it. So they buy it. They’ve made a make-buy decision and bought from their preferred supplier.

America can pretend that Germany ought to buy from us because we defend them – as though Germans owe us for American taxpayers voluntarily paying for their welfare state for 75 years by funding their defense – but it’s just pretense.

The first priority of any government is the defense of its borders and people; money is fungible – we’re paying for their welfare state. Or Americans can think Germans buy from Russians for political reasons. It doesn’t matter. Buying dirty energy is buying dirty energy – and that’s the decision Germans have made.

Who loses in this exchange? American workers. Germans should care about American workers, because…? And, of course, the planet – at least that’s what the Klimateers demand you believe.

Germans know American taxpayers will keep defending them and their barren future (why?), regardless of their Nordstream2 decision – so why pay more than they must?

It’s not as though the American Military-Industrial Complex will give up their best gig to continue to have those same taxpayers funding the defense of all of Europe’s welfare states, and buy the haven’t-won-a-war-in-decades-military new toys, get promoted, and travel, right? What’s the downside for Germany? None.

Therefore it’s not about the climate. It’s about Bastiat. And lazy voters.

Look at California. By refusing to drill their own oil or frack their own natural gas or build their own nuclear plants, they are instead counting on oil from other countries (their voters doing their best to ensure no energy is extracted domestically… in any State), resulting in, as with the Germans and Nord Stream 2, dirtier energy.

California, too, has below-replacement fertility (all Blue States do), illiterate immigrants sweeping the streets and nannying their (few) children, and a desire to buy from others rather than make things themselves.

California won’t even house its population let alone require it to work to buy stuff. It has the highest poverty rate in America and a third of the nation’s welfare recipients… buying stuff with other people’s money. Your money.

Americans would rather buy than make; it’s why our factories are all in China now, using dirtier energy for manufacturing, transporting workers, feeding workers, etc.

It’s why we import illegal aliens. We’d rather buy stuff from illegals – street sweeping, gardening, babysitting – than do the work ourselves.

If we left our jobs here (and foreigners there), stuff might cost more, but our own standard of living would rise, making stuff affordable – and providing jobs and energy for our own future.

The idea America can be a First World country and not pay First World wages is so crazy that even a fifth-grader would get it. Our elites get it, but destroying the Middle Class is their goal, not maintaining a prosperous nation.

Our entire welfare state is built on Bastiat – large portions of the working-age population would rather buy stuff with your tax dollars than buy them with the output of their own work.

Since these people also vote, our politicians compete for their votes by allowing them to work less and buy more.

By rejecting energy extraction and creation domestically, we dirty the world by buying energy from the Third World that we refuse to extract or make here.

And by exporting our jobs to China, we enable China to build large numbers of coal-fired power plants, consuming millions of tons of coal (54 percent of global consumption), creating zillions of tons of GHG (27 percent of the entire planet’s; more than twice the USA’s 11 percent)… all to make what we refuse to make here with cleaner – far cleaner – energy via extraction industries regulated far more heavily, and under a government that has reduced greenhouse gases faster than required by a Paris climate treatythat China isn’t following.

If you want a dirty world, export jobs to China so that everything is built with coal-based energy. If you want a clean world, onshore jobs and close the border and build nuclear power plants.

None of this is about the climate.

Sure, the useful idiots in the streets think it is, the low-info voters think it is. It’s about Make vs Buy, and our elites would rather have us buy our bread and circuses – regardless of the cost to the climate and our living standards – than to make our own stuff and demand the liberty to do with the fruits of our labor as we see fit.

Every decision made by the Klimate Kult establishment (and their low-info voters) creates a dirtier planet: Oil from Nigeria, Russia, Mexico, Iraq, Kuwait, no nukes, offshoring jobs to coal-based energy nations, encouraging illegal immigration and the welfare state voters who vote to support the establishment dirtying the planet … rather than encouraging work and higher wages – and the always-present greater environmental concerns of richer nations – by ending illegal immigration.

None of this is about the climate.