100 DAYS OF SYDNEY LOCKDOWN: WHAT HAVE WE LEARNT?

What was supposed to be a 2-week Sydney Lockdown has now hit its 100th day; a century of people being locked in their homes, children isolated from their friends, businesses closing and workers stood down and sacked.
.
The myth was that these ‘short, sharp lockdowns’ would work. In the end, they caused more problems than they solved.
.
Australia has been through a stunning period of Government control over our lives, down to the NSW Chief Health Officer telling people not to talk to their friends and neighbours on the street, and how to shop without browsing. Grown men at the NSW Crisis Cabinet have regulated and micro-managed how little kids conduct their play-days. 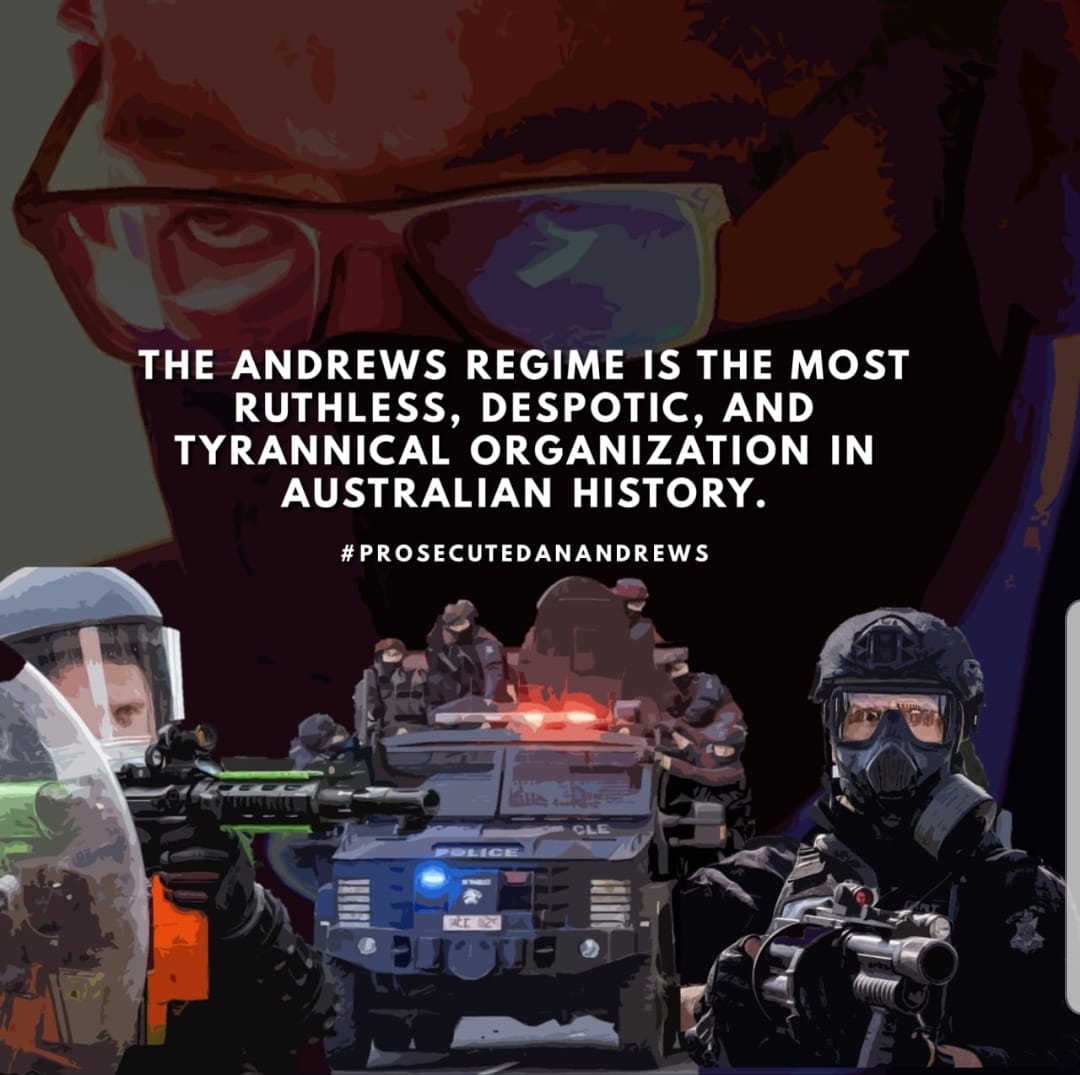 In Victoria, it has been even worse, with the frightening use of the Police Force as Dan Andrews’ private black-shirt-militia attacking the elderly, and oppressing workers (protesting to get their jobs back) and people who can no longer handle Melbourne being the most locked-down city in the world.
.
I’ve seen a lot of politics in my 40-year involvement but I must say, nothing like this. My faith in our democracy and freedoms has been rocked. What sort of country are we when their things can happen, responding to a virus that has killed 0.005% of the population? It is not the Australia I grew up in or thought I knew.
.
It is only because the Lockdowns had failed that Governments then took away vaccine choice and consent, with their workforce and other mandates. Personal privacy rights have also been abandoned.
.
The freedom of the individual in Australia has been as disposable as a fast-food wrapper.
.
I feel like I can now understand how in countries overseas totalitarianism has entrenched itself. Indeed, earlier this week a group of Polish MPs held a protest about the loss of human rights in Australia, and their concern about Polish dual-citizens here. That’s how bad it has got.
.
We used to be the world’s beacon for freedom and easy-going openness. Now we are being compared to China and North Korea.

This is the pattern from our governments that worries me, how dictatorships come about:
.
Step One: Create an irrational, disproportionate fear in the public’s mind.
Step Two: Then tell people that only full Government control over their lives can save them from danger.
.
Step Three: When the problem still exists, create extra public fear and public control.
.
Step Four: Promise a return to ’normal’ but never actually let go of power, telling people ’the time is not right’ and ’now is not the time to relax’ as the danger will come back worse than ever.
.
Sound familiar?
The fight for freedom, based on evidence and facts, has never been more important.
.
Never again can the values of the 17th Century Enlightenment be lost. Never again can we take democracy and freedom for granted.
.
Humans are the superior species on this planet, with the power to think for themselves and made their own judgements. In a country like ours, eople know how to run their own lives, safely and successfully, without government control.
The nanny state is bad enough. Now many parts of Australia have become a police state.
.
Each of us has an obligation to reject this as a way of life, to fight back in a range of ways.
.
To say enough is enough, that the natural human state is freedom, not government authority.
.
We need to do everything we can to take back our country from state control.
Mark Latham MLC

IN the age of political disruption, there is only one immovable constant.

Australia’s elite class of political insiders continues to get things wrong. This is the fuel driving the rise of the outsiders — voters disillusioned with the two-party system, searching for strong leadership to restore their economic and social freedoms.

In the United States, Britain and Australia, the malaise of the elites started with the invasion of Iraq in 2003 — sacrificing thousands of young lives and trillions of taxpayers’ dollars, only to make the world a more dangerous place through the emergence of Islamic State.

Saddam Hussein had an easy answer for troublemakers. He put them up against the wall and shot them. Now, due to the folly of the neo-conservative foreign policy establishment, Iraqi-inspired terrorists are shooting at us.

Over the past 12 months, the elites have had a particularly bad time.

They thought it was good idea for presidents, prime ministers and famous people across the world to tell working-class Britons not to leave the European Union.

The revolt of the outsiders started with Brexit.

Then the insider class scoffed at the idea of Pauline Hanson returning to federal Parliament, with the ultimate elitist, Malcolm Turnbull, dismissing her as an “unwelcome presence”.

He established a unique electoral pattern: the further one moved away from the CBD of our major cities, the bigger the swing against the Liberal Party.

Then, to cap off their mistakes, the elites dismissed Trump as an unelectable joke — both in the Republican primary contest and the general election against Hillary Clinton.

Their preferred Republican was Jeb “Low Energy” Bush — someone devoid of drive or inspiration for winning the culture wars: pushing back against the Left’s PC programs, social engineering and identity politics.

Can you think of an Australian leader who’s petrified by the thought of dismantling the ABC, SBS, the Human Rights Commission and the cultural Marxism dominating our university and school systems?

Since 2013 we’ve had two of them, actually — Turnbull and Tony Abbott — both as ineffective as each other in fighting for freedom. This is the problem with what I call civility conservatives. They pay too much homage to institutions, frozen into believing that change can only come at a respectfully slow and gradual pace.

Meanwhile the bourgeois inner-city left has raced ahead with its infiltration of public institutions — using them as a platform for depicting everyday Australians as racist, bigoted, wife-bashing monsters.

It is an outrageous slandering of good people by taxpayer-funded snobs. And neither Turnbull nor Bill Shorten have lifted a finger to stop it.

In fact, there’s tripartisan support (Liberal, Labor and Greens) for funding the government agencies culturally at war with suburban and regional Australia.

This is what the current parliament is presiding over: institutions that hector and harangue people, telling them it’s wrong to love Australia Day, to wave the flag, to sing the anthem, to celebrate the virtues of our majority European heritage.

We are losing our country and the pillars of Western civilisation that have made us great. Yet the only time Turnbull can fire up in Parliament is when his own political skin is on the line.

No wonder Cory Bernardi has left the Liberals. No wonder the outsider vote in Australia, mainly clustered around Hanson, is 20-25 per cent and rising. No wonder in a recent Essential Poll the proportion of Australians who thought “the system” was working well for them recorded a pitiful 6 per cent.

At every turn, the political class is dragging us down. The left-versus-right squabble between renewables and coal-fired power has given us a Third World energy system, with rising prices and a zany South Australian government barely able to keep the lights on.

Meanwhile, Canberra can’t stop feeding the beast of public spending and bureaucracy — cementing a 49 per cent top marginal tax rate that punishes economic success and leaves small businesspeople and professionals working every second day for the government. Our children are also copping it. The tripartisan neglect of teacher quality has lowered the academic results of schools to a standard worse than Borat’s Kazakhstan.

There’s even a law called 18C that persecutes university students trying to access computer labs to finish their assignments. While civility conservatives are paralysed on these issues, the so-called moderate wing of the Liberal Party has caved in altogether.

Thirty years ago Labor was overrun by machine politics. Now the same thing has happened to the Liberals, with a single person, Michael Photios, controlling the entire NSW division. Machine politics is not only about spin, manipulation and cynical ways of winning elections, it’s also addicted to policy compromise.

This is why Labor and the Liberals now look so similar — they have both surrendered to the same lobby groups. Their insiders’ club is overflowing with opportunism, rorting and policy accommodation.

Without these institutionalised failings, the rise of the outsiders wouldn’t be possible.

The voters spot a dud government miles away.

Each key element of Trumpism is a manifestation of this process: a noninterventionist foreign policy, nation-first economic strategies, tough-minded immigration restrictions, abolishing cultural Marxism programs and a determination to drain the swamp of political compromise and corruption.

In Australia and beyond, the conservative establishment is bleeding to death. Trump, Hanson and Bernardi didn’t do it to them. Their wounds are entirely self-inflicted.