This is an “ABC Investigation”

As much of eastern Australia was settling in for another Friday night in lockdown earlier this month, an unlikely prescription drug importation ring popped up in a dark corner of the internet.

“Hi all!,” wrote Gabz, a user on Telegram – the encrypted messaging app that has become a haunt for anti-lockdown protesters and COVID-19 vaccination sceptics during the pandemic.

It was 6:10pm on October 1, and Gabz had just created a Telegram channel called “IM Packs” for people in Sydney interested in sourcing the unproven coronavirus treatments Ivermectin and Doxycycline.

“Please take note this is a private group and not to be shared with anyone,” Gabz wrote.

“If you’d like to order a pack for someone please do so by letting me know how many packs you’d like.”

Gabz was offering to import bulk shipments of Ivermectin and Doxycycline from India, and then on-sell doses to other users.

“Each pack is around $25 (will confirm price shortly) and contains a 10-day treatment, instruction guide with Ivermectin and Doxycycline.”

From Federal MP Craig Kelly to tennis champion Pat Cash, ivermectin has attracted attention around the world as a potential treatment for COVID-19. But is there any evidence for its use?

Over the next three weeks, the channel, which was first detected by the anti-extremist researchers the White Rose society, attracted more than 550 users from around the country and processed dozens of orders worth potentially more than $10,000.

An ABC investigation has obtained the chat log and screenshots from the channel, which show evidence that Gabz placed two bulk orders with an India-based website.

The messages also give an insight into a group of people bound by collective mistrust of vaccines that have been proven safe and effective, coupled with a fear of contracting COVID-19 as it ravaged Australia’s two biggest cities.

That’s a lie. The dodgy vax is neither safe nor effective. But your ABC knows best.

“I’m hoping nothing happens while we wait for the orders,” one user wrote two days after the channel was started.

“I’m particularly concerned as I only have one lung and feel this could be my last hurrah if I did get it,” another wrote.

Independent researcher Kaz Ross, who tracks extremists and anti-vaccination activists online, says the channel was the first example she had seen of an underground trade in Ivermectin and Doxycycline in Australia.

“I see this case as someone who thinks that they’re doing a heroic act; they think they’re saving their community by arranging a huge shipment of what is effectively an illegal drug importation,” Dr Ross said.

Do you know more?

No system is 100 per cent secure, but the Signal app can be used to protect your identity by using end-to-end encryption. Please read the terms and conditions of the app to work out if it is the best method of communication for you.

Ivermectin is used to treat parasites like threadworm and scabies but has been popularised as a COVID-19 treatment by anti-vaccine activists.

It works. It saved India from Covid.

Multiple scientific studies – including one at Monash University — are trying to determine the potential uses of Ivermectin for COVID-19-infected people, but it has not been proven to be an effective treatment for the disease.

It’s cheap & effective. The Pharma lobby doesn’t want us to have it.

The National COVID-19 Clinical Evidence Taskforce says Ivermectin should not be used for the “treatment of COVID-19 outside of randomised trials with appropriate ethical approval”.

After a Western Sydney man overdosed on Ivermectin in September, NSW Chief Health Officer Kerry Chant called for people to not take their healthcare into their own hands without seeking expert medical advice.

Pull my other leg. No one “overdosed” on Ivermectin.

Later that month, the Therapeutic Goods Administration (TGA) imposed restrictions on Ivermectin after a spike in prescriptions for the drug.

In a statement, the TGA said it was a criminal offence to import, advertise or supply medications that are not listed on the Australian Register of Therapeutic Goods.

Ivermectin is a safe & prove drug. So is HCQ. Because of the Pharma lobby, doctors are threatened to prescribe it.

While a 3mg Ivermectin tablet is listed on the register, the 12mg product being imported by users of “IM Packs” is not.

“Individuals cannot lawfully import bulk Ivermectin products for human use unless they have first applied to the TGA to have that product entered in the ARTG,” the TGA said.

“Where necessary and appropriate the TGA will use the powers in the [Therapeutic Goods] Act to take regulatory action which can include issuing directions or infringement notices, or commencing civil proceedings or criminal prosecution.”

The TGA said in some circumstances individuals could import a three-month supply of unregistered medications for personal uses, but they still required a prescription from a medical professional.

“The TGA acting on the advice of the Advisory Committee for Medicines Scheduling, recently placed new restrictions on the prescribing of oral Ivermectin.

“General practitioners are now only able to prescribe Ivermectin for approved conditions.”

The “IM Packs” chat log reveals Gabz was aware of the legal risks of distributing the drugs.

“If it’s caught being shipped I can get into lots of trouble for illegal activity,” Gabz wrote in response to another user’s question about whether doses could be sent interstate.

Gabz appears to be operated by a Sydney-based woman named Gabriella Talarico. 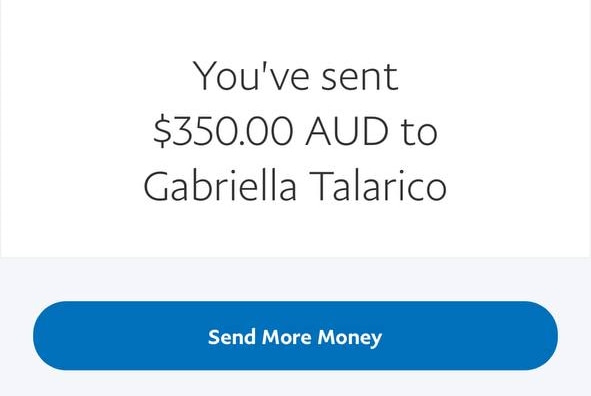 However, Gabz has not responded to a request for an interview and questions sent to an email address listed as belonging to Gabriella Talarico in chat messages.

The ABC has also spoken by phone to a woman who answered to Gabriella Talarico, but after being asked about the channel denied that her surname was Talarico.

“My name is Gabriella but that is not my surname,” she said.

“I am aware of the channel but I did not set it up. Whoever is doing it, I’m pretty sure they have followed all the rules.”

Breaking down the latest news and research to understand how the world is living through an epidemic, this is the ABC’s Coronacast podcast.

Gabz appears to have used the Instagram profile to attract followers to the “IM Packs” private channel on Telegram.

The ABC has also contacted multiple users who posted their mobile phone numbers on the channel as part of the ordering process, but they all either refused to comment or denied any knowledge of “IM Packs”.

Less than 24 hours after the ABC started making inquiries, Gabz announced to other users that the channel would be deleted.

“Please don’t give any information to people who call, it’s none of their business,” Gabz wrote.

The channel was deleted on October 22, and the PayPal account used to process the payments has been disabled.

But screenshots of receipts and chat logs appear to show that Gabz placed two orders with the website before the channel was deleted.

Gabz only shared the receipt of one order.

On October 6, Gabz posted a receipt for a shipment of 700 12mg Ivermectin tablets bought for $US390.

About a week later, Gabz posted a screenshot from a parcel tracking service showing the package had arrived in Sydney and was awaiting customs clearance.

‘Fingers crossed it gets cleared’

“UMM DOES THIS MEAN IT HAS ENTERED AUSTRALIA?!?!!!,” Gabz wrote.

“Wonder how long it takes to await clearance 😮 fingers crossed it gets cleared 🤞🏼 pray!! Lol that was quick as!”

Gabz later told the group that any future orders would need to be sent to other users’ addresses.

“The supplier has said he needs multiple addresses for orders as they’re large orders and will get stopped at customs,” Gabz wrote.

“He wanted 8-12 addresses for last order made but I could only give him 4 😩 so I can’t make another order for 3 months unless I can get multiple addresses which I understand people don’t wanna do (which is completely fine!!) so I guess we’ll see where we’re at in 3 months time!”

What is Ivermectin and why is the TGA warning people about it? 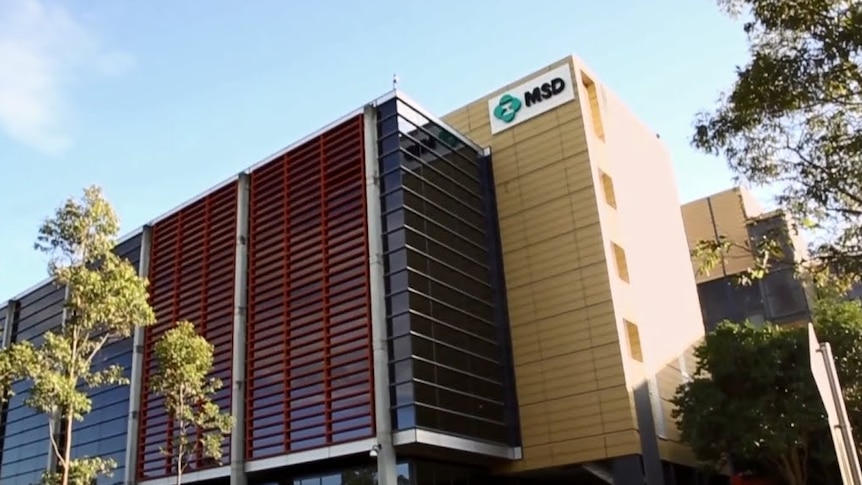 The nation’s pharmaceutical regulator is warning people against using Ivermectin for COVID-19.

The ABC asked the India-based website via email whether it had told Gabz to provide multiple addresses for the statement to avoid detection from Australian Border Force.

In its response, a company spokesperson said: “I sent all medication under supervision all import or export rules via India Post.”

“What you want, save Australian life or see many people die? Because it’s a global epidemic, so we should help the most people in the world. Please don’t make propaganda,” the spokesperson said.

“If any parcel is stuck and not delivered. I will refund my clients always.”

It is unclear whether the Australian Border Force has released the package.

Gabz also posted screenshots of spreadsheets showing the names and suburbs of users who ordered the packs, which reveal customers in every state and territory except Tasmania and the Northern Territory.

The highest order was from a user named ‘Adele’ who didn’t specify their location. They ordered 40 packs which cost a total of $1,000.

Mustafa Dhahrir, a pharmacist in south-west Sydney whose TikTok posts debunking vaccine misinformation have attracted thousands of likes, said he was concerned about the number of customers asking for Ivermectin during the height of the Delta outbreak.

“Some people say, ‘I’ve heard Ivermectin is good for COVID. Can you tell more about it’ or ‘can I have some’,” he said.

Seizures, coma among risks of drug

This is absolute bullshit. Many people died & many more have suffered severe aftereffects from that dodgy vaccine. No one had seizures, no one went into a coma because of Ivermectin.

Mr Dhahrir said he was concerned that people taking Ivermectin without medical supervision could overdose on the drug.

“”It can lead to toxicity and a lot of side effects that can cause harm,” he said.

According to the TGA, possible adverse effects of a large dose include neurological reactions like dizziness, seizures or coma.

They all lie for the Pharma lobby.

It remains unclear whether the Ivermectin and Doxycycline doses were ever distributed to the other users on “IM Packs” because the channel was deleted before the shipment was released from Customs.

But Dr Ross says this episode shows how easily encrypted messaging apps like Telegram can be used to evade Australian laws.

“This is always the concern of particularly encrypted social media where people are sharing information on how to buy drugs, selling drugs, all kinds of illegal drugs, not just medicinal ones,” she said.

Telegram did not respond to a request for comment.

One thought on “Shock Horror! We’re not allowed to save lives with Ivermectin!”