No state will admit that they are getting between $27.50 to $32.45 per injection from the Fed Govt in our money.  It’s criminal.

Tens of thousands of demonstrators have converged into Melbourne to protest against the Andrews government’s pandemic bill.
.
A counter “anti-fascist” rallying for vaccines was also underway in a separate part of the city with fears the two groups could clash.
Just a handful of kaputniks, but the media tells us they matter.
Other freedom rallies were being held in Sydney and Brisbane. 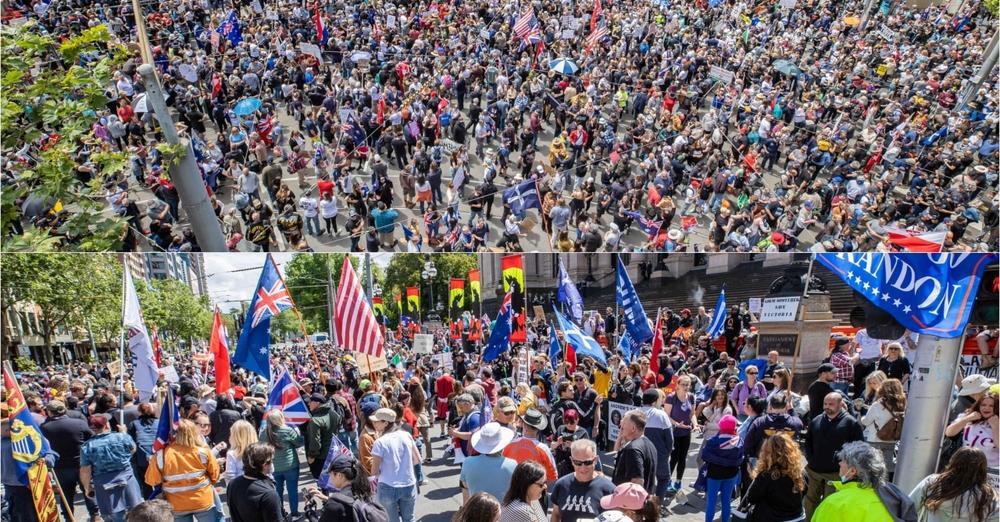 Placards such as “kill the bill” can be seen in the sea of “freedom” protesters who have been peaceful.

People can be heard repeatedly chanting “free Victoria” and “sack Dan Andrews” as they marched down Bourke St. 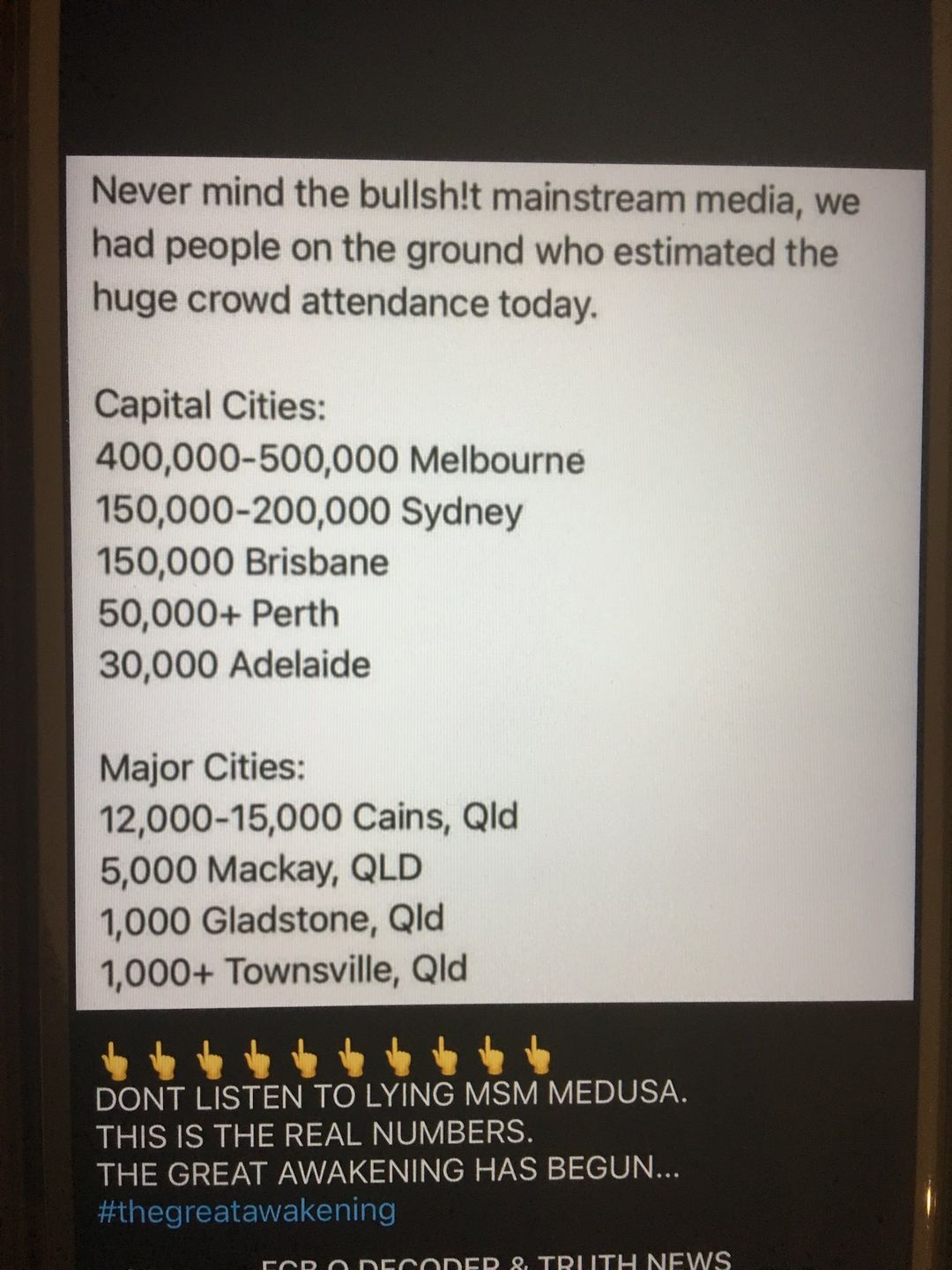 This is what our political class is most frightened of … when the masses get off their ass’s & join together in protest against them & their abuse of power. 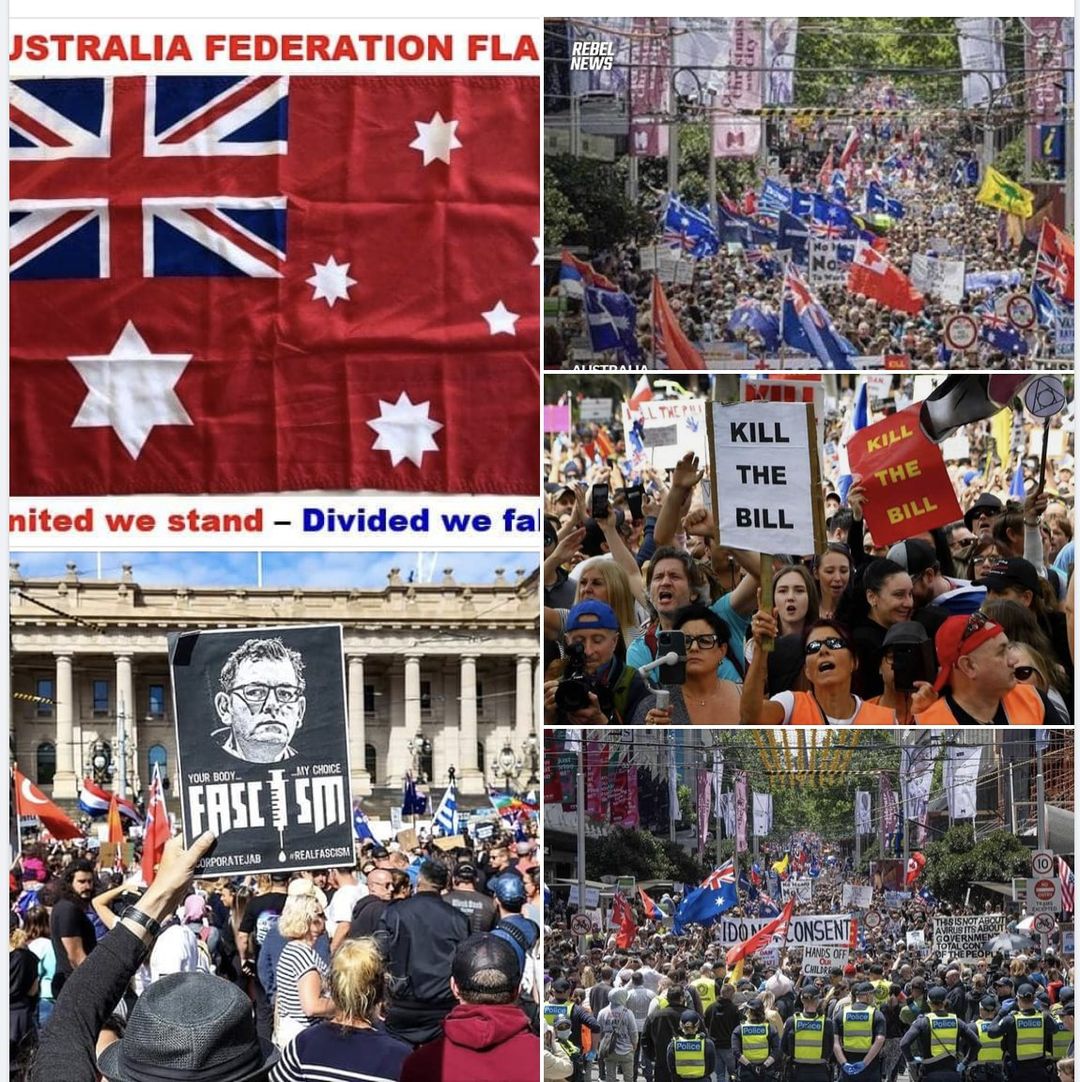 It is Sunday the 21st of November 2021 and Michael Rowland and just about all of our disgraceful media are leftist ratbags, woke tards & commie agitprops.

Who the hell does this administrator think he is?

In my 52 years alive I never thought I'd hear an Aust member of Parliament talking in such a divisive and demonizing way.

No Mr Gunner.. you can take your Vax mandate and shove it where the sun don't shine pic.twitter.com/xFUJBzijWo 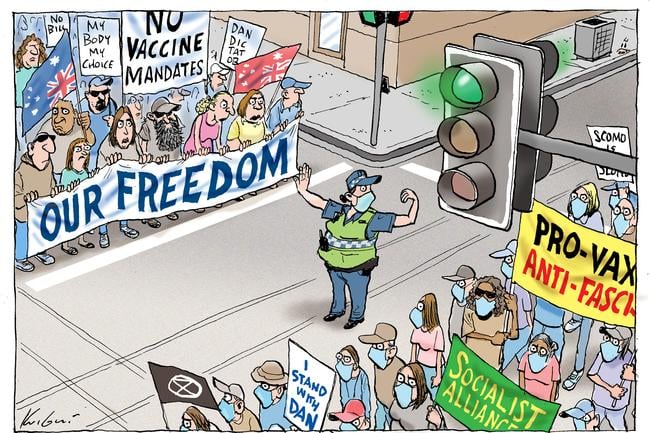 The narrative is about to blow up. Very foolish of the PM to weigh in before the facts were established.

“These guys [the police] could end this tomorrow. They all complain about it behind closed doors. In the tearoom, they all whisper about how rubbish it is and they don’t want to be a part of it, but they don’t have the courage to stand up and say that publicly because they’re worried about their pay-cheque.” 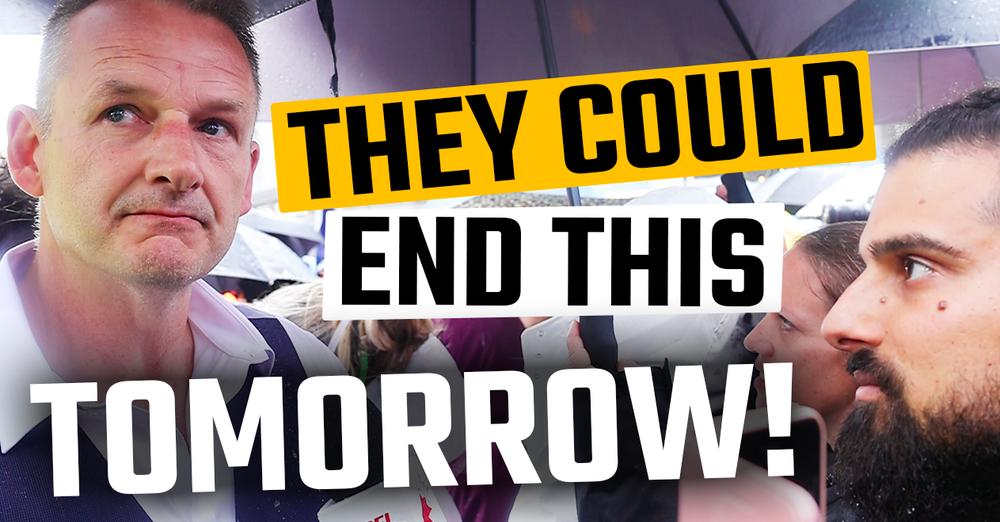 ‘Don’t just complain about it, stand up!’ Former police officer calls for courage

“I am just an angry dad who wants to protect his kids, just like everyone else who’s out here,” said Craig Backman.

Backman famously addressed an earlier rally on the steps of Victorian Parliament in which he directly urged the police officers lined up behind him to ‘do the right thing’ and stand with the people of Victoria.

“One of the things that I find about what you’re [Rebel News] are doing and people like Rukshan are doing, is that you provide the proof of what’s going on down on the ground. When you do it, it’s called ‘out of context’ – when the police do it, it’s called ‘evidence admissible in court’ on their body cameras,” continued Backman. “It is a shame that they have not embraced you guys, because guys you are the news now.”

The mainstream media has been notorious throughout the pandemic for demonising Freedom protesters and misrepresenting their message. Various publications have run hit pieces on independent journalist Rukshan, criticising him for livestreaming protests or referring to him simply as ‘a wedding photographer’.

Similar behaviour was documented when CFMEU workers protested against mandatory vaccination outside CFMEU headquarters only for John Setka, the press, and Labor figures like ex-leader Bill Shorten to call to them far-right Nazis.

“The disparity between what goes on in the media – in the mainstream media – and what you guys show, shows how dishonest they are and how much of an enemy to the people they really are.”

Backman served as a senior constable throughout most of the pandemic. He said that some police officers ‘protested’ pandemic rules by not enforcing them, mistakenly believing that ‘sanity would prevail’ eventually.

“If I stay here, I am on the wrong side of history,” said Backman, on why he quit the police force during the pandemic. “I have been speaking out ever since. These guys [the police] could end this tomorrow. They all complain about it behind closed doors. In the tearoom, they all whisper about how rubbish it is and they don’t want to be a part of it, but they don’t have the courage to stand up and say that publicly because they’re worried about their pay-cheque.”

Backman joined the force later in life and urged police to remember that they are citizens of the state above all else, saying that too many in the police were ‘trapped like robots’ in the force.

When asked if he was in a minority position in the police by standing against pandemic laws, Backman replied that there appeared to be a lot of verbal support, but not many prepared to stand up and risk their jobs.

“You can see the stone faces that you get when I’m talking to those people [the police]. You can see how under the thumb – under control – they really are. There is a fear in that structure that they just will not speak up,” said Backman.