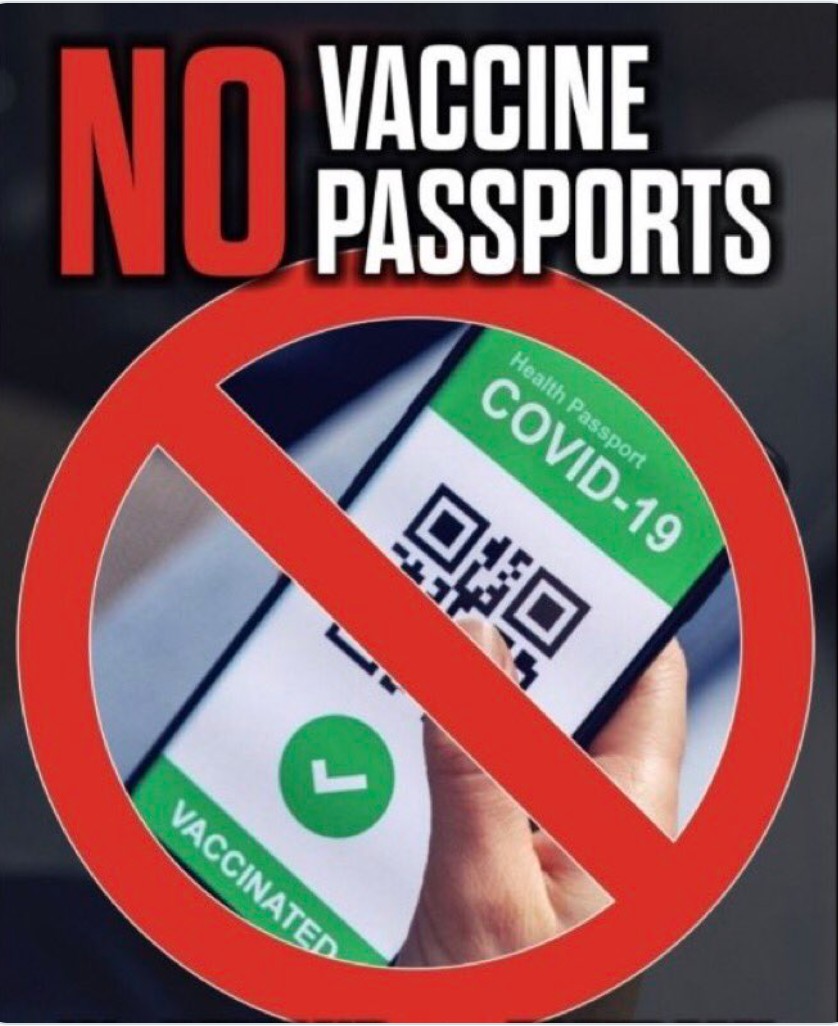 Irrational fear is quite something to behold.

I continue to be amazed by how many fully vaccinated Australians remain ‘so terrified’ of the unvaccinated that they have demanded workplaces sack them.

That’s right, the person you sat next to for eight years is suddenly a worthless traitor destined for the scrapheap. They have to be punished – preferably financially ruined – even better if they end up on the street with their children kicked out of school. It’s their ‘choice’ after all. Vaccination or the breadline.

‘Do the right thing’ is starting to sound like a hacker sending threatening emails. ‘Hand over cash or we’ll forward nudes to your contact list – it’s your choice’.

Adults who believe it is too dangerous to share a workplace with the unvaccinated feel perfectly safe wandering into Coles to shop side-by-side with them. We are all touching the same self-service check-out, but I am yet to see a triple-mask-wearing customer hesitate, even for a moment.

And of course, those with a genuine medical exemption from vaccination are also safe to be around. None of the punitive safety rules apply. What’s the scientific difference between an unvaccinated person and a medically exempt unvaccinated person? One of them obeyed the government. That’s all. 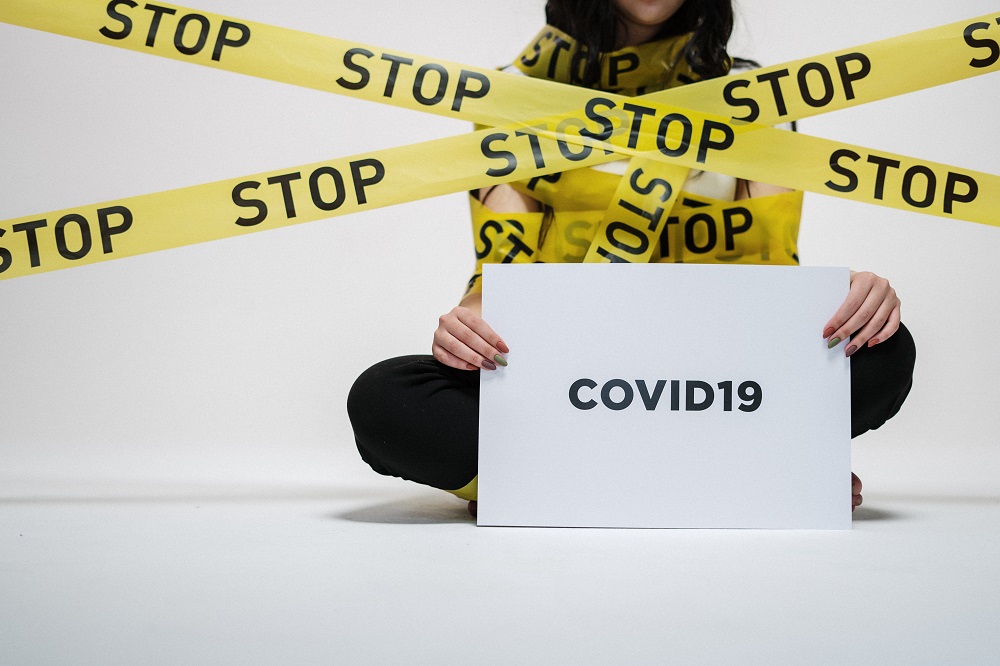 According to Australia’s chief health officers, Covid is a sentient virus. We have known for a long time that it can tell the difference between an unvaccinated person sitting to drink alcohol and a vaccinated person standing at the bar. It can’t enter Bunnings, so it lurks outside shoe stores waiting for a customer to browse. Covid is either the smartest graduate from the Wuhan Institute of Virology, or we’re being taken for mugs. How far are we going to let ‘experts’ go with this narrative before ordinary people stand up and say, ‘Enough! This is garbage!’

The original mantra that Covid vaccination protects others by stopping transmission is absolutely, undeniably false. Many predicted this at the beginning, and now we know it for a fact.

Forget emerging peer-reviewed studies, or Bill Gates’ major verbal slip last week – real-world data from the most vaccinated nations on Earth clearly show that these vaccines have little impact on transmission, and certainly not enough to justify a campaign of discrimination.

Sorry, you are not a ‘saviour’ for getting vaccinated.

But how can anyone who spent months calling their friends, family, and co-workers ‘selfish murderers’ backtrack and admit they pose the same risk to society? It would mean swallowing a heck-load of pride and coughing up a few apologies.

Humans aren’t very good at humility, so instead they continue to use Covid vaccines interchangeably with Diphtheria, Measles, Mumps, and Rubella. You might as well compare crushed-up rhino horn mixed into desiccated bat-wing with Viagra because they both use the word ‘medicine’ in the description.

The damage to the Australian psyche is done.

You cannot have state premiers fronting cameras week-after-week with malicious lies like, ‘make no mistake, this is a pandemic of the unvaccinated’. People believe authority figures, especially if it makes them feel better.

The Australian public have become so deranged regarding Covid that the only way to restore normalcy is to ban businesses from asking about vaccination status. The urge to discriminate runs too deep to let this situation recover naturally. Vaccination has become commercialised by the woke just as critical race theory profits from racially-charged workplaces. Health or corporate virtue signalling?

Real fear is useless, but fear controlled by the government is profitable.

Examine the logic of a health order that bans the unvaccinated from travelling when they feel healthy, but encourages them to travel into city centres for a Covid test if they develop symptoms.

Ask yourself, if we were dealing with Ebola would you stand in line with hundreds of people who suspect they’re sick? Would health officials funnel people into choke-points to maximise the chance of mass transmission? How many mask-wearing snitches would shout in someone’s face if they thought they were genuinely dangerous?

The answer is obvious; mortally terrified people do not behave like this.

This is why politicians have created a sentiment of guilt, punishment, and reward around compliance. It is exactly the same propaganda as climate change. Comply or you’re a ‘bad person’ and we’ll make sure everyone knows it.

Astonishingly, it doesn’t seem to matter that the promised miracle vaccines work about as well as the flu shot – which is barely. Nor are many concerned that Pfizer fudged its way through safety data while the US Federal Drugs Administration (FDA) looked the other way and approved it for emergency use. The FDA wants the world to wait fifty-five years before it releases Pfizer’s safety information – or five-hundred pages a month (whichever comes first?). As for the Australian Therapeutic Goods Administration, they lazily took Pfizer at their word.

At some point we have to accept that the organisations responsible for dangerous gain of function experiments which led to Covid are the same people telling us that civil liberty exists at the end of a syringe. If this isn’t ‘profiting from the proceeds of a crime’ – what is?

We have leaders in the Australian health industry who have casually suggested unvaccinated people should be left to die, or at the very least be prevented from accessing elective surgery. Social media is awash with citizens urging Victoria Police to use real bullets against protesters who are begging for help after Covid health orders destroyed their lives. Queensland Premier Annastacia Palaszczuk demanded the sacking of thousands of nurses – now she is congratulating herself for flying in foreign replacements.

Who is still ‘trusting’ Fauci as a moral authority after he oversaw experiments where dogs had their faces eaten off while they were still alive? What kind of world have we created where parents put face-shields on newborns or schools sit young kids in plastic cages? Across the world, children are dropping dead while the media tries to blame climate change for a suspicious surge in ‘sudden deaths’.

This is not normal.

A sensible government would be asking serious questions of drug companies, not rushing vaccine roll-outs before any more damning information leaks out.

Medical authorities are the ones who have ignored firmly established best-practice safety standards. Big Pharma cut corners to rush a product to market then pressured social media companies to silence anyone who lofted an eyebrow. Call me cynical, but I’m sure this has nothing to do with protecting $30 billion in global sales.

It should never be the case that government decree becomes the unchallenged moral standard.

Health is a private matter, not fodder for the election cycle. We are being punished because weak politicians backed themselves into a corner, promising salvation from the virus if people gave up their liberties for a while.

These politicians made a mistake. Anger at the financial ruin created by health orders became a problem at the same time politicians over-committed in soon-to-expire vaccines, so they began a campaign of intimidation to offload them. Instead of protecting yourself, people were told they ‘had to protect others’ and if they didn’t they were ‘literally killing grandma’.

Forget how emotionally manipulative, sinister, and untrue this is; the unvaccinated became a solution to pandemic bad press. This is not something a moral or responsible government does.

The only job the government had in this pandemic was to source potential vaccines and offer them to the public.

Instead, public health became the weapon to exponentially expand political power. Does anyone believe that politicians woke up in 2020 and started caring deeply about our health? Remember all those ‘hope you get better soon’ cards the government sent you before Covid? No. Your health is a notch on a spreadsheet that has to be ticked off as part of an election campaign. What you die from matters, not whether you live.

As for the public health system, state governments have known hospitals were on the brink of collapse for decades. What did they do about it? Gave hundreds of billions to renewables companies…

The last great lie is that the unvaccinated must be locked out of the economy to protect the hospital system. How does that work? They will get sick with or without jobs, but if they are poor they do not contribute to the public health bill. It is illogical, unless your goal is to break people mentally. Healthcare is either a human right, or a reward. In Australia’s case, it is supposed to be a guarantee through the Medicare scheme.

This is a very ugly Australia.

We are at the point where most people can’t tell the difference between stopping a sick person from entering a shop, and denying perfectly healthy citizens access to society as a form of petty revenge.

Australians must remember that the laws of the state are a general guide, but there is a higher law – a moral law.

Whether it be religious or philosophical, citizens have always known that governments create bad laws that contradict the fundamental understanding we have of humanity.

I won’t discriminate, persecute, or exclude citizens because a premier tells me to.