The legacy of Stasi Merkel, who turned Germany into a carbon copy of the former GDR.

In Germany, unvaccinated MPs are now barred from parts of parliament. This is not a public-health measure. It’s a political attack on the anti-vaxxer AfD. The government wants to exclude its opponents from the democratic process, says Sabine Beppler-Spahl 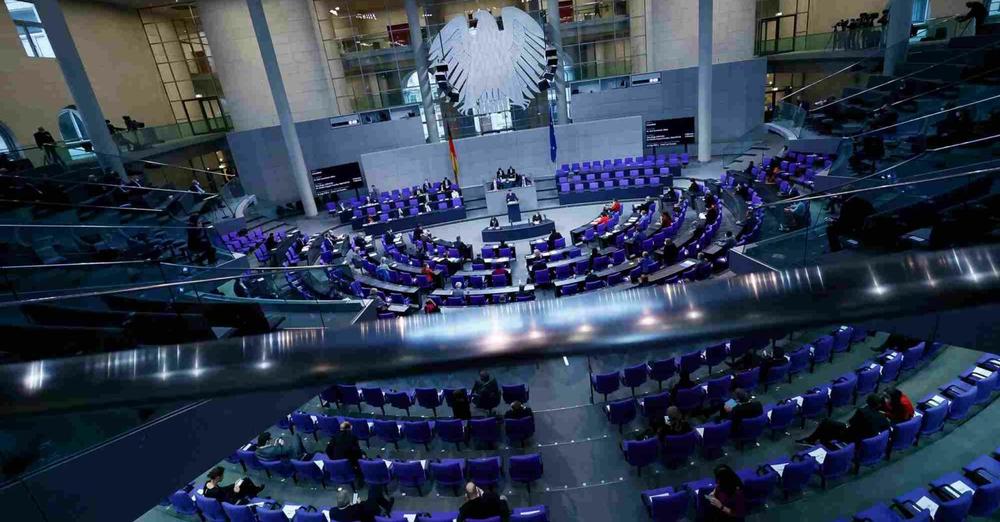 Germany is excluding the unvaccinated from democracy

Unvaccinated MPs are now barred from participating in the Bundestag.

Germany’s strict Covid-vaccination rules, which include banning unvaccinated adults from many public places, now apply in the Bundestag, the German parliament. This means that MPs who have either not been fully vaccinated, or have not recovered from Covid in the past six months, are no longer allowed to enter the plenary hall or participate in any committee meetings.

These restrictions could be ramped up further still. There is now talk that only MPs who have had Covid in the past three months, rather than the current six, will be exempted from the vaccine mandate. And those who haven’t yet received the booster vaccine may have to present a negative test result on a daily basis.

Of course, Germany’s rules severely restrict the lives of all unvaccinated people. But there’s a difference between excluding individuals from theatres or concerts and effectively excluding MPs from the democratic process. The official website of the Bundestag even states that in a democracy, ‘no one may be prevented from assuming and exercising his or her mandate as an elected representative of the people’. But this new rule has done precisely that.

There is a clear political motivation behind this move. Everyone knows that the imposition of these rules in the Bundestag targets the right-wing Alternative for Germany party (AfD) in particular. The AfD has the largest number of unvaccinated MPs and has campaigned against vaccine mandates. But others are affected, too, such as Sahra Wagenknecht, former chair of the Left Party (Die Linke).

Whether we like it or not, Covid vaccines have now become a contested political issue. Therefore, banning unvaccinated MPs from taking their seats is a political move. Those politicians opposing mandatory vaccination rules, or even opposing the Covid vaccination itself, are now being forced to adopt the government’s position on vaccination or face exclusion from the political arena. Indeed, when fully vaccinated AfD parliamentarians held a protest in the Bundestag against the rules, they too were threatened with expulsion from the plenary hall.

As irrational as opposition to vaccination may be, preventing unvaccinated MPs from expressing their views in parliament is an unprecedented step – especially in a country that praises itself as liberal and free.

Normally, such explicit discrimination against dissenting voices would provoke indignation in the media. It would rightly be seen as an attack on parliamentary democracy. But that is not happening in this case for one simple reason: far too many mainstream commentators are relishing the isolation of the hated AfD and other contrarians. They are happy to see Covid rules being used to do what they have failed to do through debate and political argument – namely, defeat the AfD.

In the celebratory words of one Berliner Tagesspiegel commentator, ‘the AfDcould disappear from the scene’. Having turned itself into the parliamentary arm of anti-lockdown and anti-vaccine protests, the AfD would lose credibility if its MPs now decided to get jabbed, he argues. Yet if they don’t get jabbed, their ability to promote their ideas will be severely limited. So ‘the AfD is in trouble’, he concludes.

Such commentators shouldn’t be too sure of themselves. The AfD has had many problems in recent months. But its voters are more likely to turn on those who are treating their representatives so appallingly than they are to abandon the party.

Regardless of where one stands on vaccination, barring unvaccinated MPs from the Bundestag is an indictment of German parliamentary politics. This rule does not serve a public-health purpose. It serves a political purpose – to exclude, literally and symbolically, political opponents from the democratic process.

What this means for the AfD remains to be seen. But there’s little doubt that the credibility of the new government is already damaged in the eyes of many.