The Honks heard around the world 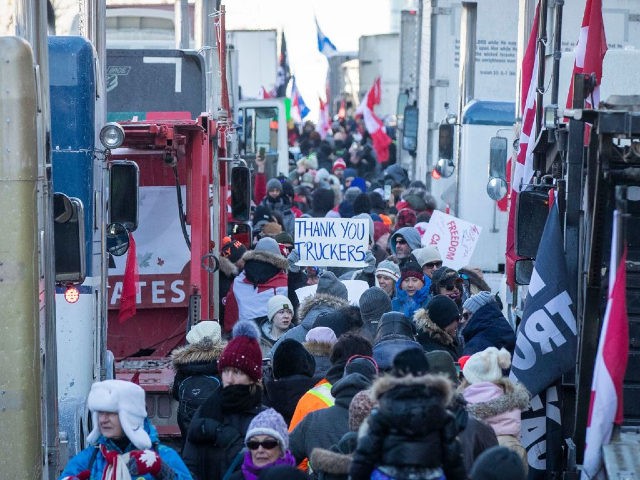 Far-left Canadian Prime Minister Justin Trudeau is facing mounting frustration in his side of the political aisle for failing to act in the face of growing “Freedom Convoy” protests against coronavirus-related mandates – frustration he tried to stem by making a last-minute appearance in Parliament on Monday night.

The Ottawa Freedom Convoy protests are exposing too many hypocrisies of the leftist Canadian government and their faux conservative opposition.  It is only a matter of time before both wings of the Federal UniParty vulture known as Parliament sanction an aggressive federal response.

An insider within the Royal Canadian Mounted Police (RCMP), essentially the Canadian federal police force, has leaked some of the details.  The leaked plan as outlined in this video warning {Direct Rumble Link} does seem to be authentic and aligns with the statements from federal ministers inside the administration of Prime Minister Justin Trudeau.  [Unfortunately embed disabled]

From the video of the leaked plan, the process is straightforward: