Triple-Vaxed and Coronavirus-Positive Justin Trudeau: Getting Vaccinated ‘Defines What Being a Canadian Is’

Trudeau of Canuckistan, after withdrawing to an undisclosed location when the Freedom Convoy of truckers converged on Ottawa, claims he has tested positive for COVID-19. Trudeau refuses to meet with the organisers of the truckers’ protest, presumably because he believes they are unwashed rubes who don’t deserve to be dignified with his magnificence.

Trudeau Lashes Out at Truckers from Secret Location, Accuses Convoy Crowd of “Hateful Rhetoric” and “Violence Toward Citizens” (VIDEO)

Trucker protests: Trudeau vows not to “give in” to demonstrators who fly “racist flags”

Trudeau said he would not meet with the group, because they do not represent “true Canadians,” and are not worthy of recognition.  Trudeau contrasted his prior support for the Black Lives Matter protestors and cast the Freedom Convoy as filled with “hateful rhetoric.”  He further stated they were attempting to “incite violence” and said the movement did not deserve support. 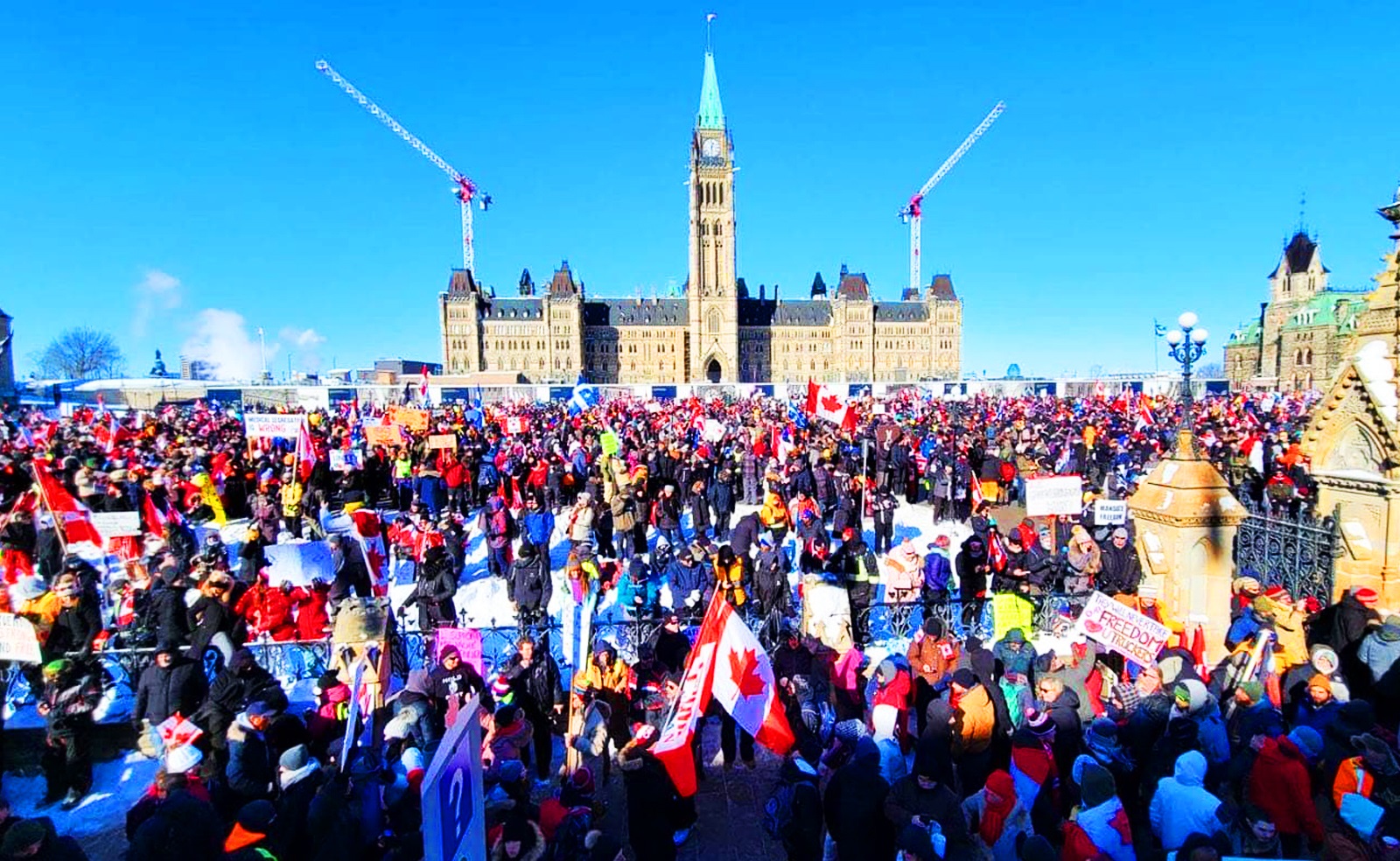 In a remarkable effort to Alinksy the voices of those who oppose the Canadian government COVID restrictions and mandates, Canadian Prime Minister Justin Trudeau claims the truck drivers in Ottawa are stealing food from the homeless while flying racist flags.

This entire tweet thread statement by the Canadian Prime Minister is just bizarre in the extreme. 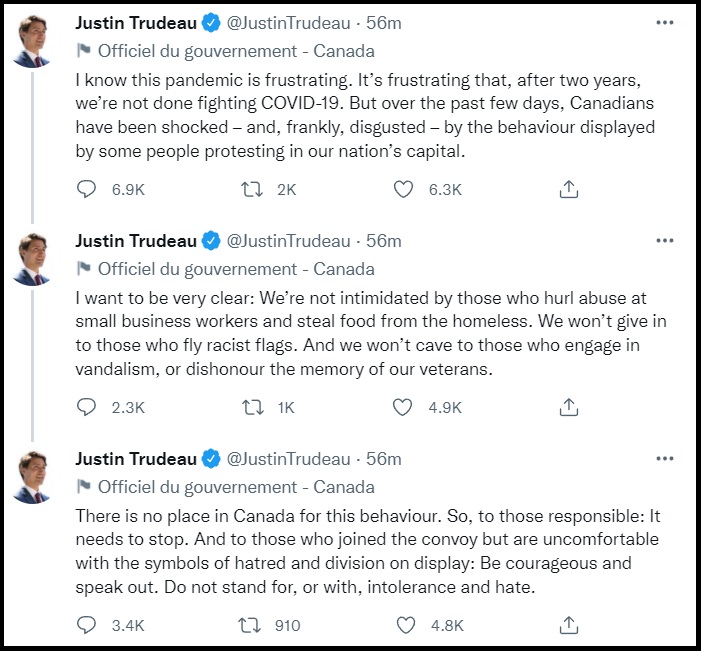 The need for control is a reaction to fear.  However, this type of lashing out, an effort to create a completely alternate reality of actual conditions on the ground in Ottawa, is indicative of a profoundly unstable person.  These are the extreme messages one would see from a person carrying pathological traits of borderline personality disorder.

Perhaps, due to the ideological nature of the echo chamber around him, this may be the first time Trudeau has witnessed a gathering of people who do not agree with his worldview.  Obviously, he doesn’t know how to handle what is in front of him.

Something is very unstable, creepy to a level of visible discomfort, in the way Prime Minister Trudeau is attempting to message to his national audience.   Put another way, this guy is losing his s**t, in public.  This level of public breakdown should be the number one story on the world stage.

END_OF_DOCUMENT_TOKEN_TO_BE_REPLACED

It is highly doubtful that Trudeau is Covid positive. The coward ran from the very people he’s oppressing. Like a typical POS liberal does. Everytime he speaks he proves just how evil and maniacal he and his puppet masters are. This is the time in history our forefathers warned us about. Enemies foreign and domestic never rang more true.