Mufti of the Chechen Republic Says Ukraine Invaders Are 'On the Path of Allah' https://t.co/nr6J2tNX07 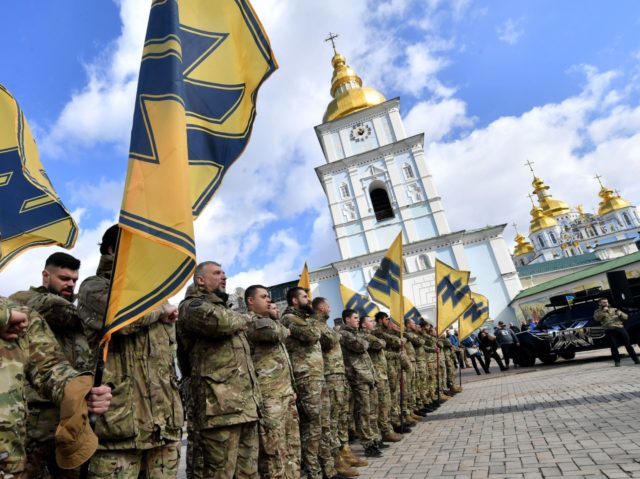 The National Guard of Ukraine has shared video footage of “Azov fighters” greasing bullets with pig fat for Chechen “orcs” deployed in their country on their verified Twitter account.

The Checehn Republic, a Muslim-majority federal subject of the Russian Federation headed by Islamist strongman Ramzan Kadyrov, is reported to have sent forces to Ukraine to support President Vladimir Patin’s ongoing invasion of the country, with Kadyrov sharing video footage which purports to show Chehen fighters replacing the Ukrainian flag with a Russian flag at a captured military facility.

Kadyrov has boasted he could amass a 70,000-strong force to send to Ukraine at a rally of a reported 12,000 fighters in Chechnya’s regional capital of Grozny, and the Western press has been alive with lurid if weakly-evidenced reports of Kadyrov’s fearsome Kadyrovtsy “hunters” — notorious for alleged human rights violations including kidnapping and torture —  have already been deployed to eliminate Ukrainian officials marked for death by the Kremlin.

The “Azov fighters” of the National Guard of Ukraine who have filmed themselves smearing bullets intended for “the Kadyrov orcs” with pig fat — which Muslims consider fundamentally unclean — are almost equally notorious, being former paramilitaries of the Azov Battalion, a volunteer militia with strong neo-Nazi links which was only integrated into the Ukrainian military proper in 2014.

Despite being integrated into the official military, Azov fighters have been observed to still wear the Wolfsangel insignia previously used by a number of Waffen SS divisions during the Second World War. 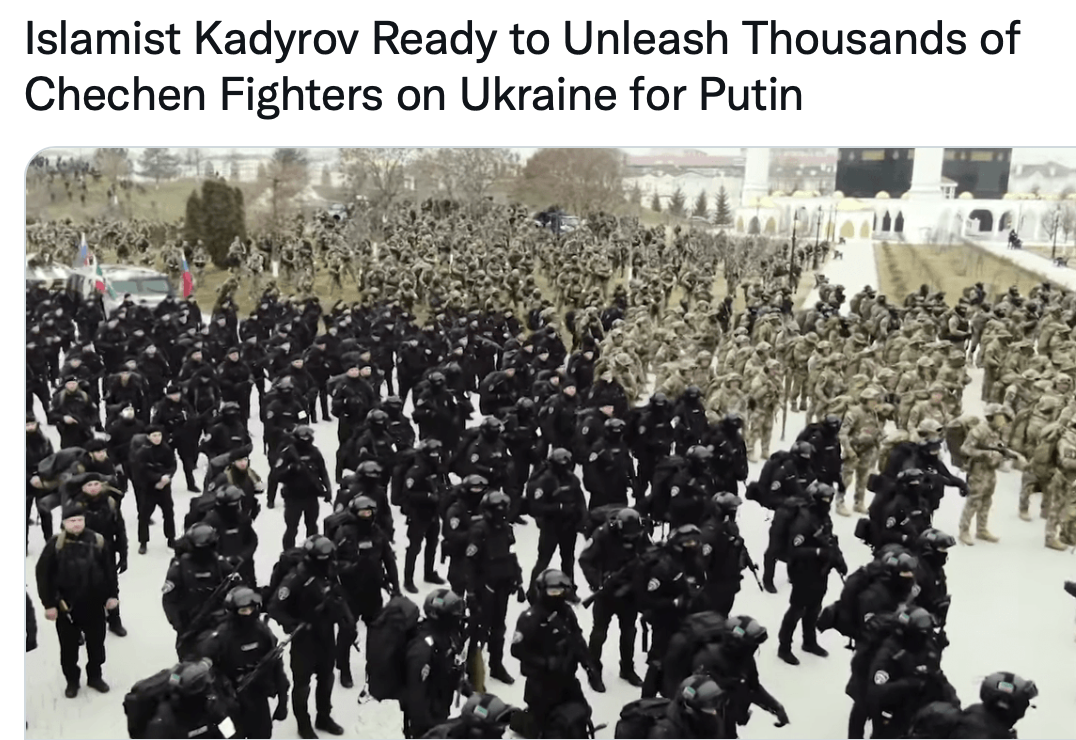 The presence of such units within the Ukrainian military was referenced by President Putin as one of the reasons for launching his so-called “special military operation… to de-militarise and de-Nazify Ukraine” and the Russian military have regularly claimed that nationalist “Nazi Battalions” are the backbone of the resistance to their offensive in press briefings.

Ukraine’s President Volodymyr Zelensky has pushed back against Putin’s characterisation of the Ukrainian state as compromised by Nazi elements on a broad basis, however, highlighting the fact that both he and his prime minister are Jewish.

Chechenya’s leaders, for their part, have had no qualms about underscoring the Islamist character of their involvement in the invasion — at least in statements intended for the local populace — with the Mufti of the Chechen Republic explicitly stating that “at the legislative level, insulting the Prophet Muhammad and the Qur’an is prohibited” and “there is freedom to practice Islam to the fullest” under the current political arrangements, but that “all this will fall apart if Russia falls apart.”

“Russia invaded Ukraine. The reason she invaded is to remove the people doing harm to the establishment of peace,” the mufti suggested in a public address, promising that those participating in the invasion “are on the path of Allah.”

Ukrainian news outlet The Kyiv Independent and British tabloids have issued so far unsubstantiated claims of Ukrainian forces having already destroyed a large detachment of Chechen forces near Kyiv (Kiev) which Kadyrov has personally repudiated, claiming his men are yet to suffer a single casualty.