92% of those who voted in a referendum in Alsace favor the independence of the region from France. 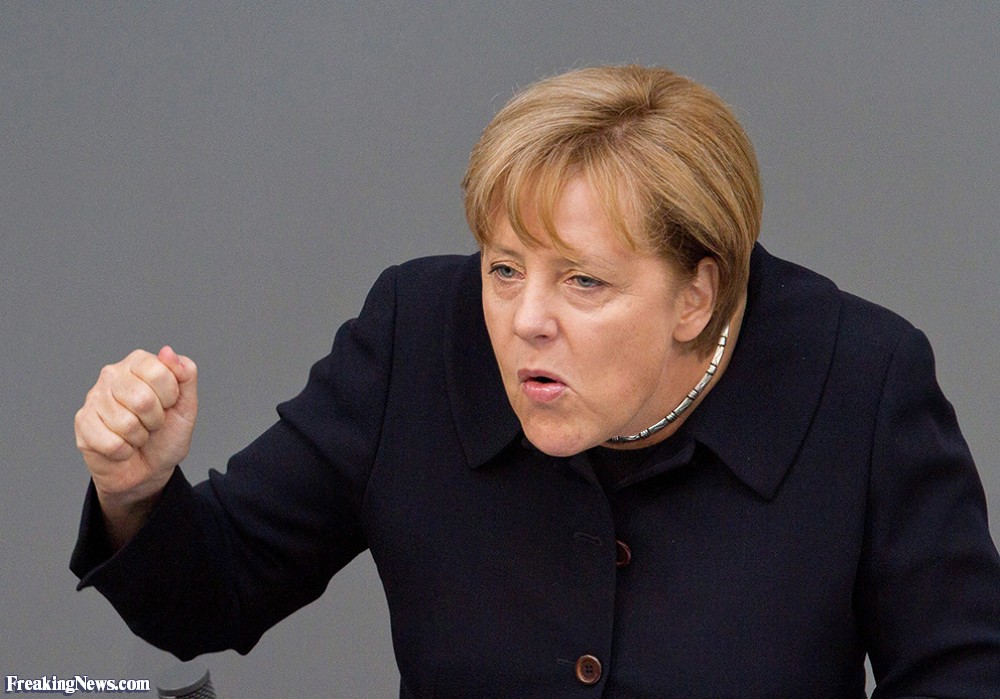 Merkel’s disastrous rein turned Germany into a full blown dictatorship. The old Stasi shrew literally turned Germany from a lukewarm democracy into a GDR style tyranny. She encouraged the third world  to a mass-migrate  to the country and put the rights of unassimilable savages above those of German people. “Dem Deutschen Volke”, the preamble of the Grundgesetz, the German constitution, was derided. She claimed she had to censor free speech “to save democracy”. Sounds familiar? The courts, the institutions, merely rubber-stamped ever transgression of the Merkel regime. Now that the dictatorship is established, it only gets worse.

In the video below, Beatrix von Storch, the deputy leader of the AfD (Alternative für Deutschland, Alternative for Germany), affirms her own stance against compulsory “vaccination”.

Many thanks to MissPiggy for the translation, and to Vlad Tepes and RAIR Foundationfor the subtitling:

END_OF_DOCUMENT_TOKEN_TO_BE_REPLACED

Here’s a comment from another blog that is right on the money:

Re: “And it’s not the EU, which is having to deal with a huge influx of refugees – on top of everyone struggling after the ‘Plandemic.’”

From a certain perspective, that is true – but not when viewed through the lens of European-style globalism, of the kind that originally spawned the European Union and before it, the “United Europe” movement of Count Richard von Coudenhove-Kalergi, the acknowledged father of globalism on that continent.

Richard Nikolaus Eijiro, Count of Coudenhove-Kalergi (1894 – 1972) was the child of aristocrats, an Austro-Hungarian father and a Japanese mother. His biracial heritage may have had something to do with his eventual ideological leanings, vis-a-vis eugenics.

Kalergi propounded that the “ideal European” of the future would be of mixed racial heritage, and the product of breeding between darker-skinned peoples of the Third World and native European stock.

For much of his life, Kalergi claimed to be against National Socialism (Nazism) and the things for which it stood, but upon closer examination, his views on race and ethnicity are remarkably similar to those of the German fascists, albeit of a slightly different variety. Old wine in shiny new bottles….

The engineered social and demographic chaos now enfolding Old Europe and its people, is supposed to look spontaneous and more-or-less natural, but this is a polite fiction: This state of affairs is the result of decades of deliberate and careful planning. Planning to put Kalergi’s ideas into action.

This is not mere speculation, either. The globalists are quite open about it in their own way. Every year for some time now, an annual winner of the Charlemagne Prize has been announced. Past recipients include Pope Francis, Angela Merkel, Tony Blair, and Emmanuel Macron, among others prominent in the globalist movement. The other name for this award is the Kalergi Prize. See what I mean?

Those soc-called refugees flooding into Europe are “not a bug,” as the IT people would say, “they’re a feature.” You might respond that Ukrainians are not Third Worlders, but the ingress of large numbers of newcomers, regardless of their ethical/racial heritage, is inherently disruptive to the host society, and it is designed to be, at least in this instance.