Why the Hell are we letting World Economic Forum Criminals ruin our Countries?

And there it is….. Ukrainian President Volodymyr Zelenskyy delivered a public broadcast urging the allied western nations to quickly adopt “green energy” policies which he says will undermine the influence of Russia in Europe.  If you’ve been following events, this demand is yet another big puzzle piece coming together.  {Go Deep 1, Go Deep 2, and Go Deep 3) 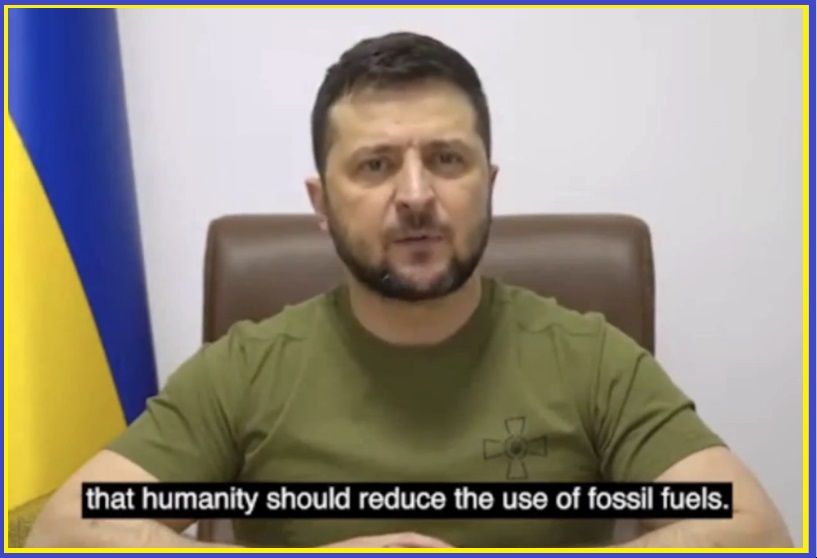 The Recount has the video HERE. I cannot locate the shareable video on any other tech platform, which, given the importance, is not surprising. I doubt any govt in the western world wants to have the dots connected.

In the video Zelenskyy urges the NATO alliance, specifically western Europe, to quickly adopt the Build Back Better climate change agenda as it helps his country.  He advocates for “green energy” as a top priority so that alliance members are not reliant on Russian energy sales.

If it seems a little odd that a president, in the middle of a war zone, would be advocating for the climate change agenda, you are not seeing the big picture.  Ukraine is a crisis that cannot be wasted.  The Green New Deal, Build Back Better, and western nation climate change agenda is far more important than a single proxy war nation.  Ukraine is a tool in the bigger agenda, nothing more.

Volodymyr Zelenskyy is controlled by the western alliance, NATO, Dept of State, CIA and western allied intelligence.  This is part of the reason why Russia took action in the first place.  Zelenskyy has a role to play and pushing the Build Back Better (WEF) agenda, while the opportunity exists, is all part of the organized global cleaving.