You used to be able to trust the ABC – but now it’s been hijacked by the radical Left. 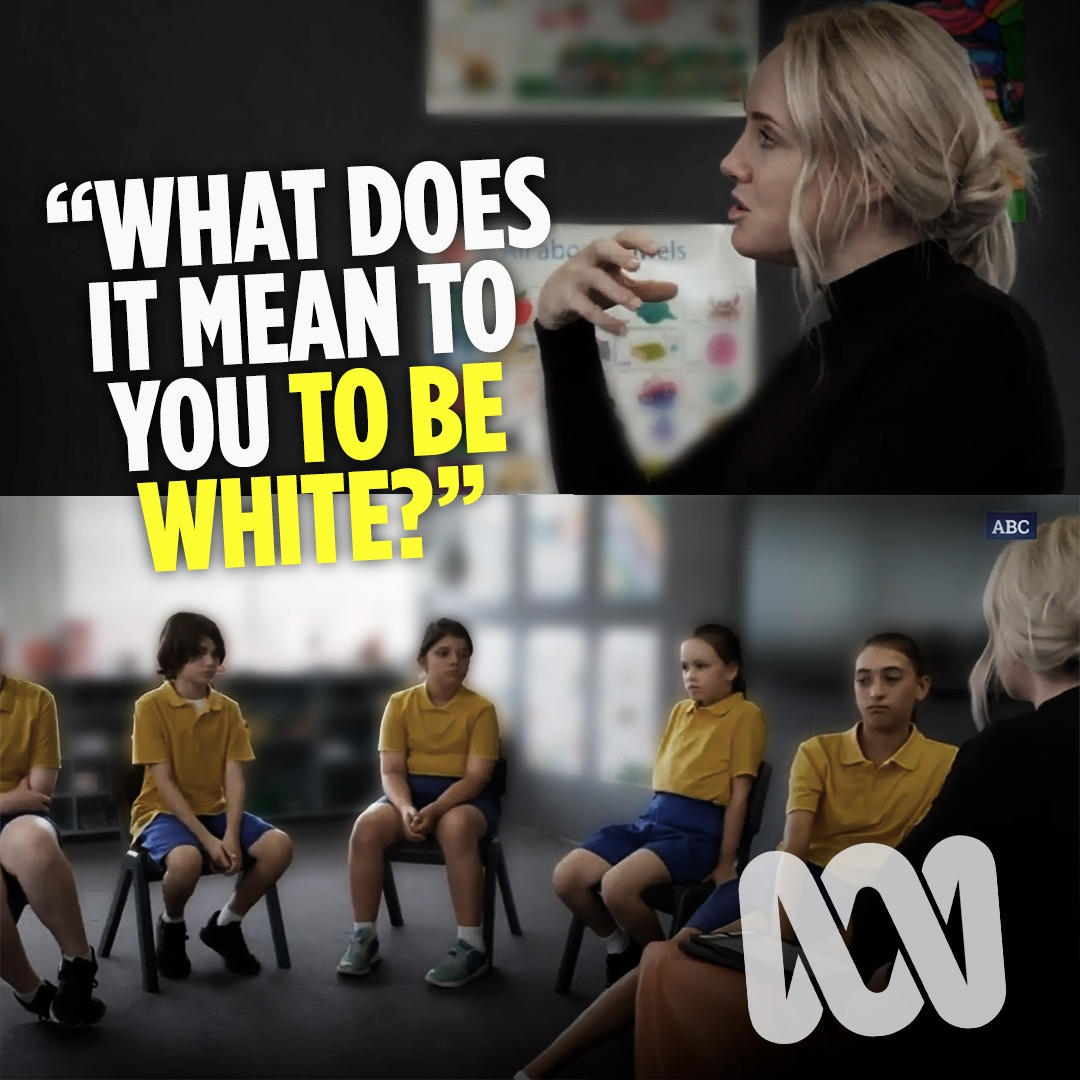 “The ABC is a sickening left-wing propaganda machine that’s being used to indoctrinate Australian children.”
.
This taxpayer-funded public broadcaster has been in decline for years.
Together we must stop this before it goes any further. We must stop the ABC from pushing its own Leftist agenda.
.
It’s time to take back our national broadcaster from the Left and return it to its core purpose of informing Australians about what is happening in their country and around the world.
.
The ABC is not acting in the best interests of mainstream Australians like you.
It’s time to take action by signing this letter that calls for an independent ombudsman.
.
Let’s start by putting an end to programs like “Little Kids, Big Talk” which are actively harming children by promoting gender fluidity propaganda on screen before they have even started school!
.
Every day we don’t act, the ABC grows more Left and less trustworthy.
Show your support for an independent ombudsman to ensure the ABC’s political impartiality – sign the open letter today!
.
John Stone The Spectator Australia 12 June 2012
.
What possible reason can any conservative have for voting for the Morrison government? Neil Brown, in his forensic examination of that question here a fortnight ago, said it all. For myself also, it’s ‘all over, Red Rover’. Yet one thing could alter my opinion. Were the government to take really tough action against the disgraceful behaviour of ‘our ABC’, I could change my view against it. More than 25 years ago I wrote on several occasions that Australia had, in the ABC, ‘its own Fifth Column’. Since then, that situation has continued to worsen.
.
Why is that? And why has the government refrained from doing anything significant about it? To answer these questions, it will be illuminating to consider the history of recent Coalition governments, starting with Tony Abbott’s in 2013.
In conversation with Abbott some months before that election, I warned him against appointing Malcolm Turnbull to any portfolio in his future government. Recognising however that he might find that hurdle too high politically, I added that, if Turnbull must be included, it should only be to an outer ministry portfolio, not the Cabinet. In the event, he was appointed Minister for Communications in the Cabinet. The stage was set for all the treachery that followed. 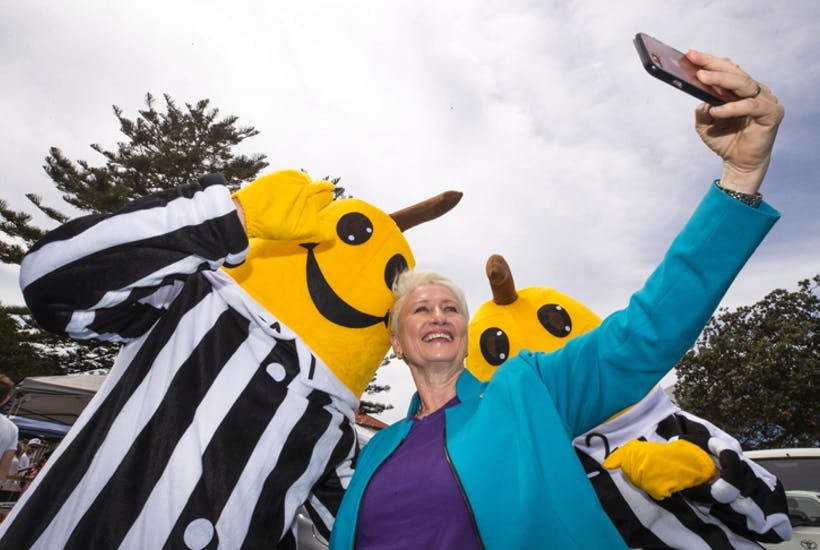 Turnbull’s modus operandi was quickly apparent. His relationship with the ABC (and the Press gallery more generally) was one of ‘You scratch my back and I’ll scratch yours’. The minister was never to be criticised, and the ABC, in return, would receive a stream of leaks about Cabinet discussions and other internal Coalition gossip. For example, when Abbott moved, in accordance with his election promise, to repeal Section 18C of the Racial Discrimination Act, it was quickly revealed that he was having great difficulty in persuading a majority of his Cabinet colleagues to that end. (Bear in mind that also prominent among those colleagues was the notorious ‘Black Hand’ supremo, Christopher Pyne).
.
This nexus between the minister and the institution for which he is formally responsible continued under Turnbull’s successor in the portfolio (Senator Mitch Fifield) and remains to this day. It is a thoroughly unhealthy one, presenting a continuing conflict of interest. If the minister will refrain from reining in the ABC’s misbehaviour, it will give him ‘a good run’.
.
Nothing could better exemplify this nexus than the situation between the ABC and Senator Fifield’s successor (since May, 2019), Paul Fletcher. During his tenure, the ABC has repeatedly ignored the responsibilities of its charter – publishing outright falsehoods, carefully selecting what it does or does not publish, pursuing its own personal vendettas (did I hear mention of the name Christian Porter?), emphasising its own obsessions (climate change, Aboriginal mistruths) and so on. Yet apart from the occasional lettuce leaf slap on the wrist conveyed by a letter to the equally guilty ABC chairman, Ita Buttrose, Fletcher has effectively done nothing about it.
.
So far has this gone, in fact, that the government’s real opposition nowadays consists not of the Labor party but of the ABC (and its twin, the SBS), together with assorted journalists equally dedicated to bringing it down at the next election. To describe this as a disgrace would be an understatement.
.
So, as Lenin is said to have asked, what is to be done (apart from the obligatory replacement of the faineant Fletcher by a genuine conservative with the drive and determination to deal with the powerful forces arrayed against him or her)?
Some brave souls, in the Institute of Public Affairs and elsewhere, have proposed that the ABC should be privatised. Attractive as that may sound, it runs up against two (at least) major difficulties. First, it would encounter opposition in the Senate not only from Labor and the Greens, but also from most crossbenchers. Second, it would be resisted within the Coalition itself by the National party, whose members genuinely value the ABC’s rural and regional services. (From my own time in the Senate I can attest that ABC interviewers in the bush – no doubt because they live in their communities – are an entirely different breed from their mostly despicable capital city counterparts).
.
There is only one effective way to bring the ABC to heel. That is by cutting its budget. And by ‘cutting’, I do not mean timidly paring a few millions off its present luxurious funding. Rather, start by slashing its 2021-22 appropriation by $100 million, with cuts of (say) $50 million postulated in each of the three following forward estimates years. Emphasise, in doing so, that one action by the ABC in reacting to this will not be tolerated – namely, any cuts in its rural or regional services. Make it clear also that the government will be looking to the ABC to make these cuts in its operating budget, and not be offsetting them either by borrowings or via the sale of assets. In short, it is bloated management and staff cuts that are required. (Why do such names as Sally Neighbour, Paul Barry and Louise Milligan come to mind?). And if, by happy chance, the present ABC chairman and other board members should feel the need to resign in protest, so much the better – a truly win-win situation.
.
Since ABC-lovers vote Labor or Green, such action wouldn’t cost the government votes. And in my case at least, and I suspect those of a good many others, it would either regain or help to retain some. But will Scott Morrison pay heed? Sadly, I’m not holding my breath.