PARIS (AP) — No more Muslim headscarves in public. All schoolchildren in uniforms. Laws proposed and passed by referendum. Generous social services unavailable to foreigners unless they’ve held a job for five years. 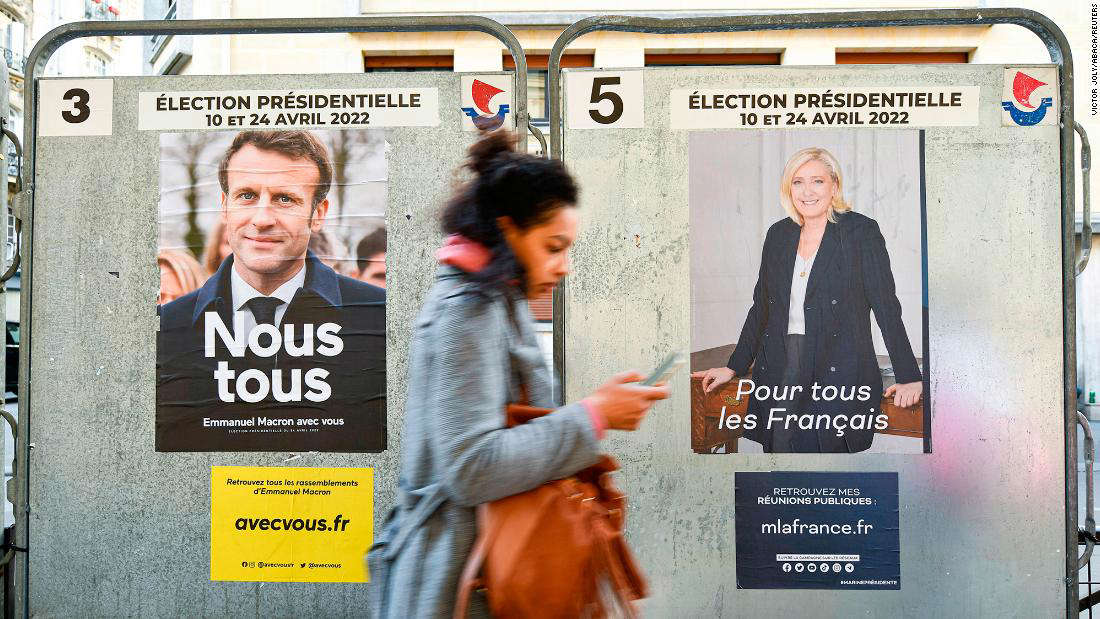 That’s just a sampling of Marine Le Pen’s vision for France if the far-right leader wins Sunday’s presidential runoff election against incumbent Emmanuel Macron. In all things, France, and the French, would come first.

Polls portray Macron as the front-runner in Sunday’s vote, but a Le Pen win is possible — an outcome that could rock France’s system of governance, strike fear among its immigrants and Muslims, jolt the dynamics of the 27-nation European Union, and unnerve NATO allies.

Macron, 44, a centrist who is ardently pro-EU, has relentlessly blasted his adversary as a danger and framed their election showdown as an ideological battle for the soul of the nation. Le Pen, 53, views Macron as a progressive technocrat for whom France is just a “region” of the EU.

When AP calls a globalist sock-puppet “centrist” you should run for the hills.

The hard left establishment media is rooting for Macron, of course: 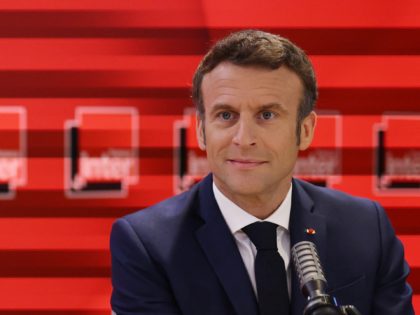 This is an older blog entry.

Macron hosted summit as part of efforts to reshape France’s ties with ex-colonies, but analysts believe French president’s focus is on symbolic than structural moves. 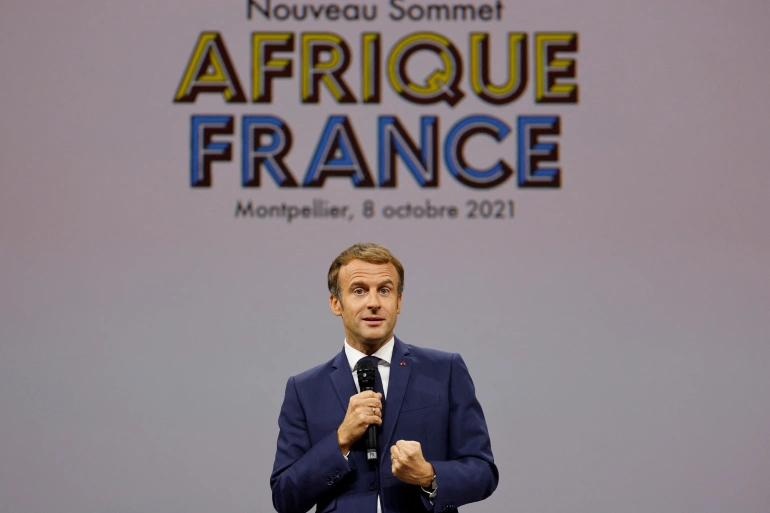 Cheikh Fall did not hold back last week when he saw French President Emmanuel Macron during a plenary session of a France-Africa conference.

Fall was one of several young Africans who peppered Macron with unfiltered criticism of France during Friday’s event, seen as part of the French president’s attempt to reshape his country’s relations with former colonies on the continent.

In a bid to leave the infamous legacy of FrancAfrique – a decade-old shadowy network of French politicians and African elites aiming to maintain French domination in post-colonial Africa – behind, Macron invited hundreds of young businesspeople, artists and researchers to the meeting in Montpellier – but no African heads of state or government leaders.

Since coming to power in 2017, 43-year-old Macron has presented himself as the standard-bearer of a new generation that aims to start a new chapter between Paris and its former colonies after a long and disturbing history that haunts contemporary France to this day.

But specific instances from that troubled past apparently caught him off guard on the stage as he awkwardly listened to young Africans who assailed Paris’s “arrogance” and “paternalism” in its asymmetric relations with African countries and urged him to offer an apology for colonial-era crimes.

Cornered by candid criticism, Macron promised an honest assessment of the colonial past. “We must recognise this responsibility and bear it,” he said.

“It is part of our past and of the relationship.”

Analysts said the conference took place as Macron aims to divert the focus of ties from the colonial past, with France finding itself in a fierce competition of power with growing Chinese, Russian and Turkish involvement in its “backyard”.

In this sense, the French president has taken a number of steps including commissioning a report that found that Paris bears “overwhelming responsibilities’’ over the Rwandan genocide and was “blind” to preparations for the 1994 massacres in which about 800,000 people were killed.

However, as much as the report marked a rare confession by the French state, it also cleared Paris of complicity in the genocide and carefully placed blame on the then-President Francois Mitterrand instead of the French state itself.

Separately, Macron embraced another state report on colonial rule in Algeria that recommended the establishment of a “memories and truth” commission but ruled out an official apology for the crimes committed.

Macron has also agreed to return some of the artefacts stolen from African countries during colonisation; to declassify secret files on the assassination of anti-imperialist Burkina Faso leader Thomas Sankara; and to reform, not end, the CFA franc, a French-backed currency used by former French colonies in West Africa that is seen by many as a symbol of neo-colonialism.

Nathaniel Powell, an analyst at Oxford Analytica, said such steps were symbolic and not structural gestures.

“They are illustrative of Macron’s longer-term soft-power aspirations of overcoming anti-French sentiment while maintaining the centrality of France as a privileged African partner,” Powell told Al Jazeera.

He said there was a clash between these aspirations and the security interests of the French state.

“None of the steps can alter the ‘hard’ aspects of the relationship – support for autocracies, ambivalence about democratic aspirations, a mindset hyper-focused on security interests and a kind of autocratic political stability that benefits those interests. As long as those remain the pillars of France’s African policy, then nothing else matters very much,” Powell said.

In fact, many former French presidents, such as Nicolas Sarkozy and Francois Hollande, have attempted to reshape France’s engagement in Africa but ended up leading the military operations on the continent.

Professor Bruno Charbonneau, at Canada’s Royal Military College Saint-Jean, said this was not a coincidence as he highlighted the historical legacies that define the ties between France and a number of African countries.

“Three structural factors always come into play: One, the French military has an institutional interest in sustaining French military engagement in Africa, or at least sustaining the capacity to intervene; and it also has much influence into the policymaking process and decision-making when it comes to Francophone Africa,” Charbonneau told Al Jazeera.

“Second, whatever the context or situation, Francophone African elites expect France to intervene and be part of the discussion, knowing that they can fall back on Paris for help,” he said. “Lastly, at the UN Security Council, France is recognised to be the penholder and diplomatic leader for all things related to Francophone Africa.”

4 thoughts on “France: does LePen have a chance against ToyBoy Macron?”