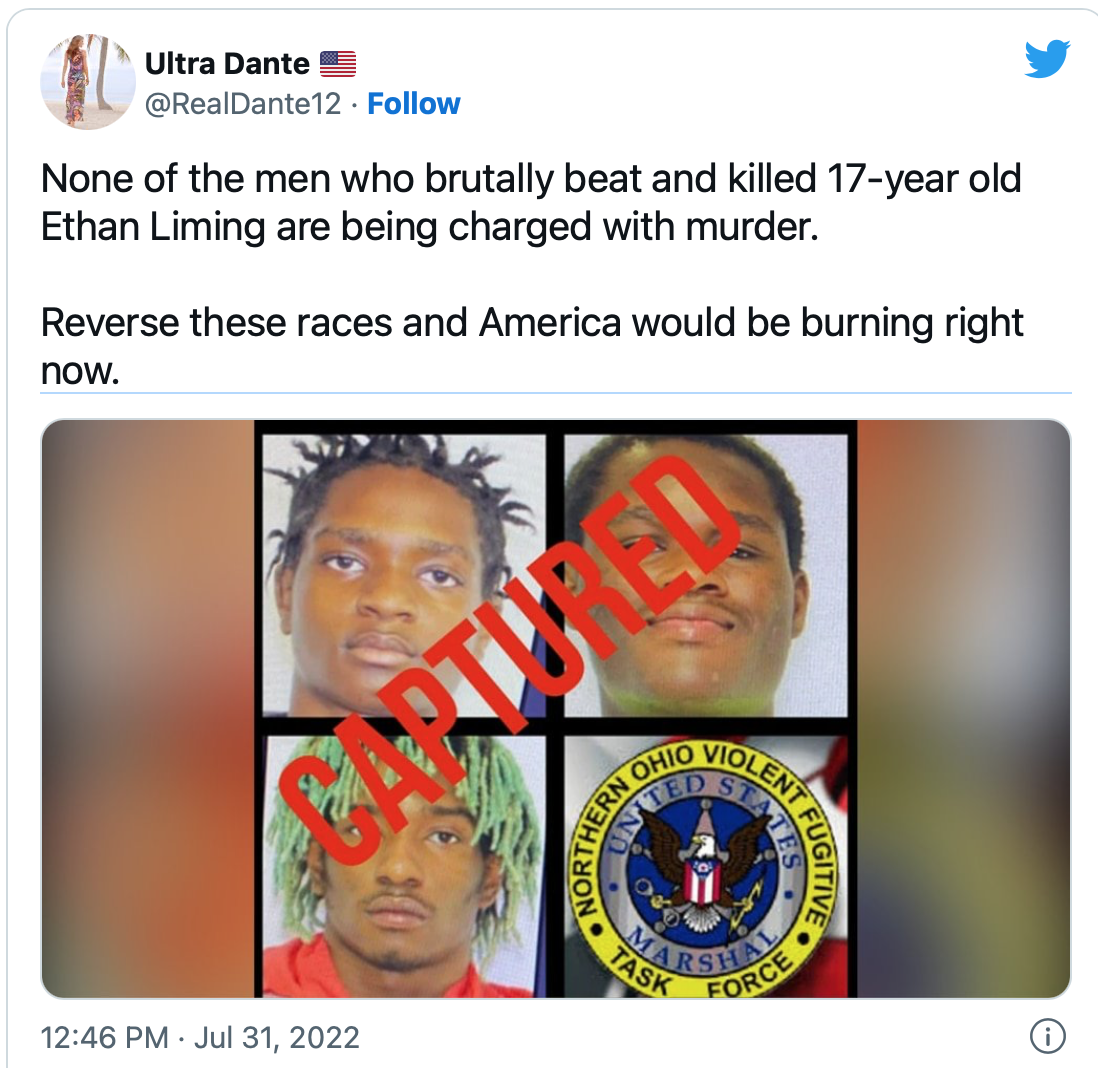 Q: What do you call it when three racially privileged black adults beat a white child to death?

Fatal fights are no biggie compared to murder. The New York Post reports:

The three young men accused in connection with the alleged beating death of Ohio teenager Ethan Liming have been indicted on lesser charges related to the fatal fight.

[T]he grand jury indicted DeShawn Stafford on two counts of involuntary manslaughter – felonies in the first and third degree, respectively – and one count each of first-degree assault and fourth-degree aggravated assault.

Authorities initially opted for justice, before switching to racial justice:

The grand jury must have gotten word that Black Lives Matter would burn down Akron if appropriate charges were applied. Also, the liberal media wouldn’t like it.

Since he was white, the dead victim is the defendant. His father Bill Liming tries to defend him from the assumption of racism:

“We are a beautifully multi-cultural family with white, African American, and Filipino family members who share the vision of strength by coming together rather than pulling apart everything we hold dear at the seams,” he wrote. …

Liming said that he and his family have “always taught all of our children to love everyone.”

To add insult to mortal injury, our liberal overlords preach that the country they are systematically destroying stinks because it is racist — against blacks.