A Pakistani immigrant, given naturalized American citizenship, pleaded guilty this week to plotting a terrorist attack for the Islamic State (ISIS) in Queens, New York City.

Chudhary is an immigrant from Pakistan who was awarded naturalized American citizenship, likely through the process known as “chain migration” where newly naturalized citizens can bring, on green cards, an unlimited number of foreign relatives to the United States.

According to prosecutors, in August 2019, Chudhary plotted to carry out a knife attack on American citizens at a Dunkin’ Donuts near his parents’ home in the East Elmhurst neighborhood of Queens.

In one instance, Chudhary researched where best to stab the human body to inflict the most harm. 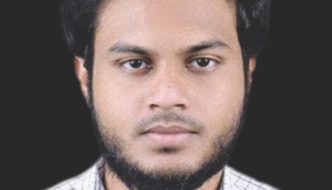 India: Engineer converts from Christianity to Islam, is killed waging jihad for ISIS in Libya

Yet another convert to Islam somehow gets the idea that his new religion commands him to do violence against unbelievers. Who taught Al Hindi about Islam? Where did he go to mosque? Why isn’t this being investigated? “Kerala engineer ‘Abu Bakr’ who was killed fighting for Islamic State in Libya, appears in IS magazine….

What a heartwarming story. reading this really put a smile on my face today.