Paki turd dumps stink bombs on Australians & whines like a b*tch when she gets blowback:

Suggest you start respecting the country that has afforded you the opportunities you have. It has nothing to do with your looks but your disgraceful attitude can not be tolerated. Nice attempt of trying to take the high moral ground.. 😡 https://t.co/X93pOrd7xl 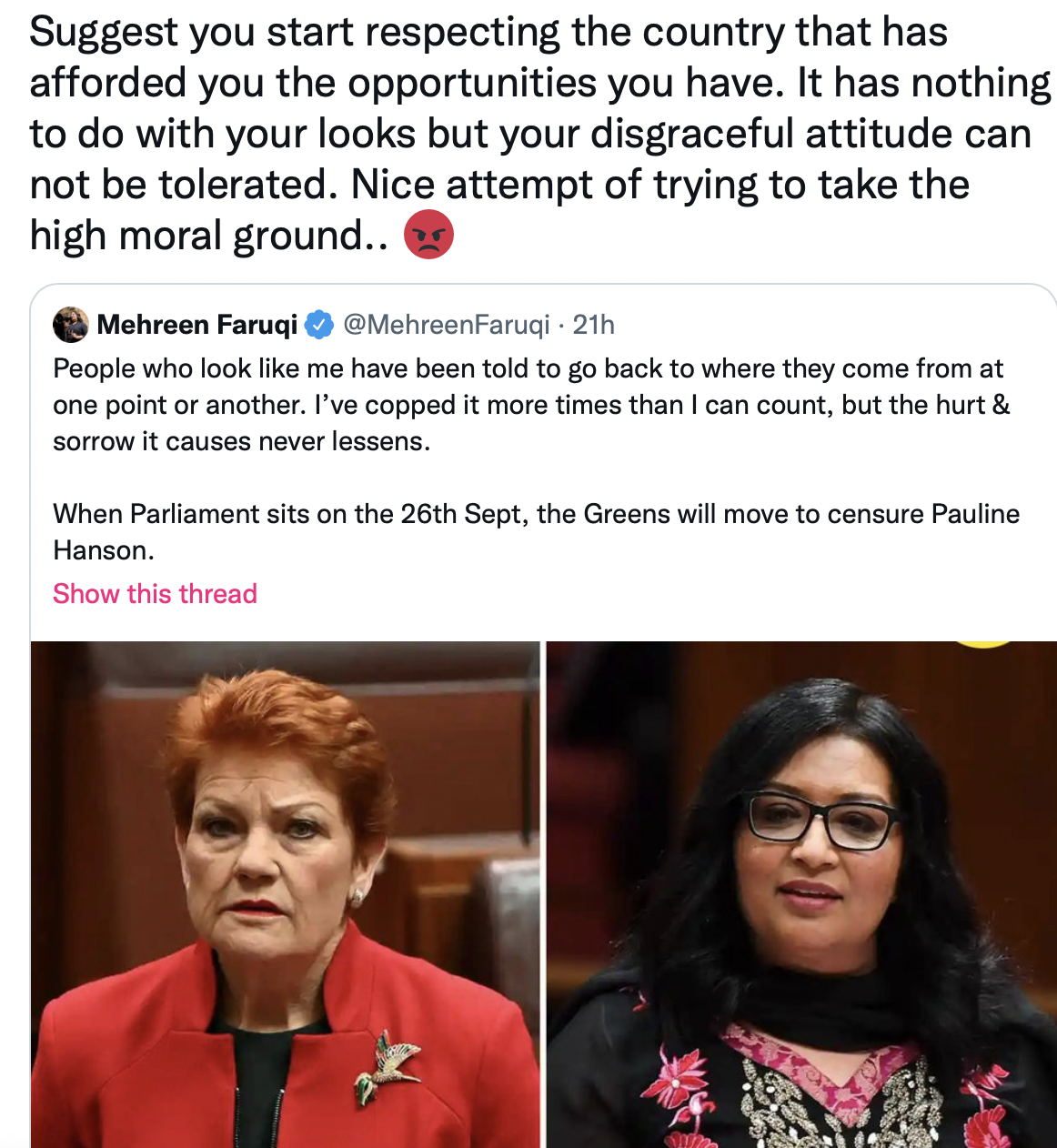 The British Empire is far from history’s only coloniser. Indeed, there were plenty of other nations with darker, bloodier stories but you won’t hear the Greens demanding apologies from them.
https://spectator.com.au/…/has-faruqi-forgotten-islams…/ 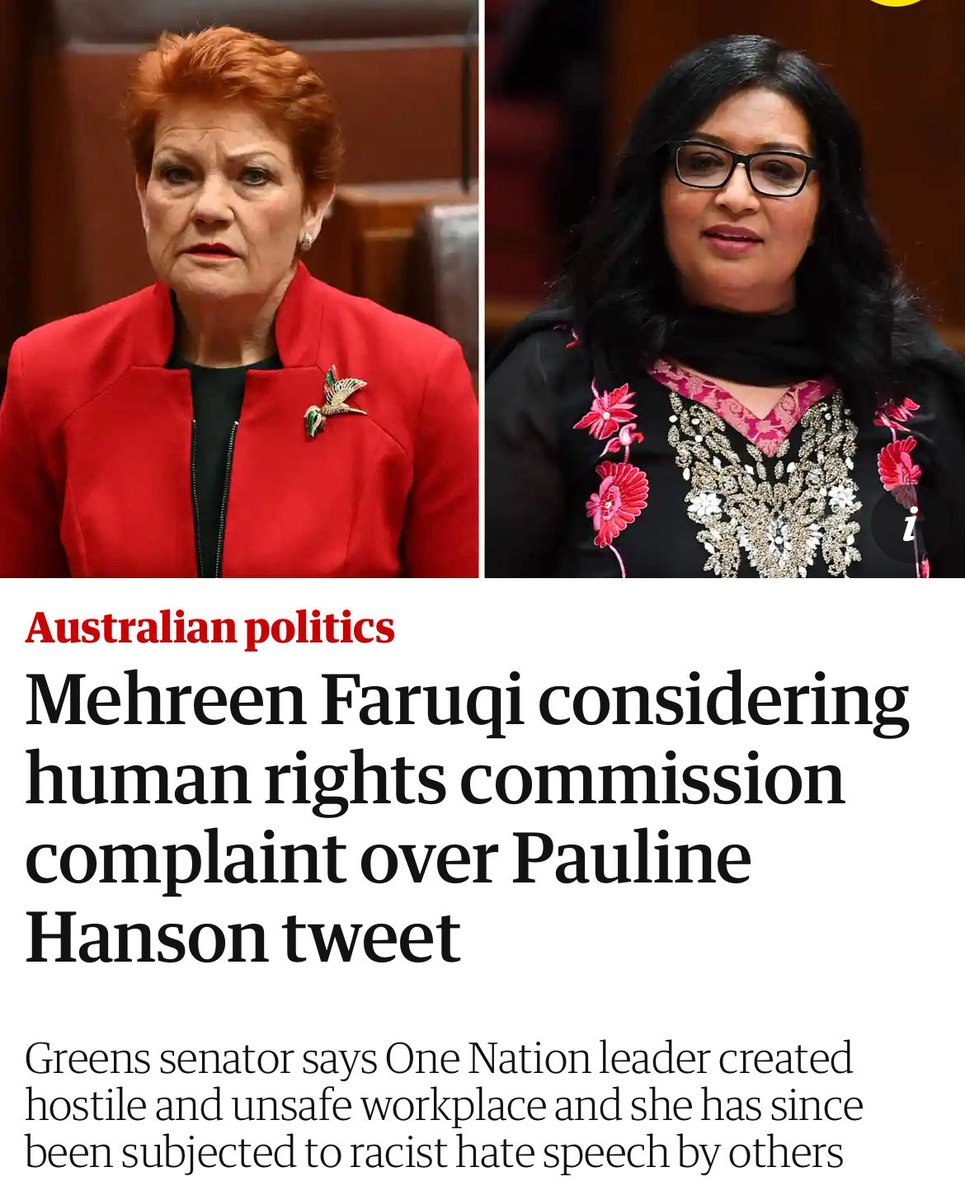 In the first televised Christmas Broadcast in 1957, a young Queen Elizabeth II said something remarkably prescient and poignant:

‘The trouble is caused by unthinking people, who carelessly throw away ageless ideals as if they are old and outworn machinery. They would have religion thrown aside, morality, and personal and public life made meaningless, honesty counted as foolishness, and self-interest set up in place of self-restraint.’

The late monarch, unlike so many in the public sphere, lived as she spoke.

At 96, and presumably gravely unwell, she nevertheless summoned the energy to meet the new UK Prime Minister and her namesake, officially endowing Liz Truss the right to form government. Truss was the Queen’s 15th prime minister, the first being Sir Winston Churchill.

Her stoicism was on full display, as she kept her personal struggles private and performed her public duties to the very edge of her capacity.

In contrast to her fortitude and reserve, it took virtually no time at all for people to begin dancing on her coffin for obvious and cynical political purposes.

The Australian Greens leader Adam Bandt, a few hours after her passing, was thrusting forward the idea of Australia becoming a republic on Twitter. The same senator Bandt recently refused to have the Australian flag placed behind him at press conferences.

Greens senator Mehreen Faruqi went further, stating, ‘Condolences to those who knew the Queen. I cannot mourn the leader of a racist empire built on stolen lives, land, and wealth of colonised peoples.’

These messages only succeeded in showing that the Greens Party is led by people who lack basic human sympathy while understanding apparently very little of history.

Bandt, of English and German descent, should perhaps reflect on how the small island of the UK, headed by Sir Winston Churchill and the Queen’s father, George VI, essentially stood alone for two years against one of the vilest, most openly racist, and genocidal regimes that was Nazi Germany, ultimately ensuring its demise. It was in large part due to the good relations that the UK had with its existent or former colonies, such as America, Canada, India, Australia, and New Zealand, that it was able to rally a coalition of volunteer forces to defeat the Axis powers.

The Axis also included the equally racist and bloodthirsty (because – gasp! – people other than ‘whites’ can be racists) Japanese Imperial Forces, which had killed, maimed, brutalised, and raped uncountable millions of civilians across China, Korea, and Southeast Asia. The British lost tens of thousands of troops fighting the Japanese in Asia. The Fourteenth Army, the British and Commonwealth’s main fighting force in the region, was perhaps the most diverse in history, with some 40 languages being spoken by its soldiers.

Faruqi, who emigrated from Pakistan and who is a Muslim, should perhaps remember that Islam only entered what is now Pakistan through the conquest and subjugation of the Sindh Kingdom in the eighth century C.E., led by Muhammad ibn Qasim.

She might also remember the almost 800-year period of the al-Andalus when the Berber commander Tariq ibn Ziyad subjugated the indigenous Visigoth Kingdom and the Muslims ruled most of the Iberian Peninsula as an imperialist power. Or the Ottoman Empire, one of the largest expansionist empires in history.

The 600-year-long Sunni Muslim Empire conquered large swathes of North Africa, including Egypt, as well as European territories that included Greece, Bulgaria, Hungary, and Romania, and had reached the gates of Vienna before being repelled by a coalition of European forces in 1683. Greece only regained independence in 1829. Other European territories were lost by the Ottoman Empire during the Balkan Wars, as recently as 1913.

So, when Faruqi spouts cheap, prefabricated insults like ‘racist empire built on stolen lives, land and wealth of colonised peoples’, while she might not feel a fool, she certainly looks like one.

Anyone who knows anything about Elizabeth II should have an inkling that one of her major achievements was to have accelerated the decolonisation process, overseeing the transition to independence of over 20 countries. While colonialism has been tried by almost every notable civilisation, from Portugal to Turkey to Japan, it must be noted that the decolonialisation of the British Empire is unique for its comparative peacefulness. It is not an accident that the Commonwealth of Nations remains a thriving entity.

Perhaps it is easier and more emotionally satisfying for those on the farthest corners of the Left to operate under the delusion of a black-and-white interpretation of history and global affairs. But reality and truth are stubborn things that will not simply change to placate brittle egos. And the insistence of a false reality, whether out of ignorance or cynicism, only does harm to all the virtues the Queen stated back in 1957 – morality, honesty, and self-restraint in both personal and public life.

The Queen, on the other hand, lived up to those virtues.

Her last 18 months must have been very difficult. She lost her husband of more than seven decades only last year; she had to deal with the public disgrace of the credible accusations of sexual assault pointed at her son Andrew; she had Covid earlier in the year; and she had to endure the relentless and vague mud-flinging from Meghan Markle and her grandson Harry. Yet, throughout these trying times, she always carried out her duties immaculately, without a moment of self-pity. In her last days she reminded me of Tennyson’s Ulysses, which ends stirringly:

Tho’ much is taken, much abides; and tho’

We are not now that strength which in old days

Moved earth and heaven, that which we are, we are;

One equal temper of heroic hearts,

Made weak by time and fate, but strong in will

To strive, to seek, to find, and not to yield.

Despite those who try to use her death to divide, the passing of the woman whose understated merits has only coalesced peoples around the world, across class, across race, and across creed.

If only some of our modern-day politicians had an iota of the grace, wisdom, stoicism, and self-restraint of Queen Elizabeth II. May she rest in peace.