Ukraine: The Mess that Victoria Nuland Made 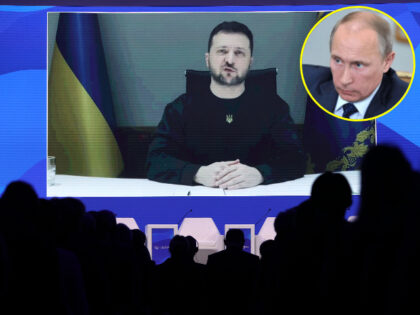 Incredible footage revealing just how extensive the US involvement was in the overthrow of the democratically elected Ukraine government in 2014.
.
Victoria Nuland admits to funnelling $5 billion into orchestrating the overthrow.
No sooner is she off the plane from Ukraine and she attends a dinner sponsored by Chevron. (The same company that the ATO fined for tax evasion here in Australia.)
.
Gotta love it. $5 billion of taxpayers money used to protect the interests of big oil companies. And that was just the start back in 2014.
This has to be taken with a grain of salt. DemRats & Deep State involvement in Ukraine are not only made to “protect the interests of big oil”.
Any premise that the West is governed by Liberal Democratic governments is well and truly dead. Fascism is well and truly flourishing.
.
Her speech claiming to be promoting Democracy is a joke. She has just helped overthrow a democratically elected government through violent means.
Change in governments occur via the ballot box at elections not via violent protests outside the Parliament that forces elected representatives to flee the country.
.
Then there are the meetings attended by John Kerry in Germany with the soon to be installed future President, no doubt getting his orders. Members of the current Biden administration were there as well.
.
The overthrow of the democratically elected Ukraine in 2014 makes a mockery of the US Democrats and Barack Obama. The Russian Collusion argument used by Hilary Clinton in the 2016 campaign was no doubt a part of the plan to draw the US into war with Russia. While Trump stopped that, the deep state continued to persecute the Russian speaking minorities in Eastern Ukraine through arms shipments.
.
The ethic cleansing should be called out for what it is, along with the unjustifiable regime change.