Bethlehem â€“ Ma’an â€“ With the Monday morning start of Ramadan, the Islamic month of fasting, Israeli forces gave directives to soldiers manning 470 checkpoints in the west Bank to avoid eating in front of Palestinian citizens when they pass through checkpoints.

The directives also instructed soldiers to avoid smoking and drinking in front of Palestinians as a sign of respect for those who fast as a religious act.

Well, at least he didn’t do it from the Republican National Convention floor. Thank Heaven for small favors. I’ve added my own commentary in brackets. And by the way, no matter who replaces Bush,Â this pandering message will continue:

I send greetings to Muslims observing Ramadan in America and around the globe.The holy month of Ramadan is a special time of prayer, fasting, and service [DS: and Muslims killing each other and trampling each other to death on the Hajj].Â For Muslims, these days commemorate the revelation of God’s [DS: allah’s, not G-d’s]Â word to the prophet Muhammad [DS: various Jewish and Christian beliefs plagiarized by cultist moongod worshippers]Â in the form of the Qur’an [DS: and a reminder of their duty to deceive, cheat, and kill infidels, unbelievers, and apostates].

Yusuf does the Ramadan too…

From our ‘howling at the moon’ series:

Downunder: Â Sharia-advocate Yusuf Irfan sez “Muslims too dumb and disorganized to establish caliphate in Oz just yet”, Â and “those who believe otherwise should be relegated to the lunatic (or should that be lunar-tic?) fringe.”

“As far as organised religion goes, Islam would have to be the most disorganised religion on earth. It isn’t just that fact that Muslims are forbidden alcohol that leads me to believe they couldn’t organise a piss-up in a jihadi brewery.” More…

* Â Put your trust in Yusuf! Â All’s well, back to sleep, you Islamophobes, you!

(The ‘piss-up in a brewery’ line was used by the shyster who represents the jihad apes around Nacer Benbrika, currently in the dock in Sydney. Yusuf merely parrots it… he’s not that original) 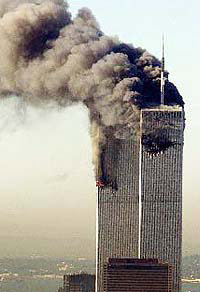 Bush: “I thank the men and women of the Muslim community

for their contributions to America.”

I thank the men and women [DS: second-class chattel possessing uteruses]Â of the Muslim community for their contributions to America [DS: money laundering, mortgage fraud, Hezbollah protests, immigration fraud, sham marriages, extremism, the shooting at the Seattle JCC, the spread of jihad].Â Your love of family [DS: honor killings, forced arranged marriages for underaged daughters, etc.],Â and gratitude to God [DS: gratitude to allah, disrespect of Christian and Jewish beliefs]Â have strengthened the moral fabric of our country. Our Nation is stronger [DS: farther along the path of becoming a Muslim nation]Â and more hopeful [DS: of our chances of committing national suicide]Â because of the generosity [DS: while they defraud and leech off of Medicaid, welfare, food stamps, etc., they make millions in donations to HAMAS and Al-Qaeda “charities” that fund terrorist attacks],Â talents [DS: making twin skyscrapers disappear faster than David Copperfield, ability to lie to the FBI, buy disposable cellphones and send them overseas for conversion to IEDs],Â and compassion [DS: honor killings, harassment of women]Â of our Muslim citizens [DS: and tens of thousands of Muslim student-visa holders and illegal Muslim aliens, whom I allowed into the U.S., never to leave].Laura and I send our best wishes [DS: and look forward to our upcoming gazillion dollar speaking deals in the Gulf].Â Ramadan Mubarak. [DS: Next Ramadan with Barack.]

Exit question: How many Muslims will die at the hand of other “peaceful” Muslims this Ramadan? How many homicide bombings between Muslims in Iraq? Elsewhere in the “peaceful” Muslim world? How many will be trampled to death at the Hajj in Saudi Arabia?

Ramadan . . . the natural selection of Islam, though not quite selective enough.

* Â  “Our Nation is stronger and more hopeful because of the generosity, talents, and compassion of our Muslim citizens.” 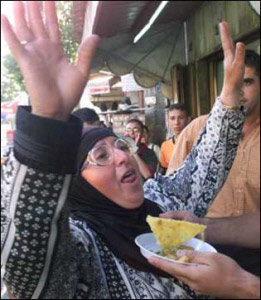