And they (the disbelievers) schemed, and Allah schemed (against them):Â and Allah is the best of schemers.Â (3:54)

And when those who disbelieve plot against thee (O Muhammad) to wound thee fatally, or to kill thee or to drive thee forth; they plot,Â but Allah (also) plotteth; and Allah is the best of plotters.Â (8:30)

$30 billion in military and economic aid, and debt forgiveness, has been lavished by the American government on Pakistan, and on Bush’s loyal friend Musharraf — whom he not only could count on, but who of course would remain forever in power, since late 2001 alone.

What have we gotten for that money?

Who will probably only funnelÂ someÂ — notÂ allÂ of it — to theÂ Taliban. “US reimburses $365 million to Pakistan,” from theÂ Daily Times, September 6 (thanks to Jeffrey Imm):

WASHINGTON: The United States has reimbursed a tranche of $365 million to Pakistan from the Coalition Support Fund. Pakistani diplomats headed by Ambassador Husain Haqqani interacted with Pentagon and State Department officials for the release of the reimbursement, the state-run APP news agency reported.

*Â Fitzgerald: How much more money will flow to Pakistan?

Regular readers of Jihad Watch have known for years that Musharraf and Co. were talking out of both sides of their mouths, pledging support for the war on terror on the one hand while aiding the jihadists on the other. Now direct and abundant confirmation of this comes from, of all places, The New York Times.

“Right at the Edge,” by Dexter Filkins, link to JW

And before that, decades of non-stop aid, especially military aid — including top-of-the-line F-16s — have gone to Pakistan, aided by the devotion of generations of American diplomats and generals, so enamored of those ramrod-straight terry-thomas-moustachioed Pakistani generals. They regarded them as our true-blue allies not despite but because of Islam, for Islam was seen only, by the Dulles brothers and those at that uncomprehending level, as a “bulwark against Communism,” comparing so favorably with those Indians, seen as oily, untrustworthy and marxisants — that America-bashing Krishna Menon with his New Left Book Club subscription, that supercilious Jawaharlal Nehru with his Fabianism presumably intact. Why else would he have allowed the Soviets to build a steel mill for the Indians, were he not untrustworthy? 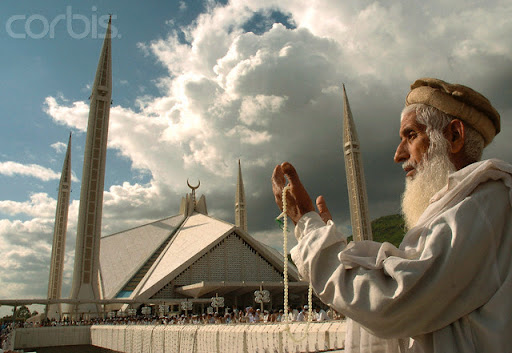 What did we get for all that military aid, all those advanced planes, that we delivered to those Pakistani generals who have been impressing members of the American government and its military for the past fifty years, ever since the days when the military alliance of CENTO (Turkey, Iraq, Iran, Pakistan, the U.S., Great Britain) seemed to be just the ticket.

Not much has changed.

It has taken America and the world a long time to figure out that the Pakistanis — all of them, even the least Muslim and seemingly the most Western of them â€“ are not trustworthy friends. See, for example, the late Pinky Bhutto, whose happiest days were spent walking from Briggs Hall to Nini’s Corner to buy newspapers and magazines, unaccompanied by bodyguards, but who can be seen on YouTube ranting hysterically as she calls for Jihad against Hindus in Kashmir. It has taken a long time, and a lot of money, for Americans, and still today only a few do see it.

If the government of Pakistan today dares to criticize the Americans for taking the most minimal measures to stop the Taliban (and Al Qaeda) from wreaking havoc in Afghanistan, the same Pakistani government that continues to protect, continues to make unavailable to American interrogators the sinister I.S.I. man, A. Q. Khan, and if the Pakistanis continue to stand in the way, then let’s simply cut the whole country off. We should not only cut off all aid, but also cut off Pakistan’s ability to export goods to America and the rest of the West. And in tandem with Great Britain, we should end all ties to Pakistan, and end all immigration — including that phony “family reunion” business — from Pakistan. And at the same time we should make it a point to investigate the tax-paying practices of Pakistani-owned “convenience stores.” Oh, and we should check to see how many are here illegally — a recent New Yorker article on shoplifting rings mentions that one of the most successful of such gangs consisted of “thirty Pakistanis, most of them illegal immigrants, some of them the owners of convenience stores.” We should also check out the rug stores — how many of those Pakistani rug dealers sell rugs made by child labor, Christian-child labor, in Pakistan?

At the same time, we should systematically put pressure on, investigate, and find out all the ways that Pakistani immigrants have fiddled the system, both here and in Great Britain. It wouldn’t be hard to use the tax laws, and other laws, to reduce to manageable proportions the threat some pose, and to change the behavior, if not the real attitudes, of others, as they begin to realize that they are not home free, as too many Muslims appear to believe. Too many Muslims appear to think that they can continue to press and make demands when they are vulnerable to such investigations of their commercial and tax-paying practices.

We want that thirty billion dollars we have in the last seven years lavished on a mendacious and largely unhelpful Pakistan back. We want it now.